Thursday in England: Allison is expected to return to the Liverpool goal, Jote may also get minutes against Chelsea - Walla! sport

A direct battle for the top 4: Tuchel, who has beaten Klopp only once, will hope to survive the visit to Anfield (22:15, Sport2). Will Tottenham continue their momentum against Fulham?

Thursday in England: Allison is expected to return to the Liverpool goal, Jote may also get minutes against Chelsea

A direct battle for the top 4: Tuchel, who has beaten Klopp only once, will hope to survive the visit to Anfield (22:15, Sport2).

Will Tottenham continue their momentum against Fulham?

Summary: Liverpool come back to win, 0: 2 over Sheffield United (Sport 1)

The 29th round of the Premier League will continue tomorrow (Thursday) with three more games, with Liverpool hosting Chelsea for a direct battle in the battle for the top 4. Even before that, Tottenham will host Fulham, while Everton will try to continue the momentum against West Bromwich Albion.

Pep Guardiola: "21 wins in a row? We are only interested in the derby"

In a good and successful time, the champion managed to break a streak of four league losses with 0: 2 over Sheffield United, which narrowed its gap from fourth place to just two points.

Tomorrow she will meet the fifth-ranked, who herself is desperate to slip back into the top 4. Thomas Tuchel has not lost since being appointed to the post, but against Jürgen Klopp his balance sheet shows a lone victory in the 14 meetings between the two.

Allison, who missed the previous league game due to his father's death, is set to return to between the posts.

His compatriot Fabino may also return to the squad, while Diego Jote may see first minutes since December.

On the other hand, it is still unclear whether Thiago Silva and Callum Hudson Audoi will be eligible.

Reminiscent of oblivion this past week.

After the 0: 4 over Wolfsberger in the Europa League, the Roosters returned to the league and provided an equally impressive 0: 4 against Burnley, and in recent days it seems that Jose Mourinho has regained Gareth Bale.

Another win may return the visitors strongly to the picture of the struggle for the top 4, but it will not be easy: the Cottagers are below the red line, but have not lost in their last five games, in which they conceded a single goal in the aggregate.

Thursday in England: Allison is expected to return to the Liverpool goal, Jote may also get minutes against Chelsea - Walla! sport

Liverpool with 348 minutes without a home goal, Robertson: "We are not in the championship race" - Walla! sport

Liverpool with the worst defense in the league, Klopp: "Jota is better than I thought" - Walla! sport 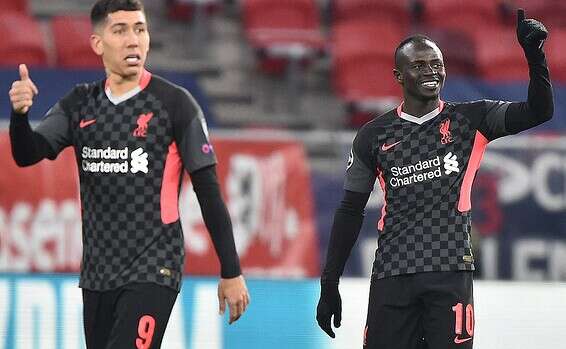 Changes in plans: Liverpool and Chelsea in battle for the top 4 | Israel today