Borussia Mönchengladbach after DFB-Pokal-Auf against BVB: What was it that ruined you?

The assistant coach is badly insulted online, the still coach is in crisis: Borussia Mönchengladbach is about to gamble away an entire season in a few weeks. 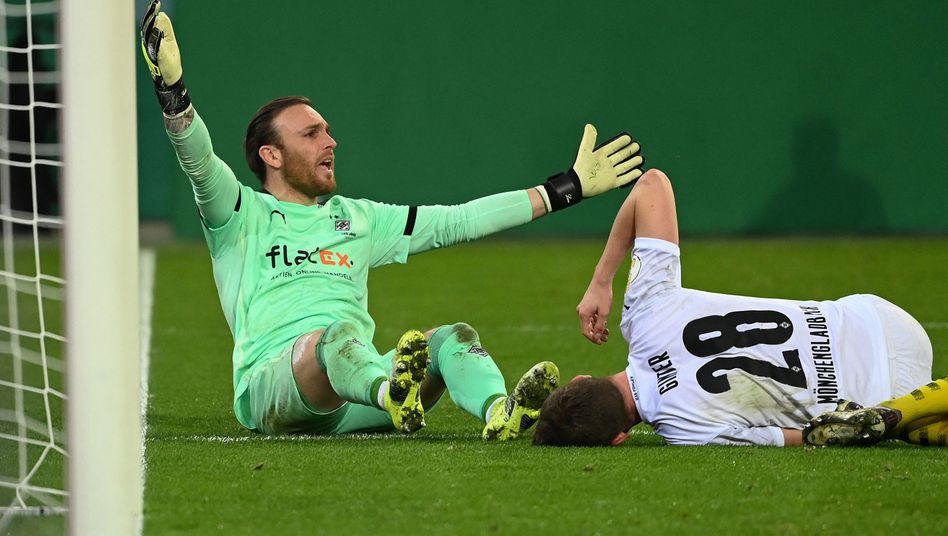 On the ground: Gladbach's Tobias Sippel and Matthias Ginter

A few days ago, a video shot a round through the Internet in which footballers like Toni Kroos and Niklas Süle read hate messages to draw attention to cyberbullying.

Your player agency, which commissioned the video, will have been aware that the short-term attention will bring but little improvement.

Nobody has to be a world champion and multiple winner of the Champions League to be offended.

It is enough to be an assistant coach at Borussia Mönchengladbach and after a defeat to show yourself arm in arm with a footballer who is playing for an opponent.

Maric was shown in front of an audience of millions in front of the TV screens with Dortmund's Erling Haaland, whom he once trained at RB Salzburg.

Not at all, judged a large part of the so-called network community.

"You wretched pisser" is listed as a substitute for the insults that Marić had to endure on Twitter.

He took it with remarkable sovereignty and even showed a certain understanding.

"Naive, emotional and thoughtless" was the spontaneous meeting with Haaland, which he will probably train again in the coming season.

"This situation challenges me"

Rose has been insulted for a good two weeks, not only on the Internet.

Since the change to BVB was announced, he has lost all four competitive games, in the quarter-finals of the DFB Cup, he was eliminated from his new club.

It was Dortmund's fourth win in their fourth game since it became known that Edin Terzić would have to make way for Rose in the summer and presumably fall back on a par with Marić.

He "doesn't care at all," said the BVB coach, he didn't win against Rose either, "but Borussia Dortmund against Borussia Mönchengladbach."

Rose, on the other hand, openly admitted for the first time: "This situation challenges me and of course it doesn't leave me behind without a trace." The fact that Gladbach's sports director Max Eberl swears his loyalty to him almost every day until the end of the season should probably help.

However, it has not helped the team so far.

An "unfortunate defeat", however, as she saw Rose, the 0: 1 was hardly before.

The Gladbach team only had very few chances, in the attacking third there was again a lack of precision, finesse and conviction.

In addition, Gladbach's performance fell significantly again in the second half.

Just like it was seen at the 2: 3 in Leipzig on the weekend.

And on Saturday the next task with a signal effect awaits with the home game against Bayer Leverkusen.

These are the weeks in which Borussia seem to gamble away the earnings of an entire season.

A game on a modest level

In general, the cup game was played on a modest level by two participants in the round of 16 of the Champions League.

Many attacks that looked promising were ended abruptly on both sides with bad passes.

One, however, was carried out precisely and at the highest speed, Jadon Sancho finished it off with the decisive goal.

The starting point of the attack was indicative of the current situation of the two Borussias.

Gladbach's Florian Neuhaus, who became a national player under Rose and has legitimate hopes of playing at the European Championship in summer, put the ball a little too far in front of him.

Nico Schulz, who has hardly played a role for months and only came on early thanks to the injury to Raphaël Guerreiro, intercepted the ball and started the counterattack that led to the semifinals.

BVB was especially better in this one attack.

Otherwise it was mainly the "fight", as Mats Hummels said without thinking, that brought the guests the victory.

The central defender praised his coach, who was "with a lot of fire", but "also with tactical knowledge".

The improvement under Lucien Favre's successor, which Hummels had already seen with poor results, is now visible to everyone.

This now has to be confirmed in the coming weeks.

The toughest test is already on Saturday.

Borussia Dortmund will then play for FC Bayern.

A clear defeat, as it happened so often to Borussia in recent years, plus a smile after the final whistle and a warm farewell to the former Munich colleagues - that would cause nasty insults on the various Hummels accounts in social networks. 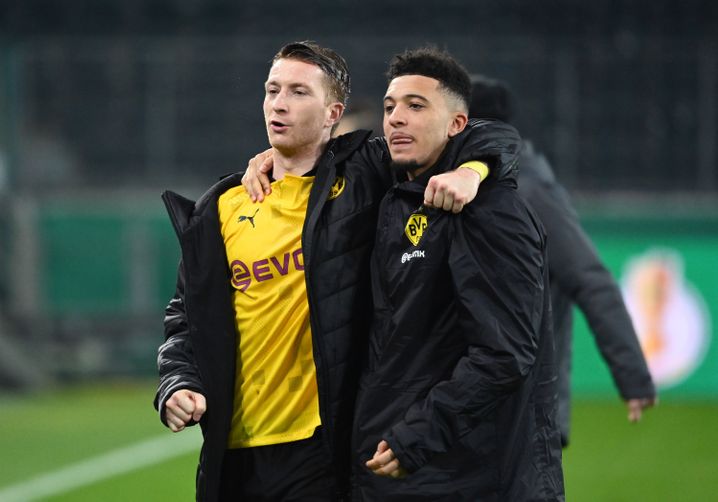 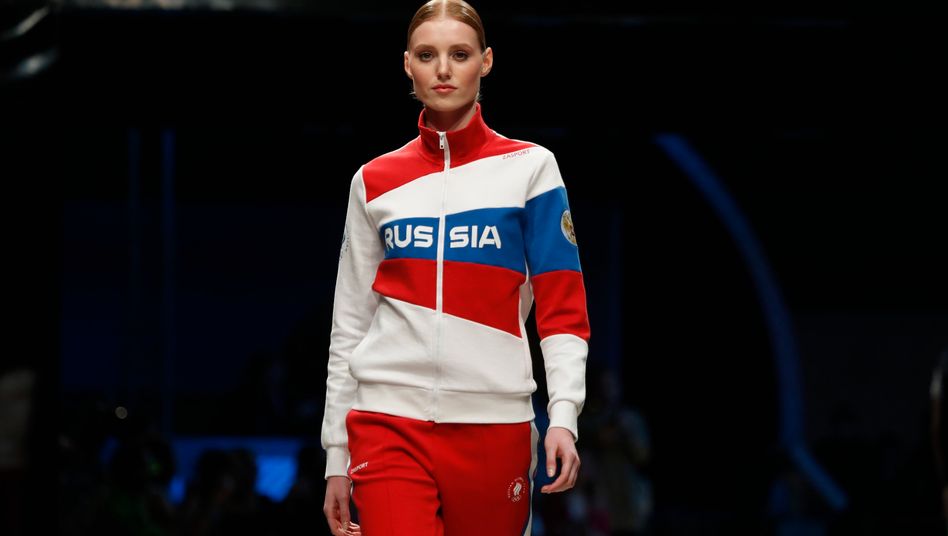