DFB Cup: Weghorst slips away on the penalty kick

RB Leipzig and VfL Wolfsburg fought a hard-fought cup duel with numerous chances. Wout Weghorst was unlucky on the point, while Yussuf Poulsen's stubbornness was rewarded. 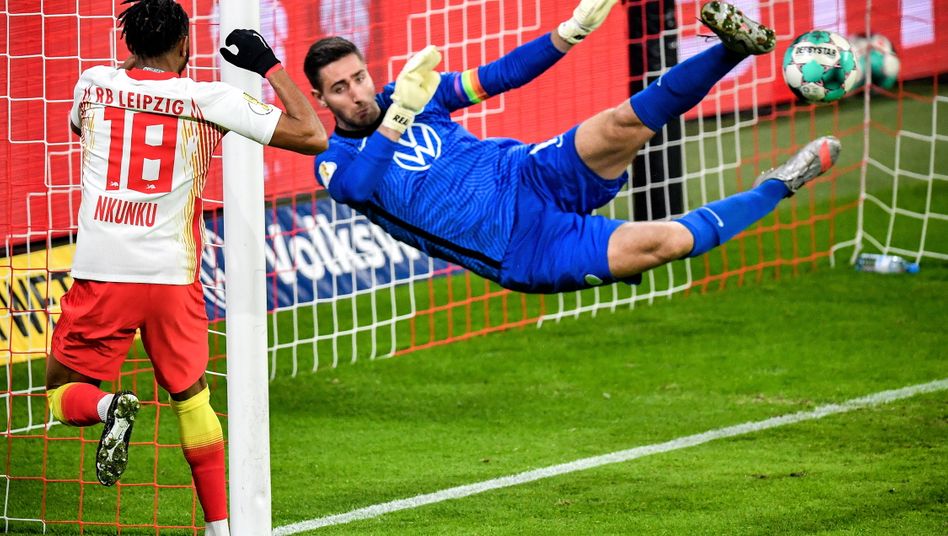 In the DFB Cup duel between second and third in the Bundesliga, RB Leipzig prevailed.

Thanks to the 2-0 (0-0) success against VfL Wolfsburg, Julian Nagelsmann's team is the third semi-finalist alongside Borussia Dortmund and Holstein Kiel.

The first goal was scored by Yussuf Poulsen (63rd), Hee-Chan Hwang made everything clear late (88th).

Before and after, both teams missed numerous opportunities.

RB initially set the pace, Wolfsburg only reacted - and was lucky.

Dani Olmo lobbed across the penalty area to Christopher Nkunku, who heads from two meters on the almost empty goal.

When Nkunku appeared in his own penalty area, referee Marco Fritz decided on a penalty for the guests after viewing the TV images.

The Leipzig offensive player caught Kevin Mbabu with the sole of his foot immediately after his shot.

Attacker Wout Weghorst took over, but slipped his standing leg and the ball flew far over the goal.

After Nkunku's preparatory work, Kluivert completed the flat left corner, but the assistant's flag went up because Nkunku was offside with Lukas Klostermann's flying ball.

After a through pass by Maxence Lacroix, Renato Steffen dribbled alone towards Gulacsi - and fails because of his strong foot defense.

The goalless half was indicative, because Wolfsburg conceded the strongest defensive in the Bundesliga with 19 goals against, RB conceded only one more.

Both teams played bravely, both had chances, and when Weghorst just missed Gulacsi after a free kick, the flag went up.

But then Poulsen took off against Xaver Schlager, and instead of crossing, he dribbled into the penalty area and hit with a low shot (63.).

At that time, Wolfsburg had conceded more than 800 competitive minutes without conceding a goal.

Brekalo almost equalized, and Mukiele deflected his degree to the outside netting.

Substitute Hwang made the decision when he used a ricochet after Emil Forsberg's shot. 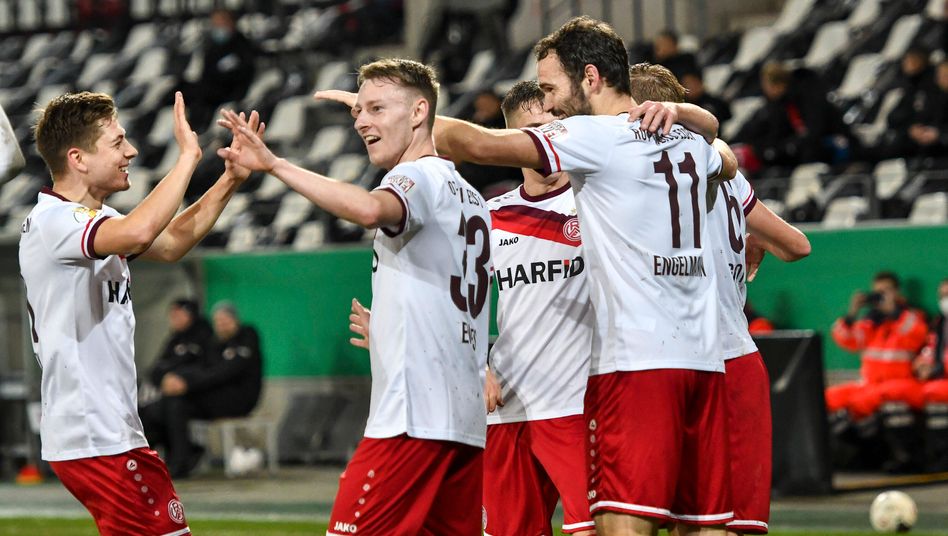 DFB Cup: Rot-Weiss gives itself and throws Fortuna out 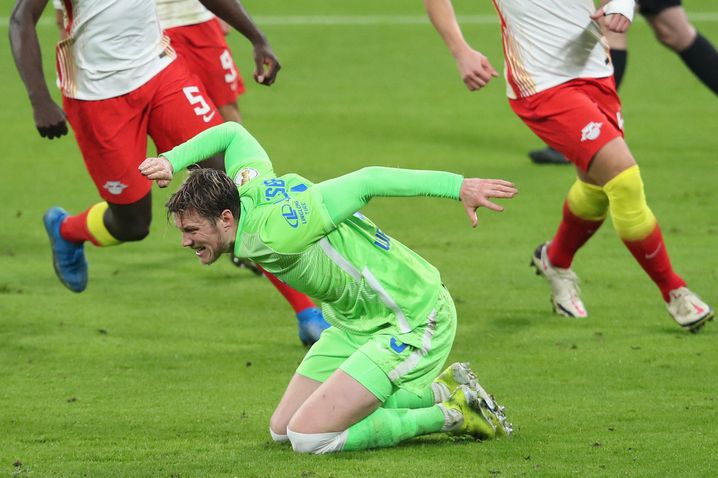 DFB Cup: Weghorst slips away on the penalty kick 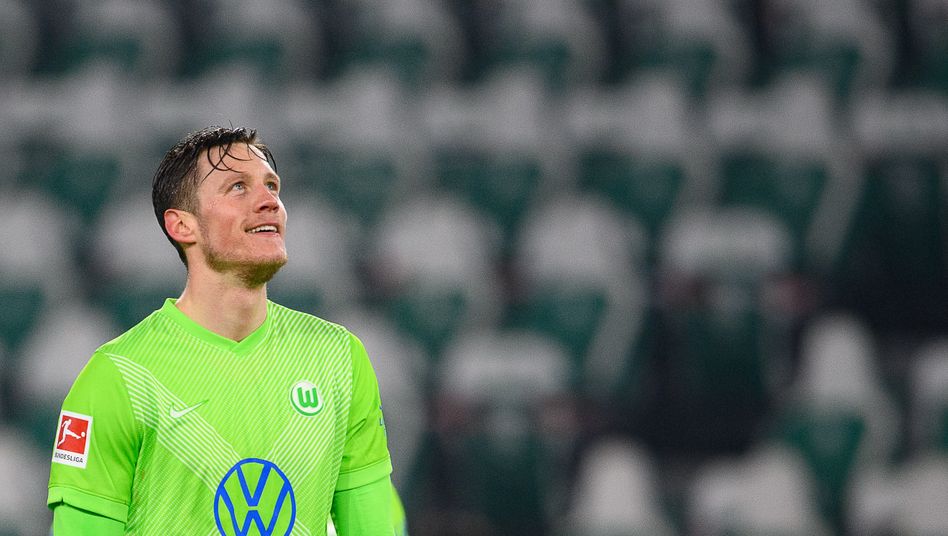 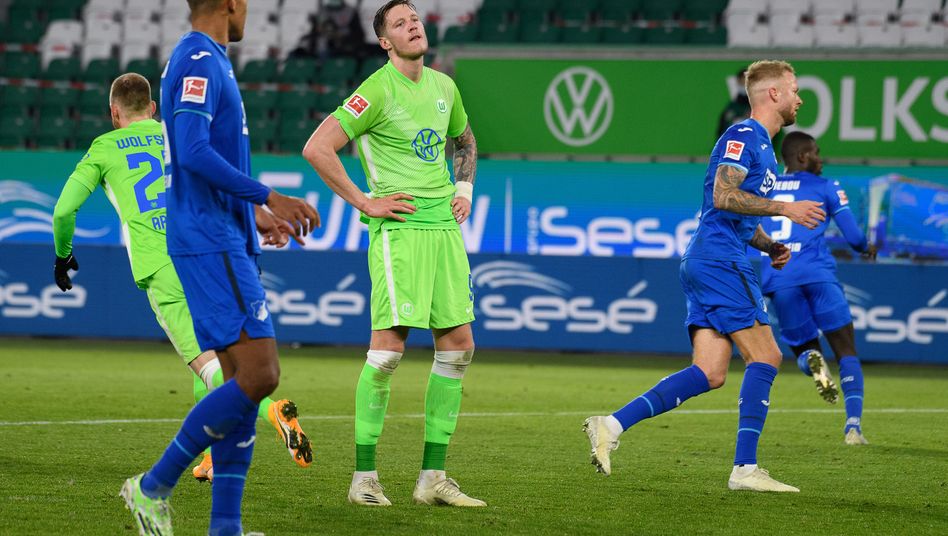 Bundesliga: Wout Weghorst ends the series of penalties with a miss 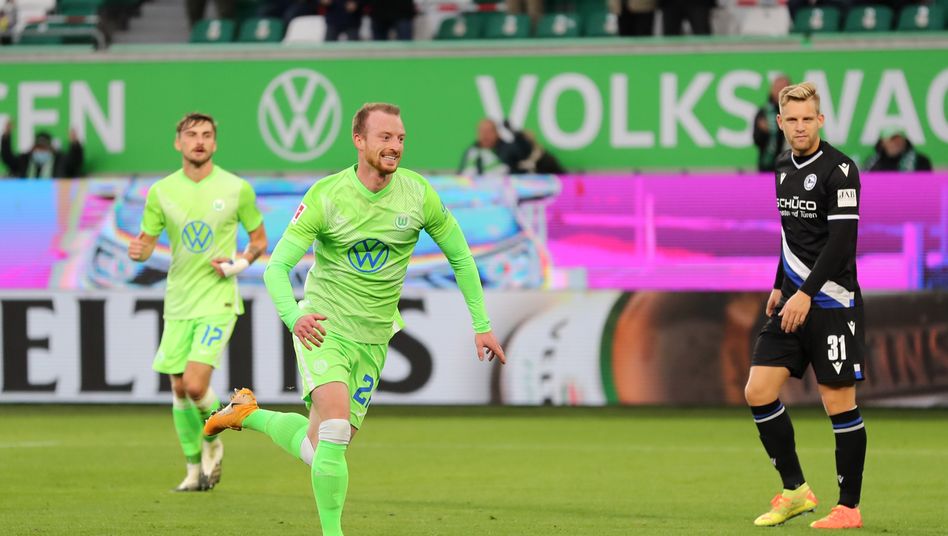 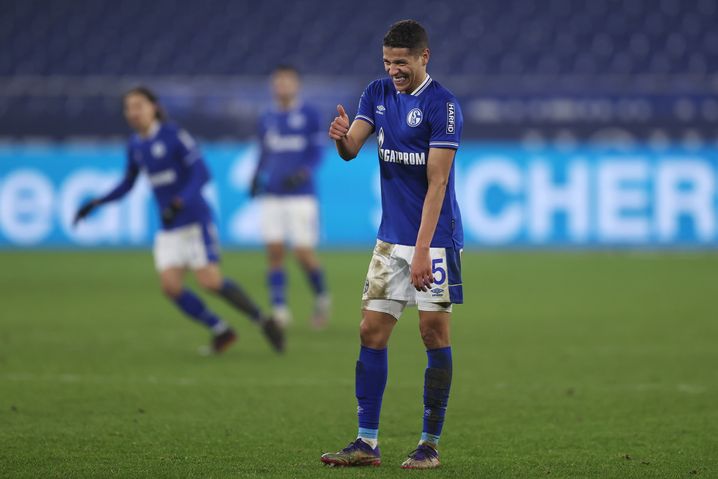