Rot-Weiss Essen is in the quarter-finals of the DFB Cup - a sensation. For the club this is not only extremely important in terms of sport: the traditional club fights for acceptance and fans. 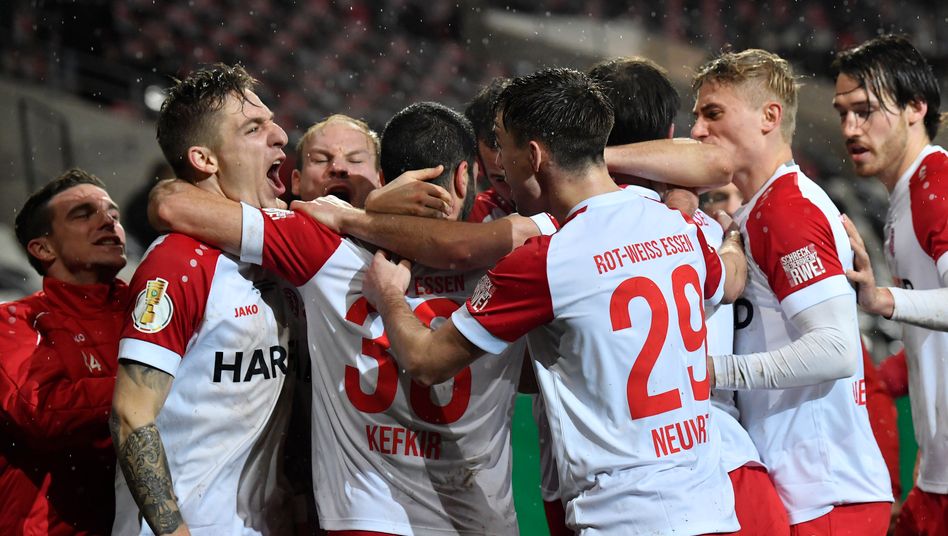 Rot-Weiss-Essen players after winning the cup over Bayer Leverkusen

On February 2nd, so it was read everywhere, a cup sensation took place.

Because he was "quite sure" even before the game that Rot-Weiss Essen would throw the Bundesliga club from Leverkusen out of the cup.

"Sounds strange, but the whole team had the feeling that we were going through," said the left-back from Essen.

"And that's the way it is again before the game against Kiel."

You can't get more of the Ruhr area.

And that, he says, also applies to RWE.

“The club is Pott, that's for sure.” Although the Pott and RWE are such a thing.

Because Essen is really hot, especially in the northern part of the city, which is cut up by the Autobahn 40.

The A 40 is the demarcation line between north and south here.

And between rich and poor.

In the south are the villa areas, the wooded hills, here is the Baldeneysee, where the Haute Volée runs its sailing ships.

Oliver Bierhoff and Jens Lehmann come from the south, they have never played for Rot-Weiss, but for Schwarz-Weiß Essen, the »patent leather club«, as they say at RWE.

Daughter with the middle name Helmut

Rot-Weiss - the spelling mistake is based on the capital letters in the coat of arms - is the Association of the North.

This is where the RWE fan cemetery is located, where fans can secure a final resting place near the grave of the club's founder Georg Melches.

This is where “RWE musician” Thomas “Sandy” Sandgathe lives, who put on a program on Wednesdays on the “Radio Hafenstrasse” fan station and gave his daughter the second name “Helmut” - in memory of the World Cup hero Helmut Rahn.

This is also where fans live who literally save the eight euros for a reduced standing room.

The north and RWE are inextricably linked, they say at the club.

About ten years ago the realization took hold that this also includes a responsibility.

Tani Capitain saw his first RWE home game in 1981 - and hasn't missed too many since then.

He is the managing director of the “Chances” association, which serves as the umbrella for around a dozen social and educational projects that have been run together with RWE since 2012 and are all based in the north.

In »Team III« people with and without mental disabilities play football together.

And in the »Seumannstrasse learning location«, on the premises of the youth training center, young people from the neighborhood receive professional help with their homework, and they also have a warm lunch.

At the moment, the educators are also looking after ten refugees who came to the country in 2015 and quickly learned the language.

“For them it would have ended after tenth grade.

But thanks to the individual support they are now on the verge of graduating from high school, «says Capitain, who is now getting going: In the rich Bredeney district, almost nine out of ten children switched to high school.

In Vogelheim, not far from the RWE Stadium, not even two out of ten.

"If you assume that the children in the south are no more intelligent than in the north, that's a scandal," he says.

Is the Baldeneysee the sea?

Capitain knows the north inside out.

And yet he too is often shocked.

On a vacation trip to Lake Baldeney, a primary school student once asked him if this was the sea.

Many had never seen a cow before.

Football, they say at RWE, cannot fix what politicians are failing to do.

But it has a potential that can be used.

"I recently went to a primary school around the corner with two players," reports managing director Marcus Uhlig.

“The pupils were literally stuck to our lips.” That was unfair, he added: “Some people have to laboriously work out the right address for the kids.

Others come from football and immediately get attention. "

Horst Hrubesch in the RWE jersey

Of course, RWE's social commitment is not unselfish.

In Essen you can also see hundreds of kids with Dortmund, PSG or Bayern jerseys.

The kids don't care that Rahn, the World Cup hero from 1954, was a red and white man.

They all come from RWE.

But hardly anyone knows anymore.

Nowadays, being a fan is no longer inherited, so it is important to draw attention to the football club in your own city again and again.

Especially since he has been playing sub-class for over a decade.

Since 2011, the regional league has been against Rödinghausen or the Gladbach U23.

Nevertheless, Essen has the best audience average of all 102 regional leagues.

At least in the third division it should go really soon again.

The chances are good.

Until last Friday and the 3-0 draw against the Düsseldorf U23s, RWE had not lost a competitive game for 13 months.

RWE has already raised one million euros this season from winning the cup.

With the money from the cup, they now trust themselves financially in the third division in Essen.

Much to the delight of Christian Flüthmann, who started out as head of the young talent center at the beginning of February.

The former professional trainer from Eintracht Braunschweig knows that he needs arguments if the top talents are to stay with the club.

The prospect of games in front of 15,000 spectators in the third division helps enormously, he says.

"After the win against Leverkusen, the whole city only had one topic, so many of the boys first really noticed the force this club can develop."

Defender Grund also cannot imagine what is going on in town when they actually throw the next favorite out of the cup in the quarter-finals on Wednesday.

What if it goes on for another round after that?

For fans of Bayern or Dortmund, says the defender, Berlin is nothing special anymore.

“But in Kiel, Regensburg or Essen people are so happy that 30,000 would travel to Berlin.

If necessary, also on foot. " 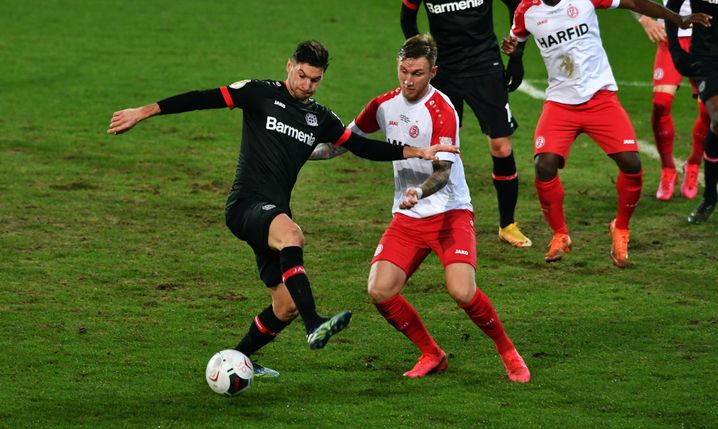 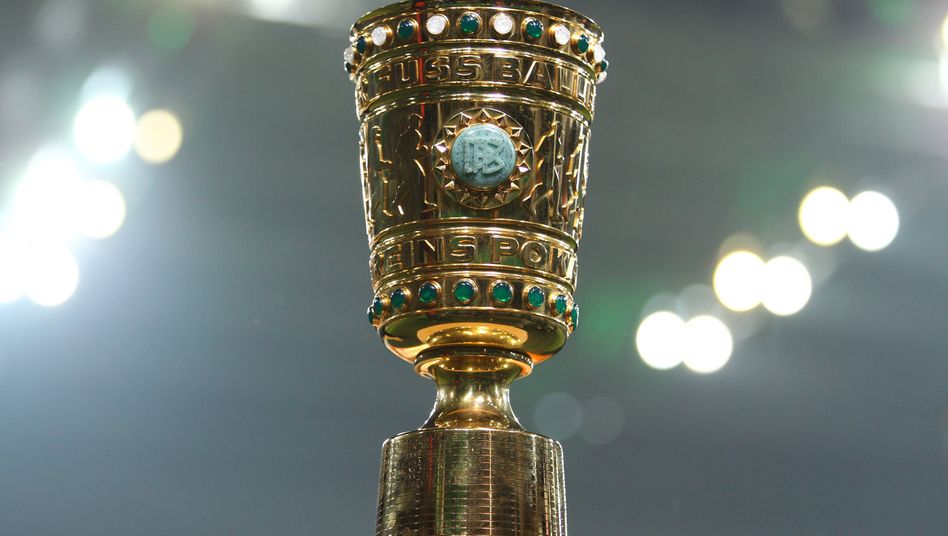 BVB will play against Marco Rose in the quarter

Draw for the quarter-finals of the DFB-Pokal: is it going to be a great duel in the Bundesliga? Prominent "Losfee"