Initially scheduled for June, the legendary event will finally be contested two months later. The organizers hope to be able to receive

In 2020, the 24 Hours of Le Mans had been postponed to mid-June, emblematic dates of the race which takes place the ... 24th week of the year, in mid-September due to the health situation.

A year later, the crisis is still present and, faced with the increase in positive cases of Covid and drastic health measures, the organizers had to resolve to this solution.

Pierre Fillon, president of the Automobile Club de l'Ouest (ACO), announced this Thursday that the 89th edition of the race, initially scheduled for June 12 and 13, was postponed to August 21 and 22 to "give it all. the chances of welcoming the public ”.

“This decision, although difficult to take, is the most appropriate,” explains Pierre Fillon in a press release.

We can't imagine organizing the 24 Hours of Le Mans without spectators for the second year in a row.

It is therefore our duty to do everything possible to achieve this essential objective while guaranteeing competitors visibility throughout the season.

If last year, the decision was late, this time “the ACO wanted to take this decision early in the season, in order to give maximum visibility to competitors, partners and spectators, as well as to keep the current calendar

”, continues the boss of the ACO.

We can't imagine organizing our race without spectators for the second year in a row.

We hope that this postponement will allow us to welcome more of you.

This choice is also motivated by economic reasons.

The 2020 edition, which was to be run in front of 5,000 people, was finally held behind closed doors.

Far from the point of financial equilibrium of such an event, considered one of the flagship events of the world automobile season, which is around 50,000 spectators.

By postponing the race to August, the organizers therefore hope that the measures will be lightened and that the circuit will be open to the public again.

Information relating to ticketing and the format of the postponed event will be communicated at the end of April, while the entry list is due to be announced on Tuesday.

This is the second major motorsport event to see its calendar affected by the pandemic in France.

The Paris Formula E (electric) ePrix, usually contested in April, was wiped off the map ... as in 2020. The Monte-Carlo rally, contested in January to open the WRC season, had to cancel his nocturnal races to respect the curfew and the circuit had been planed.

On the other hand, the 24 Heures Motos at Le Mans, scheduled for April 17 and 18, should be held behind closed doors.

The French Motorcycle Grand Prix at Le Mans is still scheduled for May 16.

The same goes for the Formula 1 Grand Prix at Le Castellet on June 27.

In the United States, the 1000 Miles of Sebring (Florida), which was to open the season on March 19, had been canceled and replaced by the 8 Hours of Portimao (Portugal) on April 4. 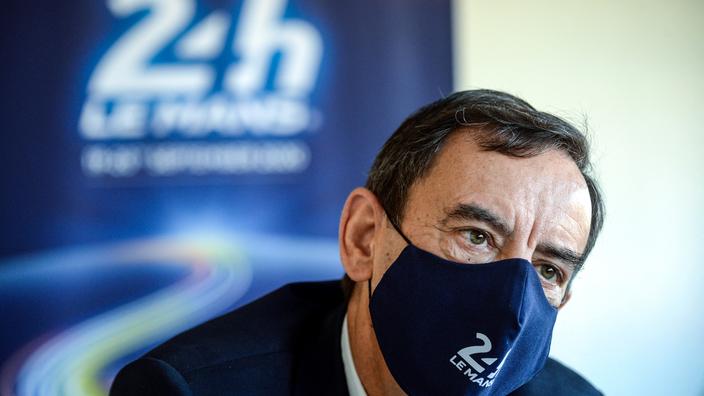