IN IMAGES, IN PICTURES. Emaciated faces, broken hands ... When the Vendée Globe exhausts the body

Agence France Presse has produced a superb series of portraits of Vendée Globe skippers, before and after the race. The images, often, 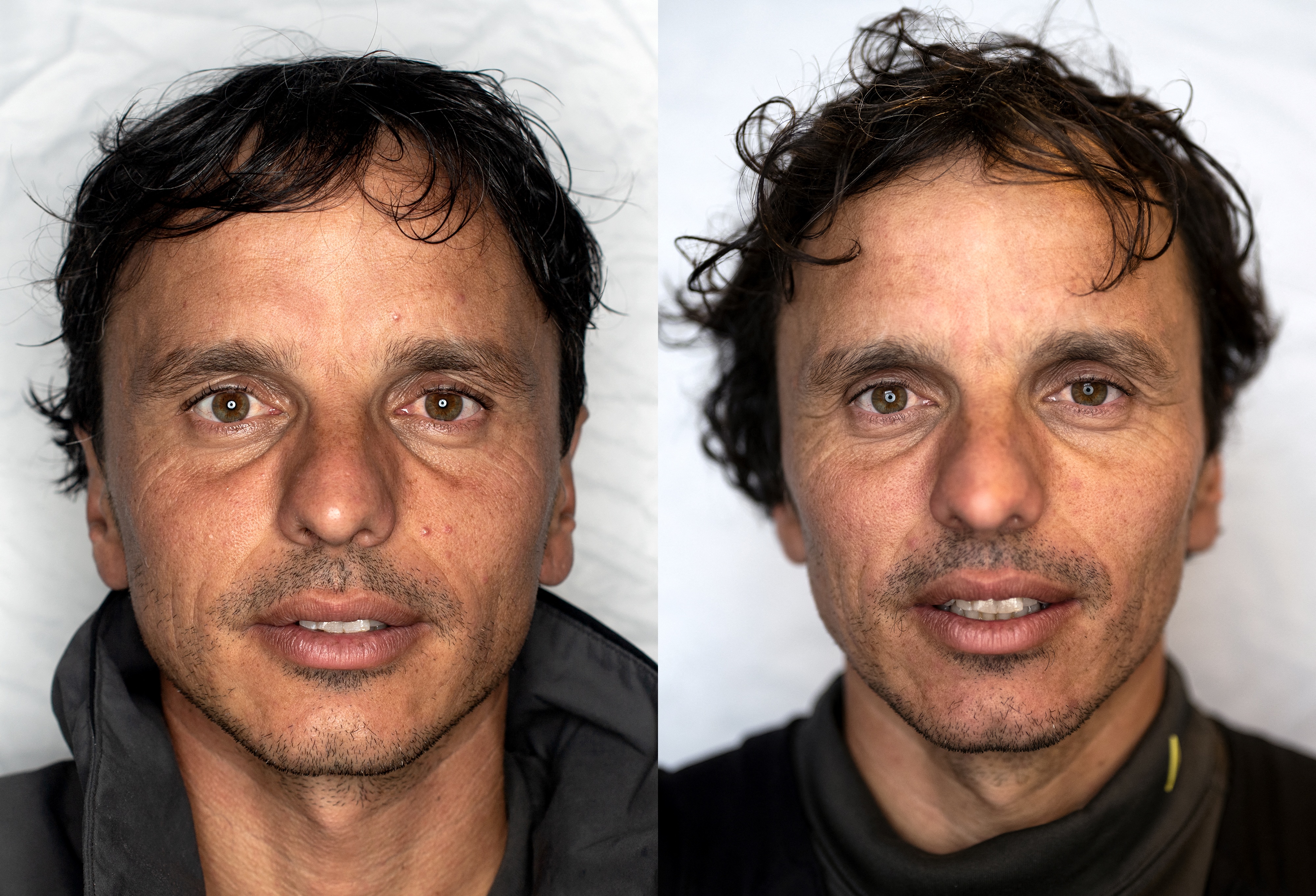 Never believe that sea races are less physically strenuous than any other sport.

While the last skipper engaged in the legendary Vendée Globe race, the Finnish Ari Huusela, has just crossed the finish line, Agence France Presse (AFP) and its photographer Loïc Venance had the rich idea of immortalize the faces and hands of each of them, before and after the race.

The result is edifying.

It alone testifies to the physical commitment inherent in the competition and the harshness of the solo epic.

The proof by the image.

The skipper Jean Le Cam, a few days before the start of the race, on November 11, and a few hours after his arrival, on January 29.

Let's start with one of the faces that has inevitably marked this edition of the Vendée Globe, the Frenchman Jean Le Cam, who saved Kevin Escoffier from the waters on December 1, southwest of the Cape of Good Hope off the coast of Africa. from South.

And who finished in a nice fourth place, even if he only sees it as "the place of the con".

At 61 years old, the old man, let's not hide it, already had some features of a man with a rich career.

But her journey also melted her face, and pushed her brown curls.

For her, it was a first.

Pip Hare completed her very first Vendée three weeks ago, she who got into competition late.

It took him 95 days, 11 hours and 37 minutes to be exact to cross the finish line, gleaning 19th place with a big smile on his face.

The harshness of the Vendée Globe, a nonstop and unassisted round-the-world tour, is not only visible on the faces.

Proof of this is with the French Jérémie Beyou, who also keeps the scars of the competition on his hands.

Clarisse Cremer has made a dazzling entry into the world of competition.

The beanie was still in place after France's Clarisse Cremer completed her world tour, joining Les Sables d'Olonne on February 3.

The young sailor of 31 did not miss her competition.

Arriving in twelfth place, here she is, the new holder of the women's single-handed round-the-world record in a monohull.

And this five short years after his debut in competition.

Didac Costa offered himself a night in Les Sables d'Olonne before crossing the finish line, because of the tide which forced him to wait.

Like Jean Le Cam, the face of the Spaniard Didac Costa has really been refined throughout his Vendée Globe.

The skipper completed his second consecutive round the world trip this year.

A remarkable performance for this amateur skipper, a professional firefighter.

IN IMAGES, IN PICTURES. Emaciated faces, broken hands ... When the Vendée Globe exhausts the body Vendée Globe: "no need for an end, you go nature", the moment when Le Cam says goodbye to Escoffier on video Charlie Dalin: "I said to Oscar, 'Daddy's going around the world and he's coming home'"

Vendée Globe: the breakers of Beyou, the “disgusting sea” of Tripon, the disappointment of Joschke… The best videos of the day "It's a bit hard": Sébastien Simon overwhelmed by emotion, alone at sea