The goal of the VAR was to increase the sense of justice in football and prevent injustices, but recently the system has produced the opposite result: trust in referees has been damaged, the sense of frustration is growing, and screen referees' decisions are much more outrageous than those of Kwon Limited. This is how it is when the law needs to be interpreted

What exactly did we ask for?

The VAR system only increases the distrust of judges

The goal of the VAR was to increase the sense of justice in football and prevent injustices, but recently the system has produced the opposite result: trust in referees has been damaged, the sense of frustration is growing, and screen referees' decisions are much more outrageous than those of Kwon Limited.

What exactly was the purpose of the VAR?

Create justice, or at least increase the sense of justice.

Avoid judgmental mistakes, which have led to frustration among the audience.

Stop scammers and divers in the plaza, put an end to the outrageous injustices that caused the crowd in the house to shout "How can the whole world see this, and the judge not?".

Everyone remembers what led to the demand for VAR: the reverse gears and technology made the gap unbearable, the mistakes were more transparent than ever.

Football cried out for help, and the introduction of the VAR was a must.

But the years go by, and the VAR is so oppressive and disruptive that the outcry is replaced.

Now, ironically, the result is the opposite: screen judges have only increased their frustration.

Past problems seem negligible and small.

It is better to have innocent mistakes of a limited judge, than outrageous mistakes of judges in front of a screen.

Sometimes the sense of justice seems to have diminished.

It's not that we're forgetting the world before VAR.

Everyone hates mistakes and errors of judgment.

We were all burned by them.

What was mostly annoying about them was the knowledge that most of them could have avoided.

A referee who can not be in every corner, a referee who is hidden, a referee who misses an event behind his back, Kwon who has to decide the fate of games on millimeters and fractions of a second - if only they would get help.

"What's the problem with putting a screen, a headset, something?", We said in our innocence.

Hapoel Haifa will send a letter of complaint to the referees' union: "Rob us, unequivocally"

When there is time to look and examine the incident in depth and interpret the law, and still the answer is not enough, one can go crazy.

Every fan has a traumatic misjudgment.

A game that was ruined because of a small error.

Disqualified exiles, exiles confirmed in sin, a whole world that sees a diver and a deceiver and there is nothing to do.

Football fans saw the world of sports advancing with technology, and only they were left behind.

In tennis, decisive points are millimeters, in football, every move is examined, in basketball, the clock is checked and every tenth of a second is fought, and only football lags behind.

The VAR was supposed to stop this nightmare.

It was clear that the beginning would be difficult.

It was clear that the flow of the game would stop.

We knew we did not like change and were reluctant to innovate.

With some of the problems we have completed.

We have become accustomed to the destruction of spontaneity, to the injury of an erupting emotion, to the fact that a player cannot celebrate a goal with a quiet heart, until the game is not renewed.

We got used to actors directing themselves and reacting theatrically to the camera, hoping it would pick up some small blow that would lead to a dismissal.

We adapted ourselves to a reality full of suspicion and skepticism, with each gate scrutinized - but we got used to it, like a player who conquers and immediately looks aside to see if the kwon is waving a flag, this is his life.

We also understand the need for changes in the constitution, in adaptations to a new reality.

After all, if there were no changes, to this day we would play with goals without a lintel, with a ban on making substitutions or taking out the injured, without the different law, etc., etc.

The viewer feels that he no longer understands or knows the constitution.

No, we have no problem with constitutional changes and adjustments.

The youngsters, for example, do not know it, but once upon a time the goalkeeper was allowed to grab a delivery hand from his teammate.

They would spend whole minutes like that, without shame.

Once upon a time no one but the judge knew exactly what extra time was.

Yes, those rules have upgraded the game.

The problem is the amount of changes and dosage.

I, for one, am not sure I know what exactly the law says about touching a wide hand and when it's a penalty.

And I consider myself a pretty serious football fan.

Watching hundreds of games a year.

And yet, sees a hand touch in the open, and not sure if "under the new constitution" is a penalty or not.

A close or unattached hand, when it is considered a deliberate touch and when not, what happens if the ball splashes from the body, or an opposing player, or from the grass, when the hand increases the volume of the body, who the hell knows.

Sometimes we too can not agree whether "it's Pendel" or "in life not".

Is it any wonder that everything is annoying?

Once three screen judges sit and look at the monitor and have time to think and analyze and talk to each other - and yet they arrive at an answer that does not satisfy the viewer, then trust is further damaged.

Not only does he feel that there is no justice because of a human limitation - he is even more angry.

This is not a mistake, but a clown

But the problem is beyond that. Let’s say screen judges do know the constitution (unlike TV commentators, by the way, where anyone can say something different). The problem is fundamental, and it lies at the core of the law: sometimes the application of a law has to be interpreted. And when sailing, it can be taken in different directions. Some are strict, and some are lenient. Some see one thing, and some see another. In the game of Maccabi Haifa there was no difference because the striker did not threaten the brake, in a similar case in the game of Maccabi Tel Aviv suddenly it did differ because the striker did threaten the brake. Who determines when it is a threat? And why is the VAR called at all, if there is no reasonable doubt? But who determines what a "reasonable" doubt is? It is therefore no wonder that "there is no uniformity" either.

When it comes to a clear decision, it is clear, and in these cases the VAR is of course a blessing. The problem is that screen judges watch a controversial event, and have to decide. And remember, there are arguments between us too. You see a move in the open in dozens of repetitive gears, from five different angles, and you still can't agree: it's a penalty, it's not a penalty in life. Once a judge is required to decide within a second or two, the mistake can be understood. But once three screen judges sit and look at the monitor and have time to think and analyze and talk to each other - and they still come up with an answer that does not satisfy the viewer, then trust is further damaged. Not only does he feel that there is no justice because of a human limitation - he is even more angry. He feels betrayed. This is not a mistake, but a clown. An error is a scandal. Disgrace.

In any discussion on the subject the phrase "Imagine a world without VAR", or "Try to remember what was before", or "Now it is no longer possible to go back", always arises, and indeed we already take this system for granted, and do not appreciate the amount of errors it corrects Regularly. In my opinion, her contribution is greater than her harm. However, from time to time you come across games here without screen referees (this was the case in the State Cup, for example), and there is something nice about them. A little wilder, natural. Not only the knowledge that the game will not be stopped and delayed and delayed on nonsense (the new call at home, and certainly of the spectator on the field, is "What now do they want ?, What have they already seen?"), But especially in a likable sense of ancient and naive football, from those days Innocence and inevitability.

The judges' union claims: The VAR is back and Hapoel Beer Sheva's goal has been tested and approved - Walla! sport

The VAR is the referees' biggest enemy: the strange situation in the Premier League - Walla! sport

Hapoel Kfar Saba: "Angry at the farce of the refereeing against Hapoel Beer Sheva" - Walla! sport

The referees' union backed Greenfeld for canceling Seborit's penalty in the game of the season - Walla! sport 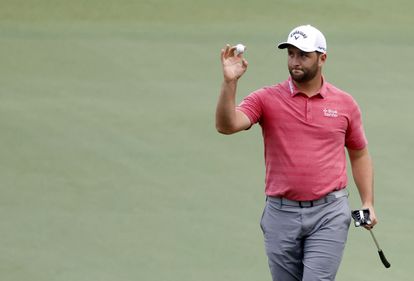 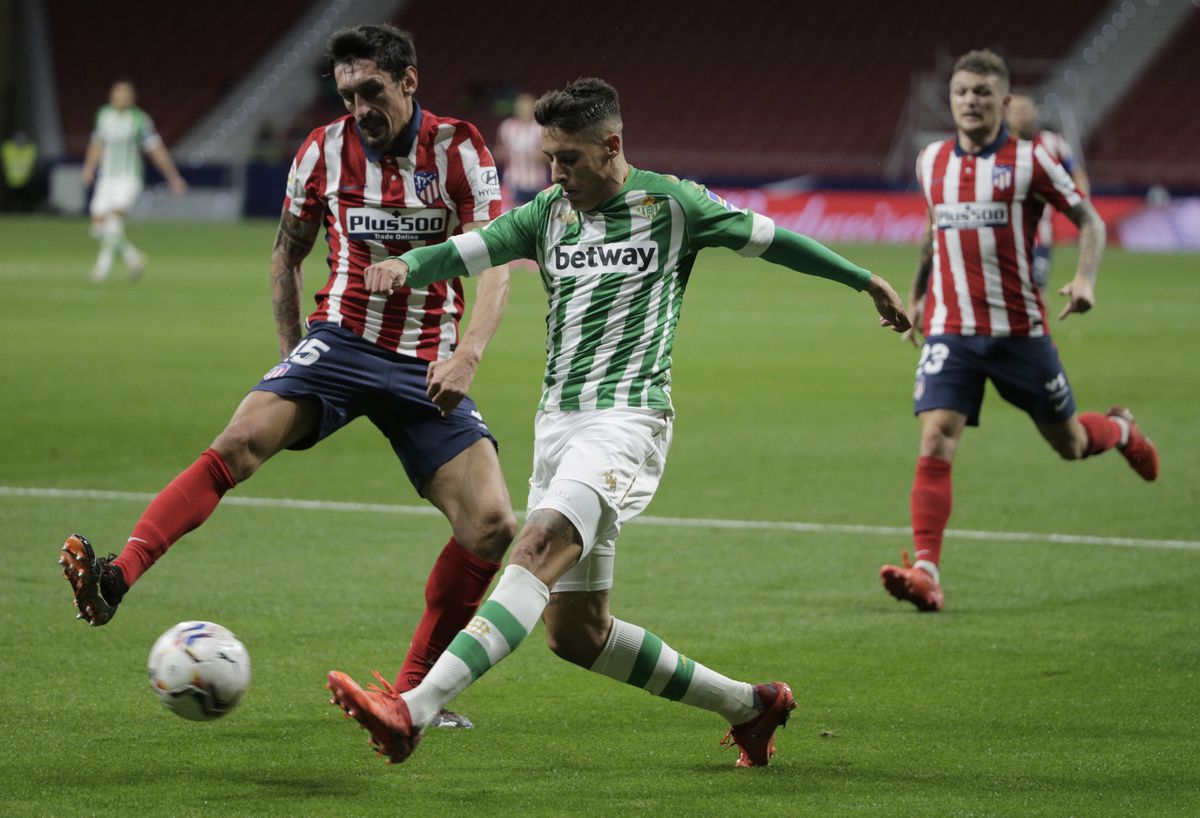