Won the first and second leg, that means quarter-finals: Chelsea FC continue to fight for the title in the premier class. Against Atlético, a quick counterattack via Havertz and Werner brought the preliminary decision. 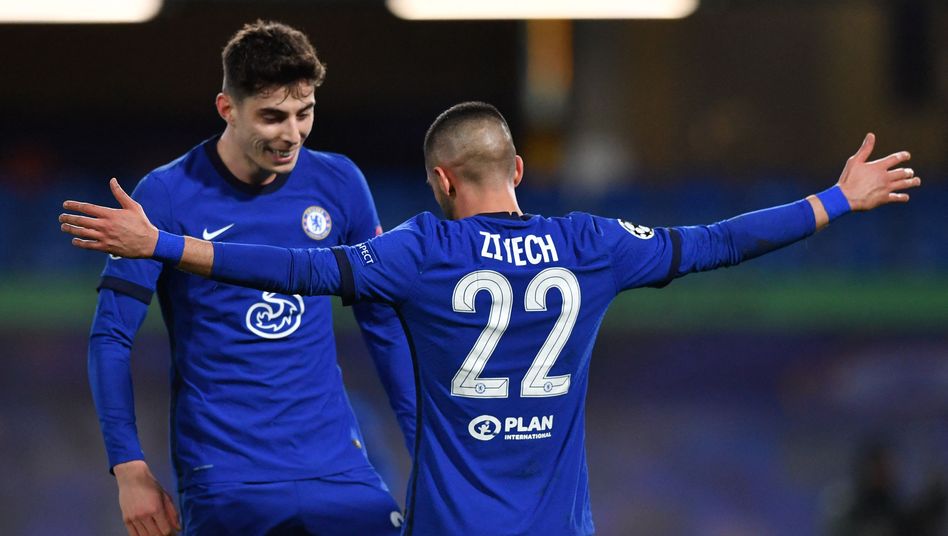 Chelsea FC are in the quarter-finals of the Champions League.

The Premier League club had already prevailed 1-0 in the first leg.

This means that Chelsea are still unbeaten under Tuchel.

The German coach has been training the Londoners since the end of January, there have been 13 games, nine wins and four draws under his leadership.

The club is also still represented in the FA Cup quarter-finals.

Atético had to make up a deficit from the first leg, but for now the Spaniards left the game to the opponent.

Chelsea FC had significantly more play, at times even over 70 percent possession, and yet hardly created any danger.

Timo Werner had the most promising scene in the 19th minute when he got a shot in the penalty area and pushed the ball to the left of the goal.

As clear as the dominance of the Londoners was, Atlético was not completely canceled.

The team became more active with quick forwards, Atlético was now higher - and the opponent took advantage of that in the 34th minute.

After winning the ball in his own half, things went quickly: Kai Havertz passed straight on to Werner, who marched into the Spanish penalty area and laid across to Ziyech.

With his shot, Ziyech was still a little lucky, Jan Oblak let the ball, which was not placed, slip through under him.

Shortly before the break, Mateo Kovačić had a great chance to make it 2-0, but his remarkable attempt from almost 20 meters landed to the left of the goal.

And Chelsea remained dominant even after the restart and had further opportunities for a higher lead through Werner (48th) and Ziyech (56th).

Past the coach: Suárez leaves the field

In the 59th minute, coach Diego Simeone took Luis Suárez, his best striker, from the field (18 goals of the season), the Uruguayan left with a grin, didn't clap the coach and looked rather unhappy about the substitution.

Atlético weakened itself in the 82nd minute: Stefan Savic had dealt with the elbow against Antonio Rüdiger and flew off the field with red.

Emerson put the finishing touches after a counterattack, he was substituted on shortly before.

The quarter-finals of the premier class will be drawn on Friday (12 noon).