Long-time Bayern professional Franck Ribéry apparently has to give up after two years at Fiorentina.

The Italian first division will

the expiring contract with the French, according to the Italian

, which is why the 37-year-old has been linked with a move to Germany.

brought Eintracht Frankfurt into play, although the Adler could not afford the former Bayern superstar just because of the high salary.

In the summer of 2019, however, there was a request from Frankfurt, as the professional confirmed.

Compared to the broadcaster

, the FC Bayern icon now spoke straight out about the current rumors about his person.

"My priority is Florence, I am really satisfied, I am happy," he said despite his contract with Viola which is about to expire.

“There are still a lot of games left, we still need a lot of points.

It's a big mission for me, ”said Ribéry, referring to the rest of the season, when his team has to prevent a possible relegation.

The former top team is seven points behind the first relegation place.

“I always want to help my team, my club.

I can't say anything about the future.

It's still too early, ”said the nine-time German champion.

Franck Ribéry before returning to Germany?

10:01 a.m.: Will King Franck be doing magic again soon in the Bundesliga?

Recently there were rumors that the Bayern legend could soon play in Germany again.

Because: Ribéry's current club Fiorentina wants to rejuvenate the squad.

The 37-year-old's contract expires in the summer, but the Frenchman is not yet ready to end his career - so the German elite league is also mentioned as a possible destination.

The speculation has picked up speed in the past few days - allegedly Eintracht Frankfurt should be interested!

The SGE had actually already contacted Ribéry's advisor, but that was shortly before he left Munich in 2019.

At that time you couldn't agree on a change.

Probably not today either.

Because on the left wing position, Eintracht is already blessed with one of the best Bundesliga players: Filip Kostic.

Even if the coveted Serb should leave the Hesse, they have already signed a replacement for the left wing in Frankfurt with Union Berlin's Christopher Lenz - albeit a bit more defensive.

Ribéry would also be too prone to injury and too expensive for the Eagles - after all, the former Champions League winner still earns a decent salary.

Even if it doesn't work out for Ribéry and Eintracht: the Bundesliga should still remain the goal of the super dribbler.

And besides the Frankfurters there would be 17 other candidates.

Franck Ribéry soon back in the Bundesliga?

Bayern legend has to leave Florence

More than a decade later, the mega-advertising from Nike at the time is still legendary and it was actually proven to be right: Franck Ribéry became the new King of Bavaria immediately after his engagement in the summer of 2007.

But then the laws of the modern football market took hold: new players, younger players - they should also have a chance of golden Bayern times. 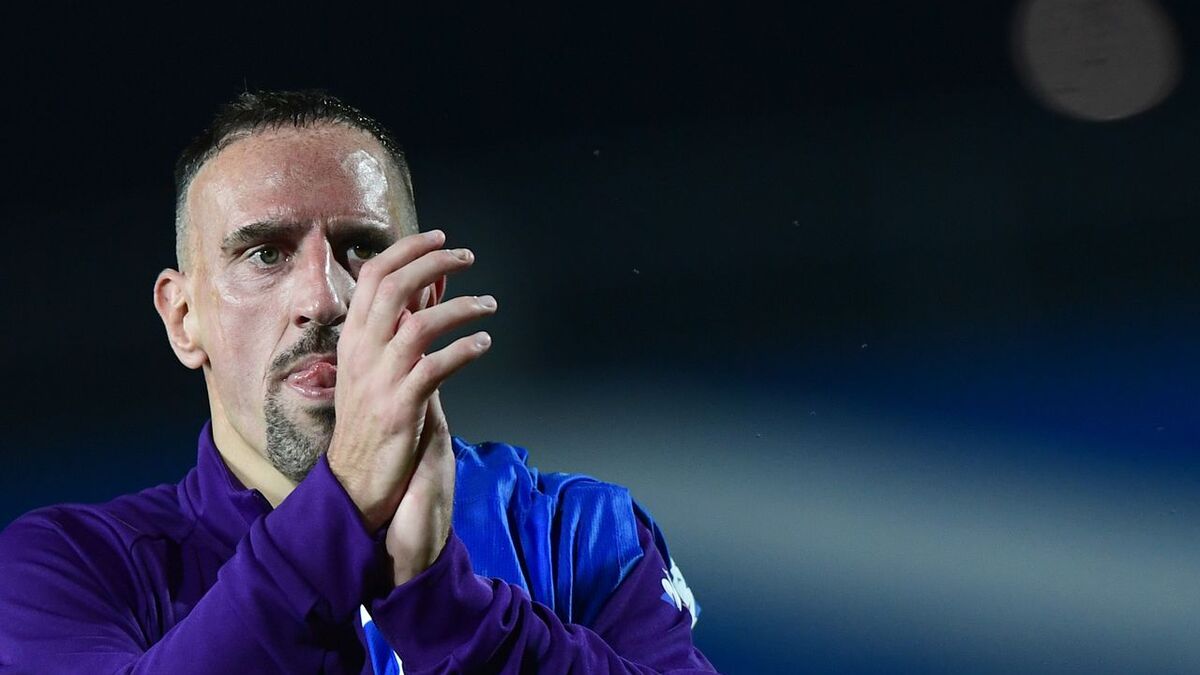