The German U21 national team will meet hosts Hungary at the start of the European Championship. Despite Corona worries, the DFB Juniors want to get off to a good start. The live ticker.

The German U21 national team will meet hosts Hungary at the start of the European Championship.

Despite Corona worries, the DFB Juniors want to get off to a good start.

A win against hosts Hungary is firmly planned for the start.

“Special times, special team” is the slogan of the German U21 team.

The DFB * juniors want to survive the group phase of the two-part U21 European Championship before the knockout phase should continue two months later.

The difficult pandemic situation in the high-risk country Hungary, which has already caused several corona cases at the host, should not affect the EM runner-up Germany in the fight for the quarter-finals, as well as the increased speculation about Stefan Kuntz's future.

The U21 coach is a candidate as Löw's successor in the summer. *

U21 EM: Germany against Hungary in the live ticker - mandatory victory for DFB juniors?

“We used the slogan 'Special times, special team'”, said U21 coach Stefan Kuntz * after the first, fun training session in Hungary: “Now we have to fill this sentence with life.

The circumstances are indeed special.

Only two days after arrival, things will get serious for the DFB team against hosts Hungary on Wednesday.

A single team training session had to be enough before the first kick-off.

"Then we'll just play a group game without any preparation," said Kuntz in the German team hotel on the shores of Lake Velence.

Against the Hungarians, a win should definitely be made, so as not to come under pressure before the knockout duel against fellow favorites Netherlands and in the final group game against Romania.

Kuntz does not take the host lightly.

“The Hungarian Football Association interrupted the matchday so that the U21s can have a training camp.

Regardless of who is on the pitch, the mentality will not be a group where you can score three points as you pass, ”said the 58-year-old.

U21 European Championship: Germany against Hungary in the live ticker - Dortmund's Moukoko ahead of the next record

With Ridle Baku there is only one player with experience in the senior national team.

The two youngsters Jamal Musiala from FC Bayern and Florian Wirtz from Leverkusen were appointed by Jogi Löw to qualify for the World Cup.

For this, Youssoufa Moukoko * was nominated for the first time by Kuntz.

The 16-year-old Borussia Dortmund striker could immortalize himself as the youngest player in the history of the U21 European Championship.

Nevertheless, Kuntz warned against having too high expectations of the teenager.

“The fact that Youssoufa was playing in the Bundesliga at the age of 16 speaks for his extraordinary talent.

But we work a lot with these talents, and we've seen a lot of talents fail, "said Kuntz:" That's why there is no point in lifting him somewhere where he is not yet. "Meanwhile, Kuntz confirmed Arne Maier from Arminia Bielefeld as a captain.

The goalkeeper question is still open.

In the three-way battle between Lennart Grill, Finn Dahmen and Markus Schubert, the Leverkusen Grill should have the best chance, as it is regularly used in the Bundesliga.

U21 EM: Germany against Hungary in the live ticker - German child prodigy ahead of the next record U21 European Championship: Germany against Netherlands in the live ticker - Spitting Dutch! "Can avenge us" 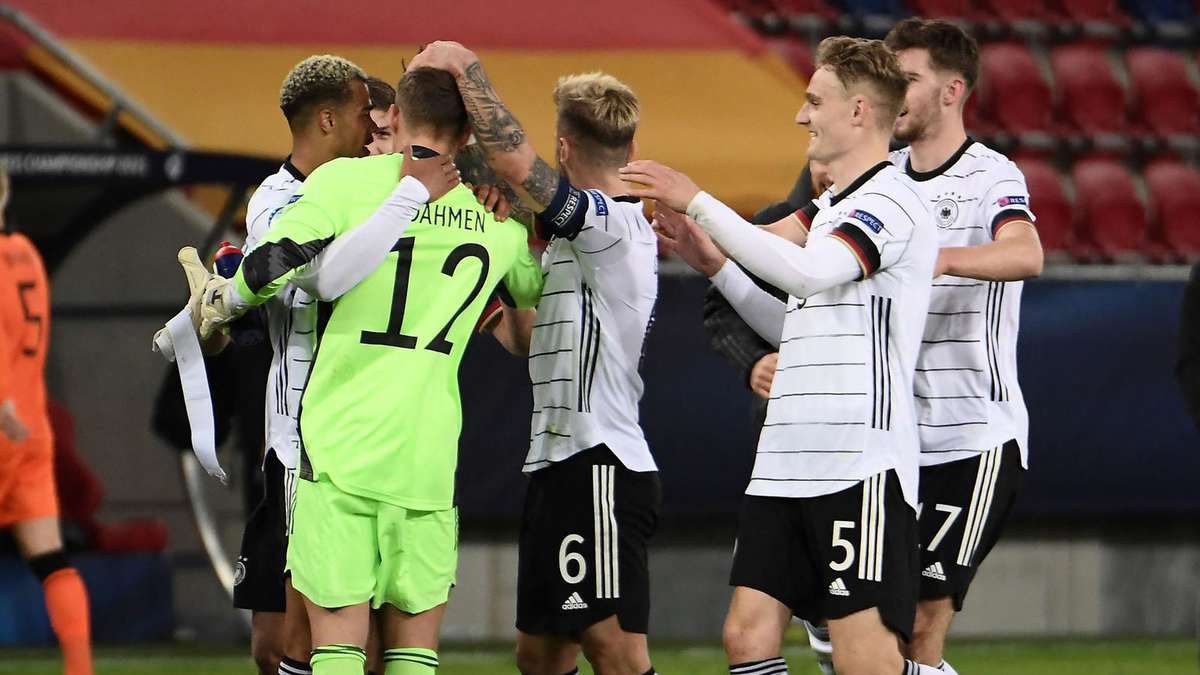 U21 EM: Germany is incredibly bock away from Keeper - commentator's son comes on

U21 EM: Germany is incredibly bock away from Keeper - commentator's son comes on

U21 European Championship: Germany strikes back late in the classic against the Netherlands - commentator's son comes on as a substitute