Bayern - PSG (2-3): "There will be no miracle for Lewandowski", announces Hansi Flick

The coach of Bayern Munich, who lost this Wednesday against PSG in the round of 16 first leg of the Champions League, hopes to reverse 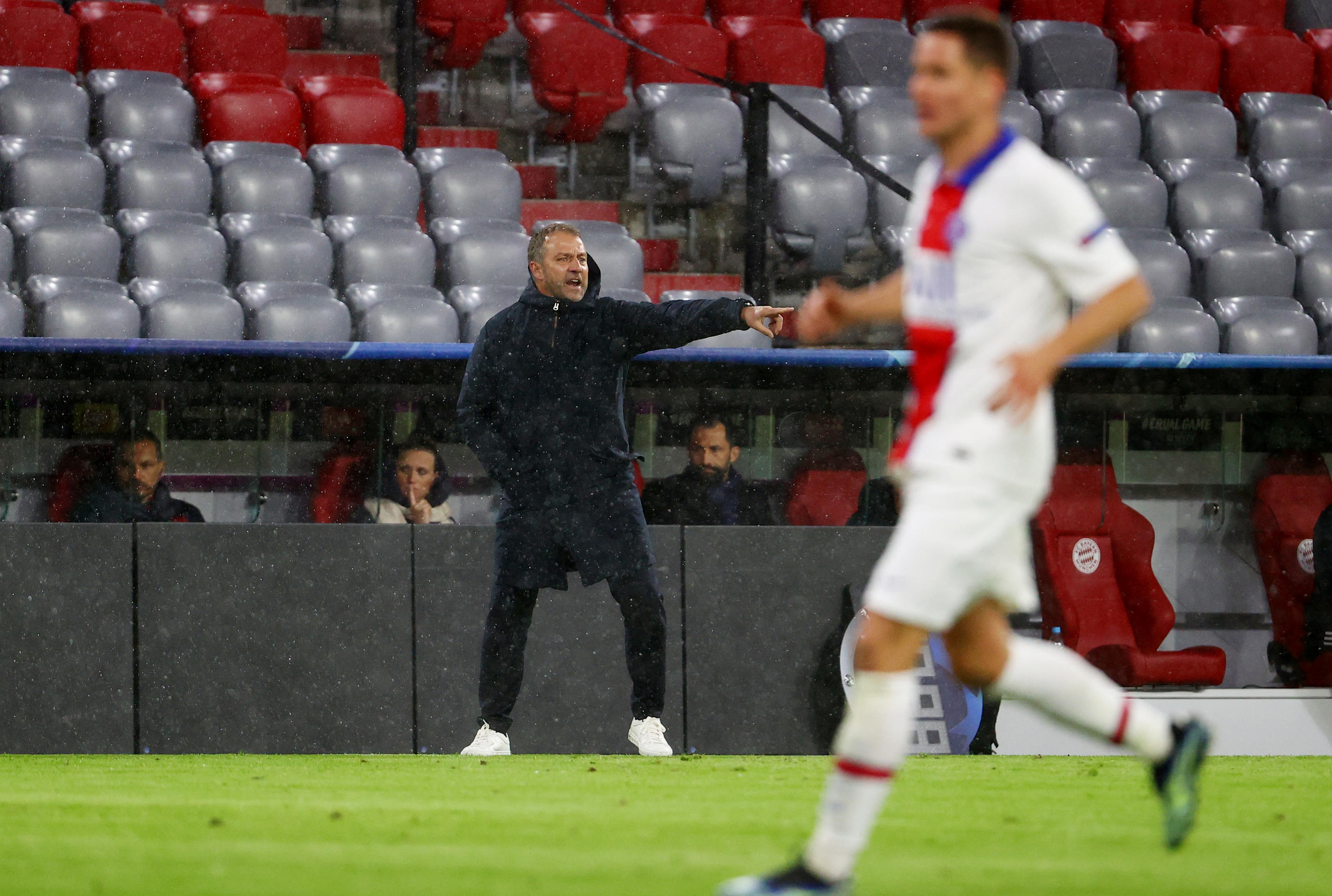 Hans-Dieter Flick wanted to be reassuring this Wednesday evening despite the defeat of his team (3-2) at home in the quarter-final first leg of the Champions League against PSG.

“We dominated the match, develops the German coach.

I have to compliment my team on the style of play, the state of mind.

We still have a match in Paris.

We will concentrate on returning the result.

This defeat does not change our mentality.

Asked about the goals of Mbappé and Marquinhos, he explains: “When we concede goals, it's because we made mistakes, we did badly.

We could have avoided the three goals, which hurts even more.

We can no longer change the result but I hope we can change it on Tuesday.

“That day, April 13, is the return leg at the Parc des Princes.

Paris will try to reach the semi-final.

"We could have scored four or five more goals"

“There will be no miracle for Robert Lewandowski, announces Flick.

It's an injury, it takes time.

"He resumed his evening antiphon:" We still had a lot of opportunities.

We could have scored four or five more goals.

We will focus on the return leg.

It's difficult to give a percentage for the return leg.

We will give everything to return this result.

Paris is a very strong team but we can hurt them, hurt them, we want to take advantage of the return match.

We may have efficiency next Tuesday.

"Finally, he does not blame Manuel Neuer, at fault on the first goal of the game:" It happens that the goalkeeper does not stop all the balls.

The ground was slippery.

Manuel does not always receive praise.