Scorer and passer, the world champion played almost 90 minutes in Strasbourg, during a match where (almost) everything smiled on PSG. With or without executives in Strasbourg?

Despite the approach of the return match against Bayern on Tuesday, Mauricio Pochettino chose to line up Kylian Mbappé, Presnel Kimpembe or Keylor Navas this Saturday, during this match of the 32nd day of Ligue 1. Idrissa Gueye and Angel Di Maria , them, started on the bench.

It must be said that the list of absentees was substantial (Neymar, Verratti, Marquinhos ...) and that the situation in the standings left little room for the Argentine coach: after Lille's success in Metz on Friday (0-2), Paris was relegated six lengths from the head.

In the end, it is clear that “Poche” made the right choices.

Solid and serious, PSG was full in Alsace (1-4), thanks in particular to a great Mbappé.

Sometimes on the left or in the axis, the 22-year-old world champion made his speed, his accuracy and his class speak for an outdated Racing.

A goal, an assist to his credit.

And 89 minutes of playing time. Too much?

Asked about the subject at the microphone of

, Pochettino began by recalling that the number 7 had played the entire Cup meeting in Brest before Barcelona.

The former Tottenham manager continued: “The best way to be ready for him is to play.

If he feels that something is wrong, he will be the first to report it. ”

When Mbappé left, it was more to offer his first professional minutes to Kenny Nagera (19) than anything else… “We are professionals, the staff too, we try to make the best decisions for the team, adds Pochettino.

People can say whatever they want… It's football.

Everyone has their truth.

I can't please everyone (smile).

But he's a player who is happy when he's on the pitch. "

Fortunately for Paris Saint-Germain, Pochettino and Mbappé, everything went well.

And the former Monegasque will therefore be on the meadow Tuesday, to try to confirm the success of Munich last Wednesday (2-3) and to access the last square of the C1.

If so, it would be one of the capital club's biggest performances on the European stage, if not the biggest.

For us, it is a goal, insists Pochettino.

They are the best team in the world.

We will suffer for 90 minutes, but our objective is to qualify. ”

Before that, the goal was to stay within shooting range of Losc in L1.

"It's important because we are still in the race with these three points," said the 49-year-old coach.

But there is no pressure, no reason to be worried.

You just have to be efficient.

We have shown that we are fighters, that's how we always want to be.

But we are involved in three competitions and that necessarily complicates things.

The team showed faith and in the end it's a good day for us. ”

Almost only, because the essential Keylor Navas was replaced at the break with "small muscle pains", according to

"He came out as a precaution," Pochettino confirmed at a press conference.

We hope there is nothing serious. "

It would be better for Paris… At the moment, the tendency is rather optimism about the return of Marco Verratti (Covid-19) and Abdou Diallo (sick) on Tuesday.

Neymar Jr, he was serving the first of his two suspension matches this Saturday.

Suspension which obviously only concerns national games, not the Champions League.

Note that FC Bayern, whose infirmary is also well filled (Lewandowski, Gnabry, Costa, Tolisso, Süle, Goretzka, Roca, Hernandez), will cross their fingers so that Kingsley Coman, hit in the knee at the half hour of game on the occasion of the draw against Union Berlin (1-1) on Saturday and replaced at the break, not seriously injured.

Apart from his great talent, he has great humility.

What makes him the top player that he is, and as a boy too ”

Mauricio Pochettino had indicated before this meeting in Strasbourg that rumors about his future have "no impact" on the performance of the person concerned.

We had seen him at the Allianz Arena.

And again at the Meinau.

Already 33 goals and 10 assists in 2020-21 for the prodigy of Bondy, top scorer in L1 with 21 goals, third top scorer in the history of the capital club in the league (85 goals) and author of his 19th game with at least one goal and one assist in the league since signing for PSG in 2017. According to

, only Lionel Messi did better (21) in the five big European leagues over the period.

Apart from his great talent, he has great humility.

What makes that he is the top player that he is, and as a boy too, ”ignites Pochettino.

All the more courted as his contract ends in 2022. In recent days, the Spanish press sent him to Real Madrid.

Denial of his entourage in the wake.

, Mbappé has in fact not yet decided.

On Saturday, the former

, that “the positions of PSG and Mbappé have come closer in recent days.

No agreement, but negotiations are progressing well.

At the moment T, the trend is towards an extension and not to a departure from Real Madrid. ”

The soap opera is far from over ... Regarding the accession to the semi-finals of the Champions League and this duel against Bayern, we will know the epilogue Tuesday night. Strasbourg-PSG: Pochettino facing a real headache to compose his team 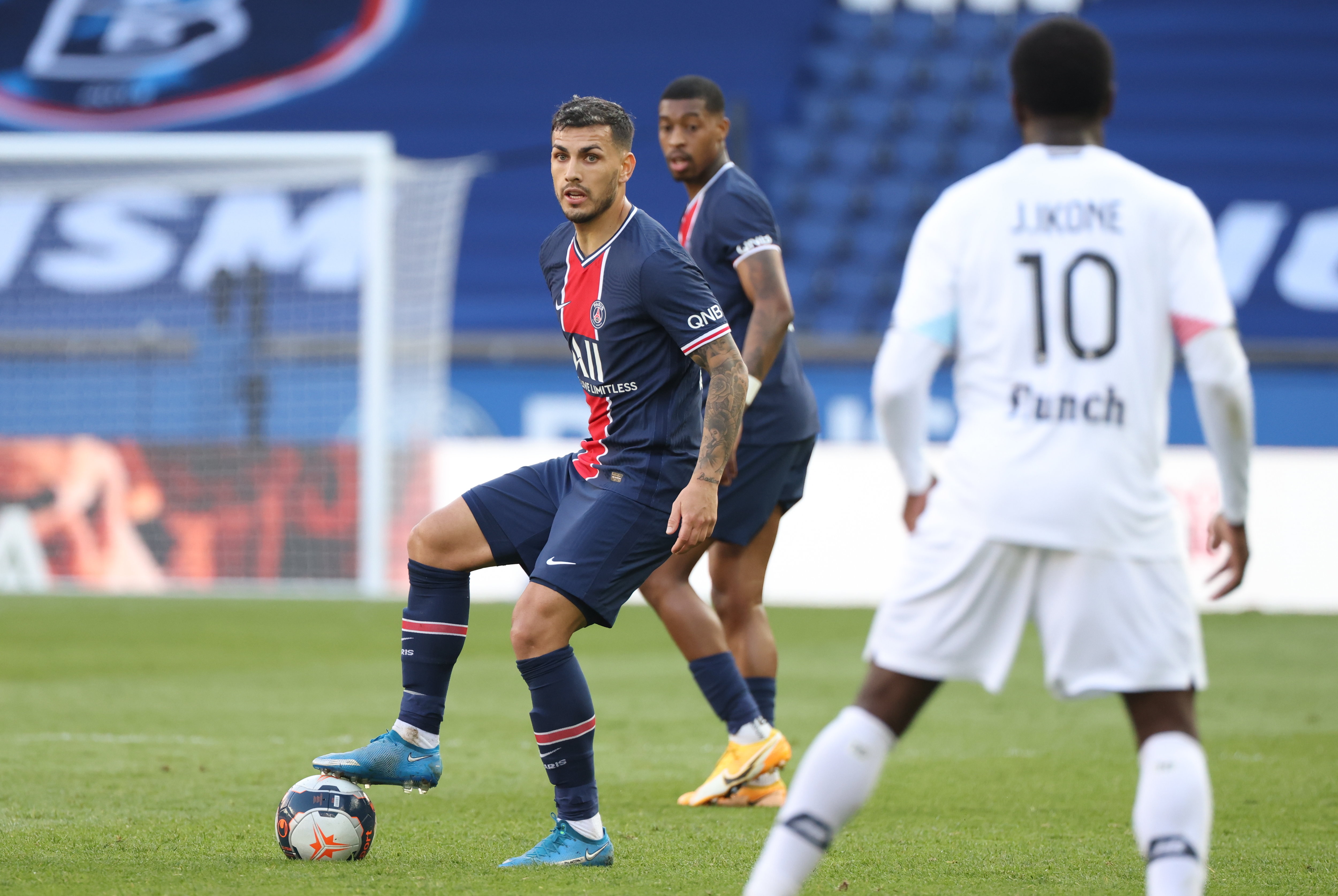 PSG: a group of 23 players without Marquinhos to face Strasbourg 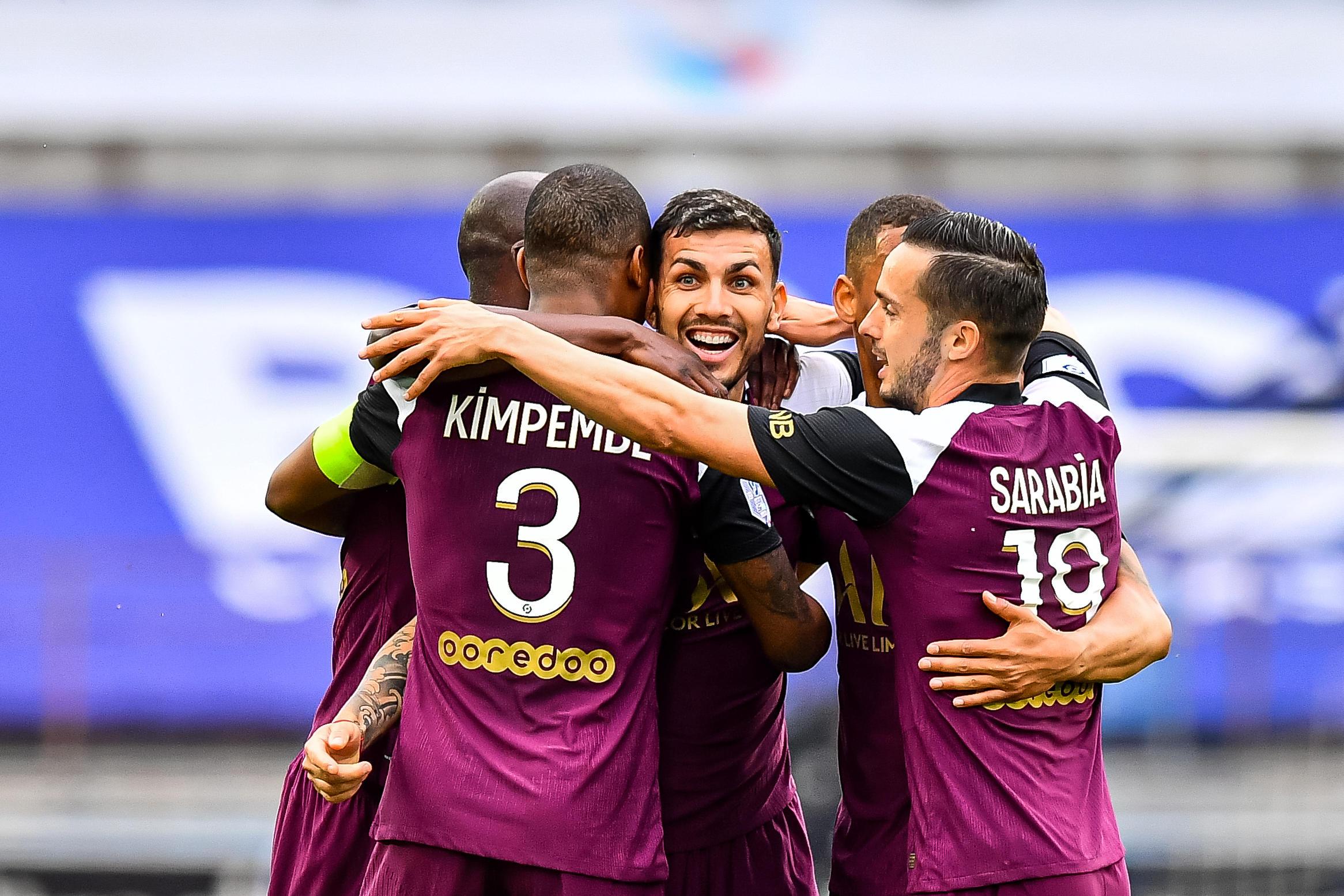