FC Bayern is traveling to Paris Saint-Germain in the quarter-final second leg of the Champions League with a 2-3 mortgage. Will Hansi Flick's team still make it to the semi-finals?

FC Bayern is traveling to Paris Saint-Germain in the quarter-final second leg of the Champions League with a 2-3 mortgage.

Will Hansi Flick's team still make it to the semi-finals?

Munich - One thing must not happen to FC Bayern on Tuesday evening.

Another chance festival like the first leg against Paris Saint-Germain last Wednesday and the dream of defending the title in the Champions League is over.

Hansi Flick's team lost to the French with 2: 3 and caught a used offensive day.

Because despite oppressive superiority, Bayern did not manage to leave the place as the winner.

Also because Manuel Neuer of all people made a mistake for a long, long time.

But the first leg is ticked off, despite the unnecessary 1-1 draw on Saturday against Union Berlin in the Bundesliga, Munich travel to Paris with a wide chest.

A win by two goals would be enough for Bayern to get the semi-final ticket.

Not a thing of the impossibility.

"If we were to be in the lead, it would be very human if the alarm bells went off on our opponents," Thomas Müller underlined on Monday at the PK that only PSG had something left to lose and resorted to Charles Darwin.

“Now we can go way back in evolution.

Losing something is very bad for humans.

Something that you think you already have ”, the offensive player draws an almost philosophical comparison.

Video of PSG against FCB: Müller - "We go way back in evolution"

Under Louis van Gaal, FC Bayern was once also about to end in the premier class.

The head coach at the time spoke in the run-up to the game at Juventus Turin of “death or gladioli”, an “all or nothing game”.

The current trainer Flick didn't want to go that far.

“We have to score at least two goals,” he said soberly on Monday afternoon: “It's a tough task, but we're looking forward to it.

We hope for a little surprise. ”Even if the future at Säbener Strasse is quiet, at least in the short term, reaching the semi-finals would certainly not be that bad. 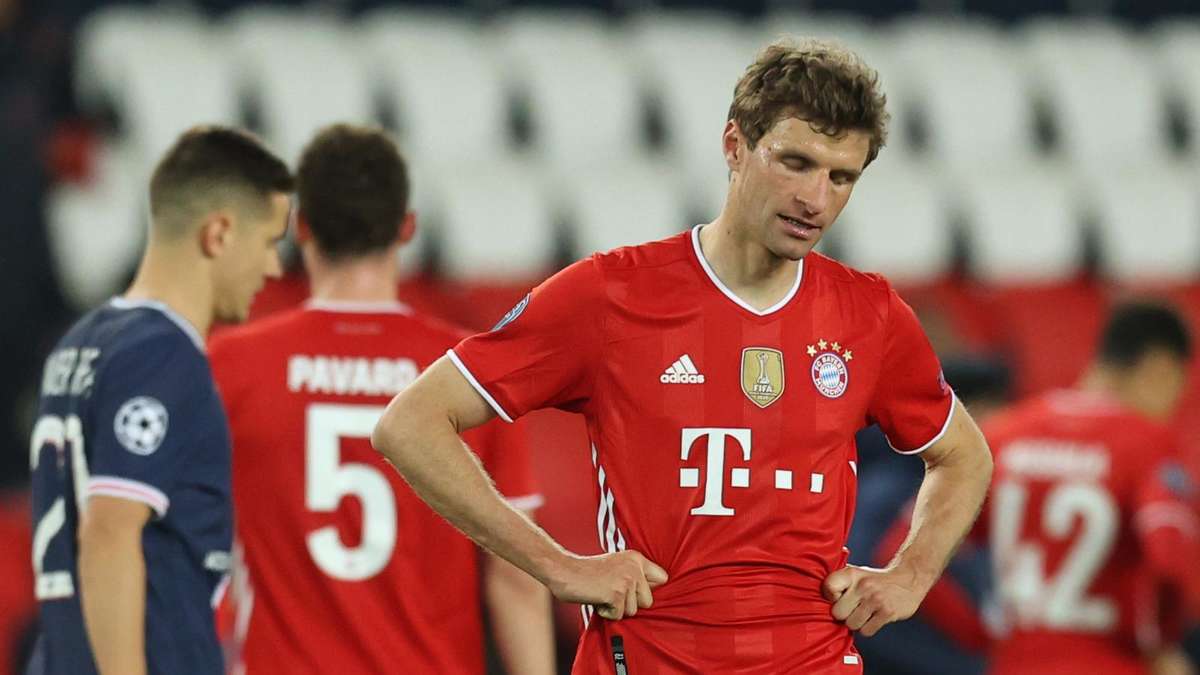