The Parisian captain, injured in the adductors last Wednesday during the success in Munich (3-2), will not be able to hold his place for the return this

Marquinhos, victim of an injury to the right adductor during the victory in Munich last Wednesday (3-2), will not be able to help his partners against Bayern, this Tuesday (9 p.m.) in the quarter-final second leg of the League champions.

Mauricio Pochettino considers that his captain is not sufficiently ready to compete in this European shock.

In the absence of "Marqui", the Parisian coach should maintain his confidence in Danilo Pereira alongside Presnel Kimpembe.

Several good news nevertheless intervened during the final training this Monday at the end of the morning.

Abdou Diallo, ill in recent days, is doing better and will be able to take his place on the left.

Released as a precaution for muscle pain in Strasbourg, Keylor Navas is also ready to take place in goal.

He had disgusted the Bavarians in the first leg.

"It will be difficult for Marco to start"

Marco Verratti and Alessandro Florenzi are reunited with the group after testing negative for Covid-19.

But it is not certain that they will start the match against the Bavarians.

"It will be difficult for Marco to start," Pochettino explained at a press conference.

“For Alessandro, it's more possible.

The latter is in balance with Colin Dagba to occupy the right lane of the defense.

He is forfeited, like Mauro Icardi who is still too short to return to competition after his left thigh injury.

Goalkeepers Alexandre Letellier (recovery) and Mathyas Randriamamy (Covid) will not be in the game.

Which will offer his first in the group to the young Yanis Saidani (19 years old).

The goalkeeper born in 2001 will support Navas and Rico since the Italian Denis Franchi is not eligible for the C1.

The other youngsters, Kenny Nagera (19) and Abdoulaye Kamara (16), remain with the team.

The probable composition of PSG: Coupe de France: Neymar captain of PSG in Caen, Mbappé on the bench 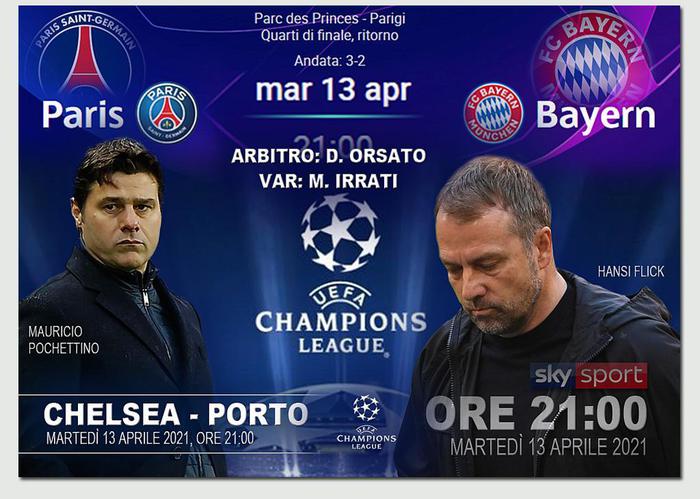 PSG: no absent at the last training before Metz