"They are the ones thanks to whom we play football": IDF disabled people gave to Betar Jerusalem players | Israel today

Ahead of the entry of Memorial Day into the fallen of the Israeli military, the club held an exciting meeting between Meir Aflalo and Assaf Malka and the players | Israeli soccer 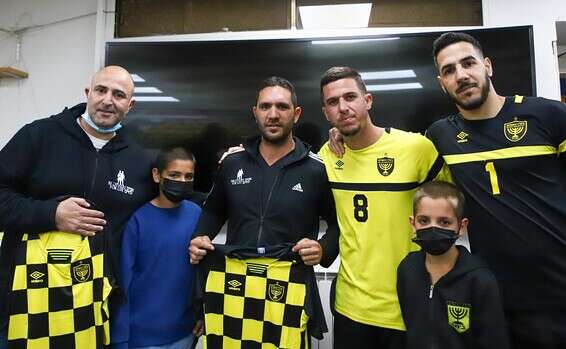 In preparation for the entry of the Day of Remembrance into the Martyrs of the Israeli Civil War, the club held a meeting between Meir Aflalo and Assaf Malka, and the players, in which they shared their immense and daily pain, and the victory of life through the "Brothers for Life"

Just before the start of the Memorial Day events for the IDF casualties and the victims of the hostilities, this year Betar Jerusalem decided to bring in fighters who will tell about the great pain to the team players and participate in the exciting activity in memory of the fallen.

This morning, Meir Aflalo and Asaf Malka, from the Brothers for Life organization, which helps IDF disabled people in every possible way, mentally and physically, arrived at the training complex at Beit Vagan.

The two sat in front of the senior team players, and for an hour fascinated the players and the team with stories about their injury, and their coping afterwards.

The event took place today in order to give the fighters the opportunity to socialize with their friends and loved ones tomorrow at various events.

Aflalo told of the way he was wounded, and that the injury to him, if it occurred cm to the right or left, would have killed or paralyzed him for life. Malka, who was wounded in Operation Defensive Shield, told of the hard fighting he and his friends went through, and the moment of injury , In which he suffered a burst of gunfire that nearly killed him. He also told in tears about his 13 friends, who were killed in an encounter that day, while he was evacuated and was in the hospital. The two also told of their subsequent struggle, and their choice through the Life Association, which also resulted in family and children.

The two, who are also fans of the team, received a game shirt and even received a big hug from the players at the end, when the foreign players were also fascinated by the stories and continued to ask them questions even after the conversation.

Later also watched the practice and heard praise from Mucci Mizrahi, who told the players: "You are admirable figures in many people, but they are the real heroes, they are the ones thanks to whom we play football safely and live in our country. I remember wars and bereaved families, like in the Yom Kippur War."

When told they admired him, he replied, "Believe me, I admire you more." 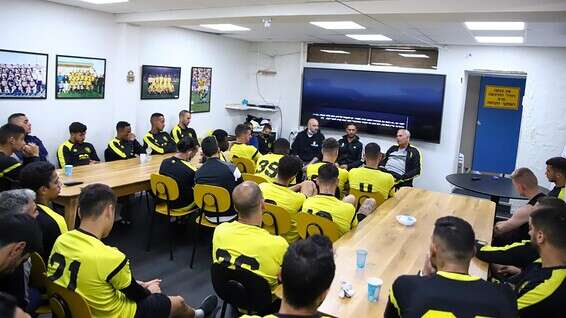 "They are the ones thanks to whom we play football": IDF disabled people gave to Betar Jerusalem players | Israel today

Betar Jerusalem: "We will not be able to play before the 14th of the month, it is not sporty and exposes to injuries" - Walla! Sport

Aviram Baruchian: "I want them to remember that I was a sergeant" - Walla! sport

Some oxygen until Monday: Betar Jerusalem achieved an important victory, and showed what it needs - Walla! Sports

Shai Barda: "This is not a Betar we want to see." Einbinder: "I went through an unpleasant period" - Walla! Sports

Idan Vered: "I have been here for years and do not remember such a thing, I am disappointed and shocked" - Walla! sport

A draw that is all about victory: Betar Jerusalem has finally shown commitment and sacrifice - Walla! Sport