After the 2: 3 in the first leg, Bayern needed a win with two goals in Paris. Although Paris had the bigger chances, Bayern also took the lead. But it wasn't enough for more. 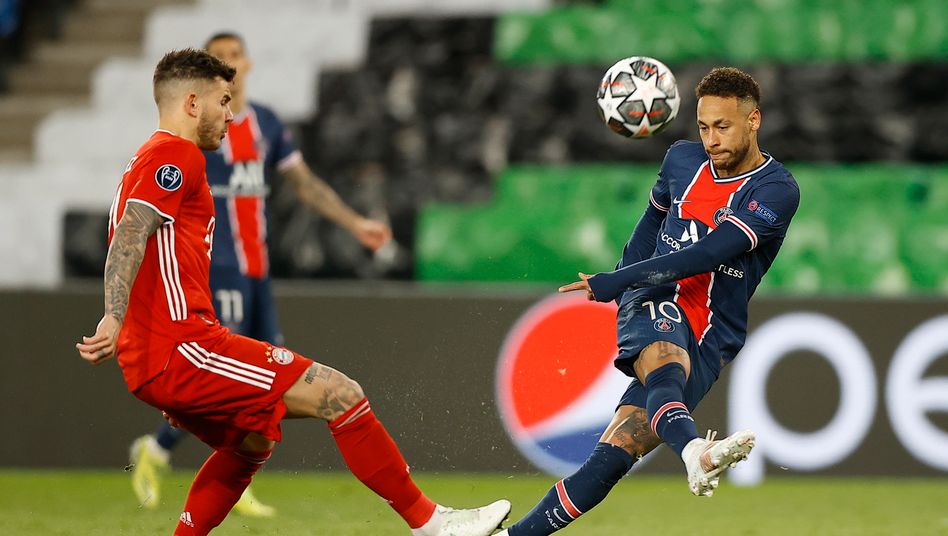 One of the duels of the evening: Bayern's Lucas Hernández (left) and Neymar

Bayern Munich failed in the quarter-finals of the Champions League.

In a spectacular second leg at Paris Saint-Germain, the German record champions did not get beyond a 1-0 (1-0) victory.

Spectacular because Paris missed one big chance after the other, Neymar alone hit the post or crossbar three times in the first round.

Eric Maxim Coupo-Moting (40th minute) scored the goal for Bayern, which was not enough after the 2: 3 in the first leg due to the away goals rule.

Both teams could not play with their best team.

Paris was missing captain Marquinhos and Mauro Icardi, among others, and Bayern had to do without a number of regular regular players such as Leon Goretzka, Serge Gnabry and Robert Lewandowski.

Nevertheless, a high-class game developed in which Paris in particular became dangerous in the first round.

Again and again, the defensive of the Munich was covered by deep runs by Kylian Mbappé, in the interaction of the two superstars with Neymar they created one big chance after the other.

Bayern goalkeeper Manuel Neuer only parried twice against Neymar (9th, 27th), but was then very lucky.

Between the 34th and 40th minute a bizarre sequence took place, once Neymar wiggled Lucas Hernández on the right side (34th), once on the left side Kingsley Coman (37th);

Sent by Mbappé into a one-on-one with Neuer, Neymar also put the ball back on the right post (39th).

But that's not all: PSG goalkeeper Keylor Navas was almost able to parry a low shot from David Alaba upwards, Choupo-Moting headed over Presnel Kimpembe into the goal (40th).

In the first leg, Munich struggled with their exploitation, while Paris took advantage of its only chances.

The second round was more balanced, but Paris still had the bigger chances.

The outstanding Neymar left two opponents on the left wing and took Mbappé with him, whose cross on the second post Ángel Di María fit into the center.

Neymar straddled past the ball, again he missed the goal by centimeters (53.).

In the final phase, Paris defended deeply in front of their own sixteen and almost exclusively counted on the fast offensive. 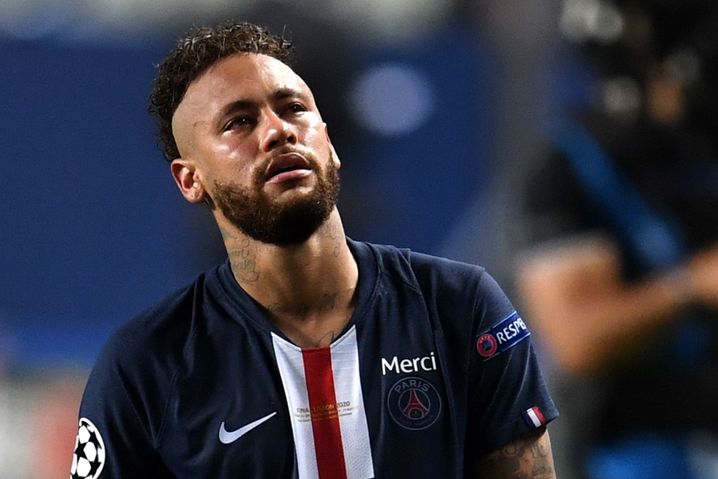 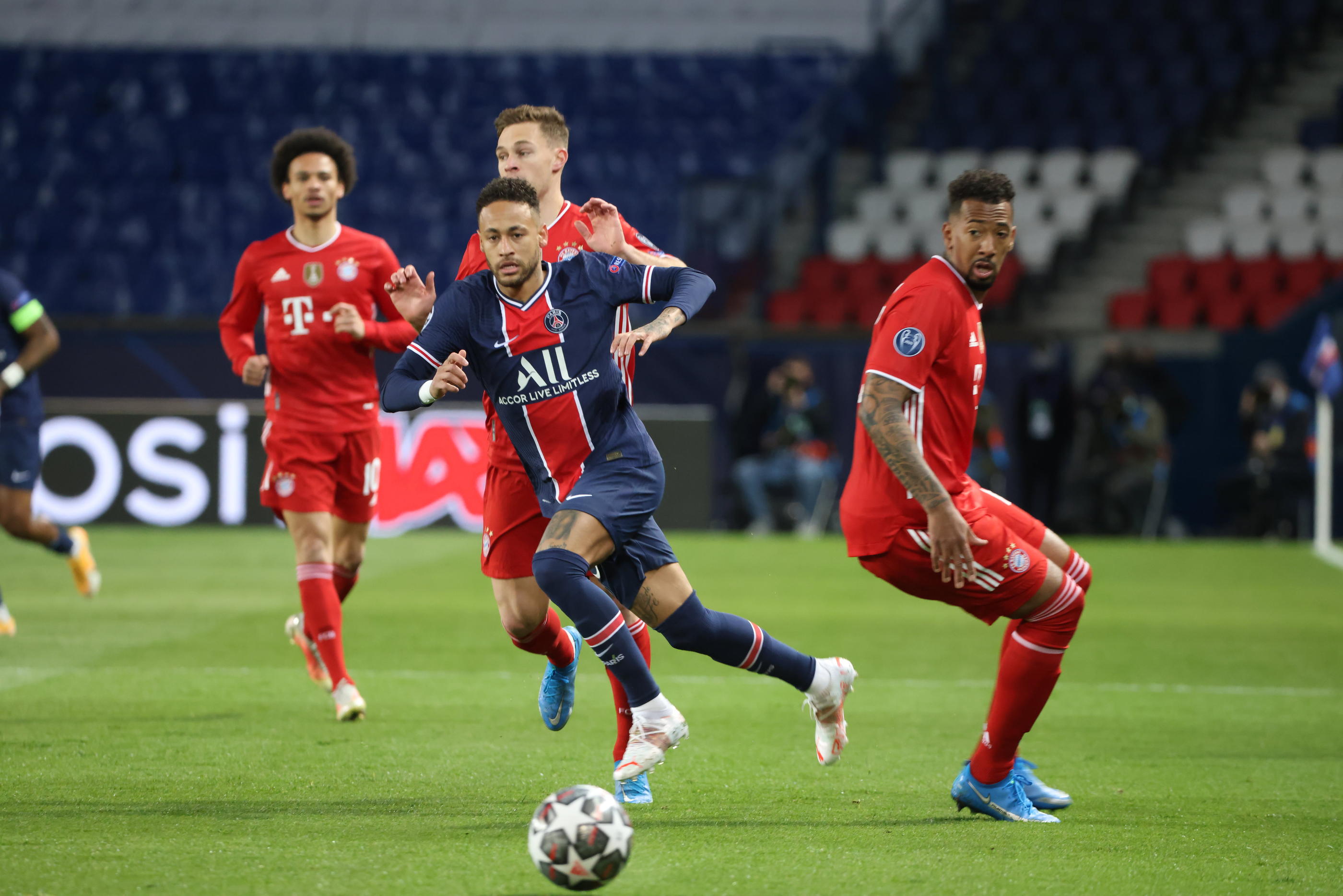