Bayern II in relegation battle: With self-confidence against the next top team&nbsp;

For the amateurs of FC Bayern Munich, the next tough opponent awaits in the fight against relegation in the 3rd division on Friday evening with FC Hansa Rostock. 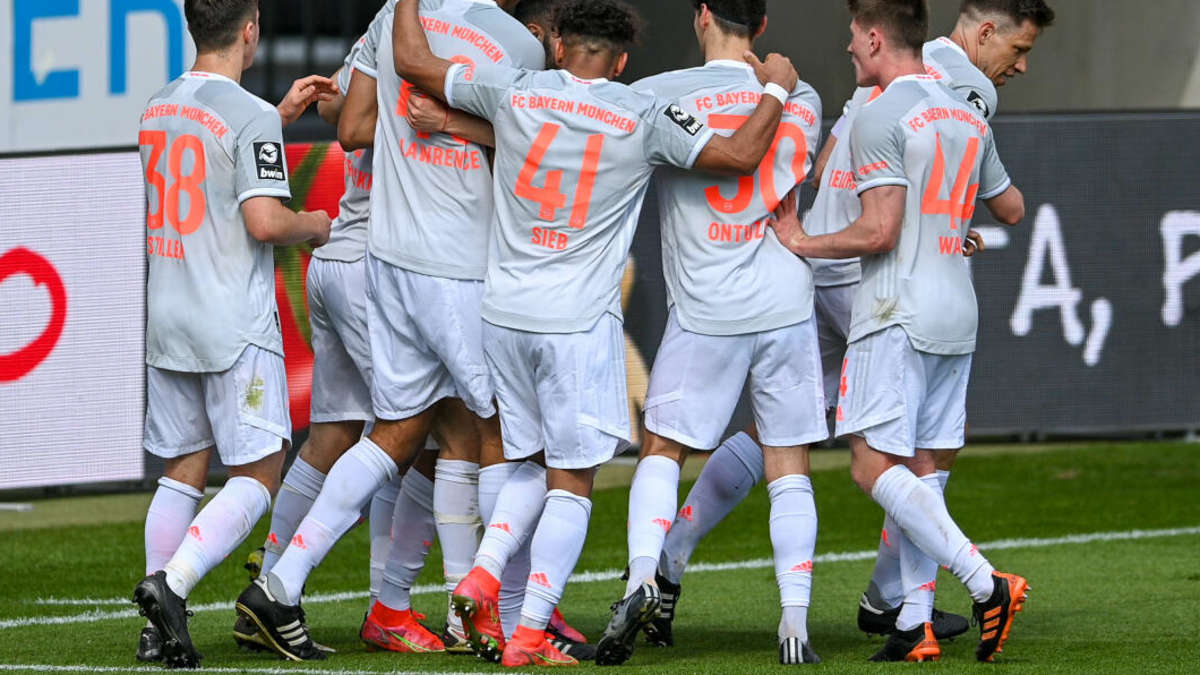 For the amateurs of FC Bayern Munich, the next tough opponent awaits in the fight against relegation in the 3rd division on Friday evening with FC Hansa Rostock.

Munich - After the surprising championship last season, FC Bayern's U23s are currently fighting to stay in the 3rd division.

With seven games to go, the second team of the German record champions are in 16th place in the table. Only one point is currently the lead over KFC Uerdingen and the first relegation place.

Last Saturday, the new coaching duo made up of Danny Schwarz and Martin Demichelis celebrated their debut.

The 2-2 draw at third place in the table FC Ingolstadt should have given confidence for the difficult weeks ahead.

Bayern played at eye level with the Schanzers for over 90 minutes and were very compact defensively compared to the last few weeks.

It was fitting that the favorite took the lead out of nowhere in the 75th minute with a long shot by Elva.

But especially in the curious final phase, the young team of Schwarz and Demichelis showed great morale.

Sarpreed Singh equalized in the 85th minute with a controversial hand penalty.

Just a few turns of the pointer later, Lenn Jastremski and Lasse Günther missed the chance to turn the game around twice within a short time.

On the other side, the substitute Kaya scored a minute before the end for the supposed winner.

But the young Bayern team did not give up and came to equalize.

Defensive giant Jamie Lawrence threw himself into a cross and ensured the surprising, but not undeserved point win in stoppage time.

Schwarz and Demichelis make their home debut against Hansa Rostock

Despite the short preparatory phase for the duel with Ingolstadt, the first tactical "novelties" in the game of the FCB were already visible.

In contrast to its predecessor Holger Seitz, the duo Schwarz / Demichelis relied on a game system with a back four.

The five-man chain had previously been introduced to the amateurs to give the vulnerable defensive more stability.

In the end this no longer worked as expected.

In recent games, Bayern have also found it difficult to create chances in attack.

That should get better with the new-old system.

Nicolas Kühn is likely to be an important factor again.

The 21-year-old celebrated his comeback after a month-long injury break against Ingolstadt and showed his great potential several times.

Fiete Arp is also back after his yellow card suspension.

However, there will probably be several secondings for the injury-ridden squad of professionals.

The squad was filled with several U19 players such as Justin Che and Lasse Günther, who both made their third division debuts.

However, Hansi Flick's team will not play until Saturday.

Black and Demichelis may be able to fall back on a larger staff cover against Hansa Rostock.

The statistics of the past season should also be a little encouraging.

At that time, the amateurs lost in the first leg, but won the second leg in Munich 1-0 and started the run that ended with the championship.

Also in this season the first leg went to Rostock.

Bayern supporters should hope that the history of the championship season will repeat itself and this time will end with relegation. FC Bayern: Sauer explains the move from Seitz to Demichelis and Schwarz&nbsp;

Regionalliga: Relegation of Bayern and Haching would be fatal for top teams&nbsp; LIVE: FC Bayern want to get out of the table cellar against Torsten Frings

FC Bayern II against Magdeburg in the live ticker: No experiments at the stadium premiere on campus