Injured on Sunday with her club in the Champions League, the captain of the France team will miss the Olympic Games. At 34, she

The scars are still there for a while.

The captain of the France team must be right, the Tokyo Games are definitely over.

Blame it on a serious injury last Sunday in Moscow in the Champions League, with his club, Bucharest.

The diagnosis is clear: complete rupture of the Achilles tendon of the right foot, that is to say weeks and weeks without walking.

Recovering in Eure-et-Loir with her parents after the operation on Wednesday, the world (2017) and European (2018) champion, finalist at the Euro last December, recounts these last difficult days but keeps morale, without knowing what will be the rest of his career.

The day after your operation, what state of mind are you in?

Clearly, lots of thoughts are jostling in my head.

On the one hand, I am still in the acceptance phase.

Having never had a serious injury, I must admit that it is part of the athlete's life.

On the other hand, I'm already in healing mode and I tell myself that I don't have time to think about it.

There were a few seconds to go and we were already out.

On my resumption of support I heard a "Tac!"

And I understood immediately what it was.

The noise, the pain, I had no doubts about the origin and severity of my injury, which the club doctor quickly confirmed.

What are you saying to yourself at the time?

I have the balls, it's not the right time to get injured.

I was pregnant two years ago and then I had my twins, I did everything to come back, obviously there is a huge feeling of injustice.

In addition, the Tokyo Games were postponed for a year, which gave me time to return to my best level ...

Everything has happened very quickly since Sunday ...

And even very well.

I took the plane Monday morning, the medical staff of the France team had everything planned and gave me an MRI.

The operation yesterday (Wednesday) went very well, I returned in the morning to Ambroise-Paré hospital and came out “brand new” in the afternoon.

How long is the downtime?

At least six months, maybe more… This is the kind of injury that can be worse than the cruciate ligaments because you have to regain some flexibility.

Hand is a support sport, you have to be at your best and see how healing evolves.

The Games are over for you, but what about the rest of your international career?

When we go through this type of ordeal, we want to make everything waltz.

I decided not to make a decision, whether with the France team and even in a club, because today, I am simply not in a position to do so.

No one wants to end their career this way.

I don't even know right now if I want to come back, and how I will.

My priority is to focus on my rehabilitation.

👉 The captain, Siraba Dembélé-Pavlovic, suffers from a complete rupture of the Achilles tendon.

She will unfortunately miss the Olympics 😔

We wish her a lot of courage for the future 💙 #BleuetFier pic.twitter.com/9wYQcfIjxc

We imagine that your teammates the France team must have supported you ...

A lot, and they are not the only ones.

(Editor's note: where the player was to join them for the course, scheduled until next Wednesday).

It is also hard for them to accept, it has caused a chill.

I also have a lot of external support, especially supporters.

It's heartwarming, you can't imagine how much until you've been confronted with it.

"The absence of Siraba will make us stronger", assures Amandine Leynaud

With the sanitary restrictions, you will not be able to accompany the Blue to Tokyo?

No, and even if I had the chance, I'm not sure I would.

I want them to find their thing without me.

It's not a good thing if I'm still around hanging out.

Regarding the captaincy, I let the coach decide

(Editor's note: Olivier Krumbholz would have already chosen a field player as a substitute)

We can always send each other messages, whenever they want.

We feel you are very positive ...

It must be so.

I am fortunate to be very well surrounded.

Children, it helps a lot.

And then I am convinced that it will still pass very quickly. 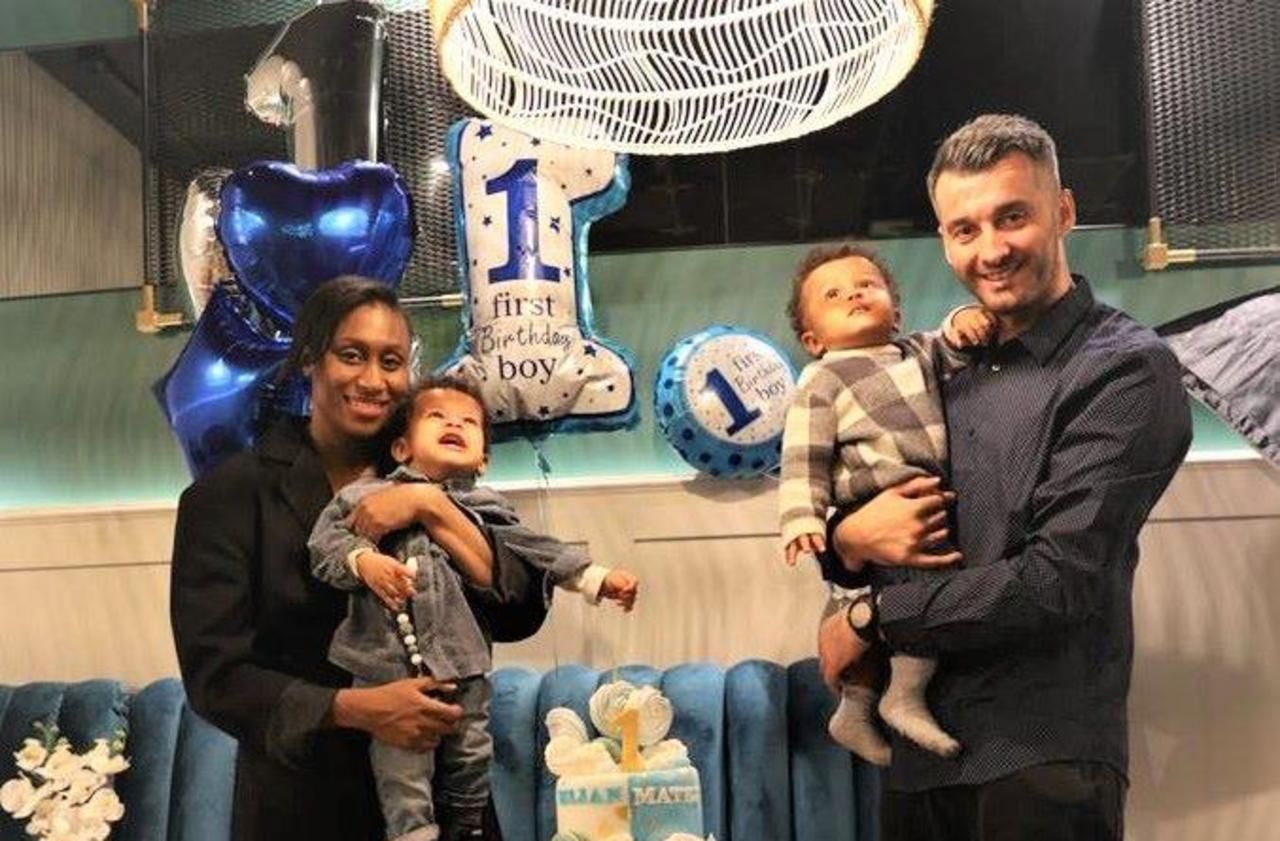