The transfer window: In the meantime, PSG is increasing the pressure on Mbappé for his extension

PSG's insistence on Kylian Mbappé for him to extend, the outcome of the Neymar soap opera approaching or Julian Nagelsmann who denies the rumors sending him to Bayern Munich ... Find the transfer information for this Thursday, April 15, 2021. The Kylian Mbappé case is complicated.

At the end of the contract in June 2022, the 2018 World champion is in no hurry to extend, he who explained at the beginning of the year that he was "in full reflection" concerning his future.

But this patience does not do the business of Paris Saint-Germain who want to avoid seeing him arrive at the next transfer market with only one year of contract to honor.

So the capital club is stepping up the pressure on its French striker to extend it, as the recent words of Nasser Al-Khelaïfi attest: "Kylian and Neymar have no excuses to leave, because we have everything to now win the Champions League here, ”explained the president of PSG after qualifying for the semi-finals of the C1.

In addition, the calls to the entourage of the French international would have "intensified" and the Parisian leaders would even be ready to agree to a huge financial effort - especially in this period of crisis - by offering him an annual remuneration of 30 M € reports

For the moment, the Mbappé clan makes the suspense last and does not respond.

According to the sports daily, the 22-year-old would like to stay one more year when Paris Saint-Germain - "which does not accept being considered an intermediate stage in the career of the players" - would like to keep him at least until 'at the 2022 World Cup, ie until the summer of 2023. The two parties still seem far from an agreement.

One element could convince the French to register a little longer in Paris: the extension of his friend Neymar.

Soon the end of the Neymar soap opera?

After making it understood that he was going to continue at Paris Saint-Germain, the Brazilian could sign his extension in the coming days according to information from Fabrizio Romano for whom the "big announcement" would already be planned.

According to the Sky Sport and Guardian reporter, the 29-year-old attacking midfielder could receive a huge bonus if the capital club lifted the big-eared cup.

These revelations corroborate those of

which maintains that the capital club hopes to be able to formalize the new contract of its star before the semi-final first leg of the Champions League against Manchester City, that is to say before April 27 or 28.

The sports daily specifies that the ex-player of FC Barcelona should commit until June 2027 and not until 2026 as some rumors suggested.

- The agreement has been reached weeks ago and it's considered “just a matter of time”.

- PSG expect Neymar to sign in the next days, 'big announcement' already planned.

Raheem Sterling soon to be extended?

According to the information of the very well-informed Fabrizio Romano (Sky Sport, Guardian, CBS), Manchester City are working on the contract extension of their 26-year-old striker, currently linked to the Citizens until June 2023. The British international, arrived in 2015 from Liverpool, could thus continue several seasons within the Mancunian club.

Non-holder this Wednesday against Borussia Dortmund in the quarter-final second leg of the Champions League, the winger scored 13 goals and offered 11 assists in 41 appearances in all competitions with the Manchester City shirt this season.

While Lothar Matthäus assured that Bayern Munich had come into contact with him to replace Hansi Flick, expected to take over from Joachim Löw at the head of the Mannschaft, Julian Nagelsmann was keen to formally deny: "about possible discussions, there are not and there were not.

We need new sources of information in this country, ”the current coach of RB Leipzig told reporters.

Before adding: “there is nothing more to say.

I saw the Bayern game and I do not detect any particular concern between the coach and his players. "

The 33-year-old technician is linked to his club until June 2023. Will he go to the end of his contract?

Asked to deliver the names of Turkish footballers he would like to see come to LOSC this summer - in the event that he has unlimited financial means and "full powers" - Burak Yilmaz lent himself to the game by suggesting two players.

Moreover, Dorukhan's contract ends in June ... "advised the 35-year-old center forward during an interview with

Will its leaders try to recruit them?

Mbappé, Sampaoli and Haaland ... The transfer window rumors of the day

Real would stick to their plan to pay Mbappé: follow our transfer window live Mbappé, Cavani, Alaba: the transfer window rumors of the day

Mbappé, Neymar and Agüero ... The transfer window rumors of the day 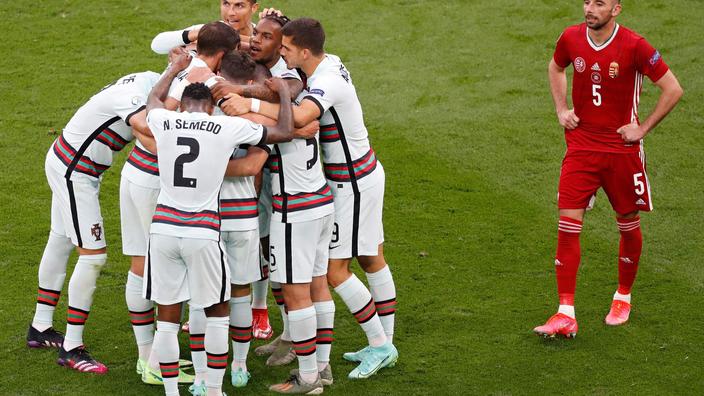