"Our 300 young people have not played a match for over a year": the cry of alarm from the president of a basketball club

It will not taste like the matches of yesteryear, but the president of the basketball section of the Stade multisports de Montrouge (Hauts-de-Seine) hopes

Unlike other sports such as football, which manages to continue its outdoor activities despite the lack of contact, basketball is severely affected by the restrictions linked to Covid-19.

He tells us about his difficulties but remains hopeful of welcoming the young people made redundant in an outdoor complex over the next few days.

Is a form of weariness spreading through the ranks of your club?

No, but it's very complicated.

We have been at a complete standstill since mid-January.

We had resumed training from this summer but our 300 young licensees aged 4 to 17 have not played a match since last March.

You imagine that the demand is very, very high.

You are working with the town hall to find alternatives.

The idea would be to set up activities at the Montrouge omnisports stadium on weekends and evenings of the week before the curfew.

Everyone would come with their ball and will have to disinfect their hands regularly.

There are no baskets there but we would split the groups between sessions of passing and support, and others of physical and muscular maintenance on the athletics track.

We hope to be able to launch this in early May.

> "Volunteers are in a bad mood": Easter again without a football tournament

How frustrating is the absence of matches and duels for your players?

Obviously that's what they miss the most.

The level will take a hit.

It's almost a blank year.

But hey, the main thing is to find each other, to spend time and to exchange.

Huge respect to Mister @ georgeeddy2 who came to brave the cold (3 degrees!) And give free shooting lessons to @PChatou during the 2nd confinement.

How exactly do you maintain the link with your players?

It's difficult, some will still play on the fields.

We know that there are matches.

Even seniors are looking for land.

Each coach takes a little bit of their news.

We try to support them as best we can.

We send them the broadcast schedules of the matches on TV, for example.

Are you worried about long-term desertion?

So far, there hasn't been too much damage to the miners.

But in adults, it's catastrophic.

Only one third has returned.

We are part of a multi-sport association made up of several activities in the same situation as us, fortunately, others outside continue to operate.

"Our 300 young people have not played a match for over a year": the cry of alarm from the president of a basketball club 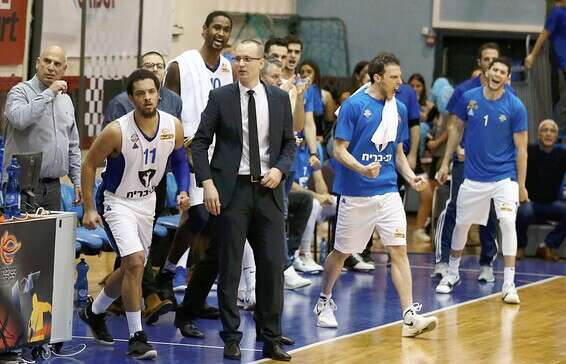