UEFA has promised to deprive all players of the Super League from the World Cup and the Euro. If this threat were put to ex 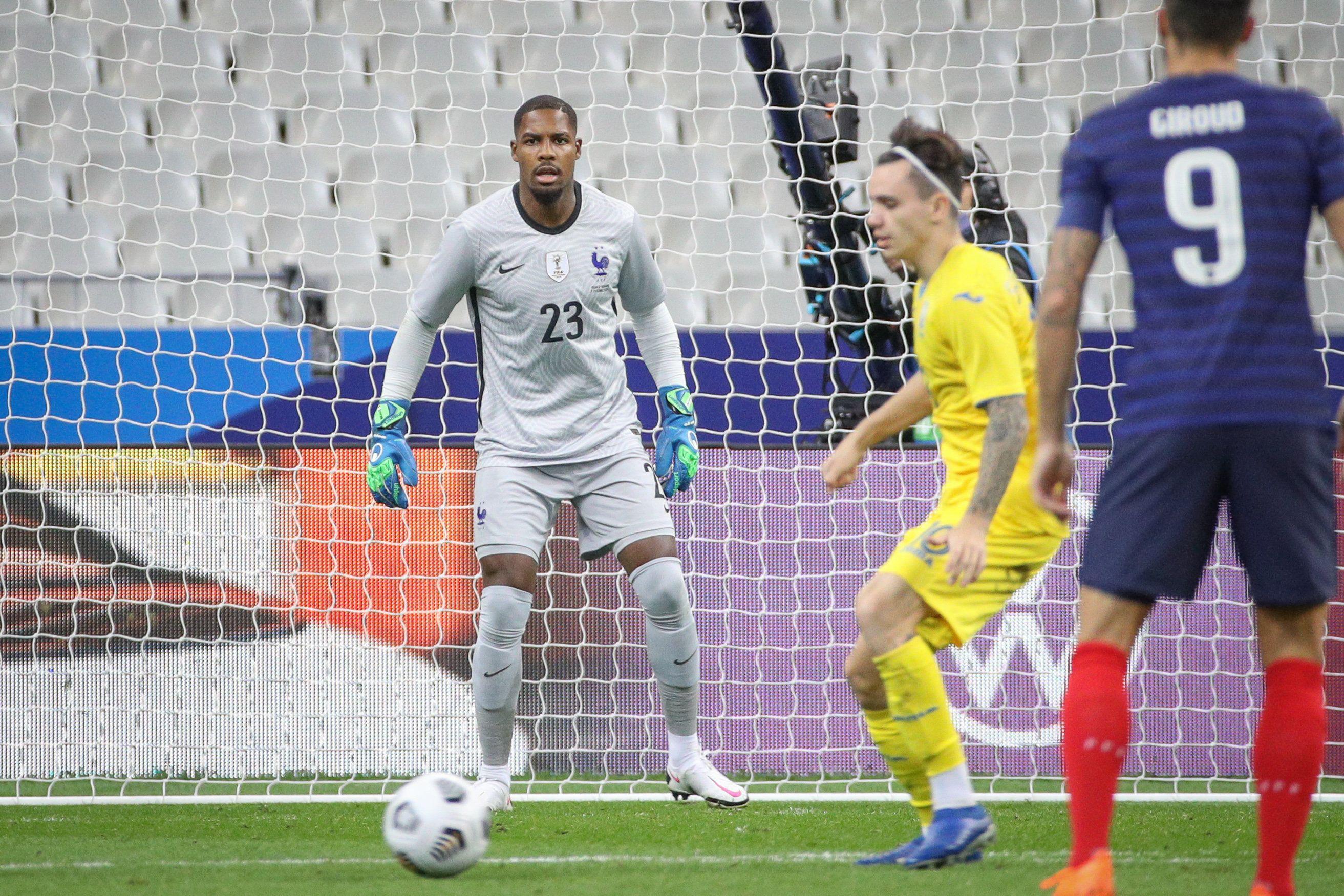 “Those who play in the Super League will be banned from the World Cup and Euro.

What would the 7 main European selections look like at the next European Championship (June 11 - July 11) cut off from Super League players?

These are our answers.

In their eleven holder, the Blues would lose 6 world champions and not least with captain Hugo Lloris (Tottenham), Real Madrid defender Raphaël Varane, the 2 defensive midfielders Paul Pogba (Manchester United) and N'Golo Kanté (Chelsea ) and the two top scorers Antoine Griezmann (FC Barcelona) and Olivier Giroud (Chelsea). Adrien Rabiot (Juventus Turin), successor to Blaise Matuidi on the left flank, could not participate in the Euro either. Certainly, France would keep its prodigy Kylian Mbappé, but he would be accompanied by a very young team with, probably, the reinforcement of the Espoirs Dayot Upamecano and Eduardo Camavinga, the goalkeeper Mike Maignan (a selection) and Marcus Thuram (3 caps) .

Steven Nzonzi, present during the second half of the 2018 World Cup final, would bring his experience despite a mixed season in Rennes.

The defense made up of 2 Bavarians (Benjamin Pavard and Lucas Hernandez) and PSG vice-captain Presnel Kimpembe, on the other hand, holds up.

Kingsley Coman's contribution is a real plus.

Wissam Ben Yedder, who is said to play in peak, has been in a luxury replacement role in Monaco for three weeks.

Difficult to compose a very competitive team without the players of the 6 best clubs in the Premier League.

Coach Gareth Southgate would lose 8 out of 11 starters and would have to do without experienced Maguire, Stones and Walker in defense, striker Kane and young attacking midfielders Sterling, Mount and Foden.

The goalkeeper of Burnley Pope and the 2 talented midfielders Rice and Maddison would retain their place.

Then, it was going to draw on the less upscale teams of the English championship like West Ham (Rice), Aston Villa (Cash, Mings and Targett) and Everton (Calwert-Lewin).

How to build a formidable formation without players from Real Madrid, Barcelona and Atlético de Madrid?

Only the Real Sociedad Oyarzabal striker would keep his place in the starting lineup of La Roja.

To replace them, Luis Enrique would call on Basque players like Simon, Garcia (Athletic Bilbao) and Elustondo (Real Sociedad) plus two others playing in Villarreal (Parejo and Moreno), semi-finalist of the Europa League against Arsenal.

But, he would also be obliged to draw in teams in difficulty like Huesca (Galan) or the red lantern Eibar (Gil).

Despite the absence of players from Juventus, AC Milan and Inter, Squadra Azzura would present a fairly homogeneous team.

The absences of Milan goalkeeper Donnarumma and the stainless central defender of Juve Bonucci weigh heavily, but Roberto Mancini can rely on a formidable attack Immobile - Insigne, former teammates of Marco Verratti in Pescara.

The latter remains the hub of a transalpine selection which would have three players (Mancini, Spinazzola and Pellegrini) of AS Roma, semi-finalist of the Europa League (against Manchester United).

In goals, the former Parisian Salvatore Sirigu, now at Torino, would make his return.

No need to look too far for the favorite of the Euro.

Mannschaft would not be too impacted by the absence of players from the 12 Super League teams.

Only the 2 Germans from Chelsea Rüdiger and Werner as well as Manchester City's top scorer Gündogan (who plays defensive midfielder) would be missing.

The Germans would not lose too much by the change.

Belgium amputated of its spine

Four players out of the 11 holders would miss the Euro.

But not the least.

The replacements made by the Belgian coach would strongly impact the performance of the selection which finished 3rd at the World Cup in Russia.

Roberto Martinez would then appeal to former hopes who failed to assert themselves in top European clubs such as Mignolet (ex-Liverpool), Meunier (ex-PSG), Januzaj (ex-Manchester United) and Batshuayi ( ex-Chelsea).

The 2016 European champion would lose almost all his chances of keeping his trophy because he would be amputated by 3 players from Manchester City (Bernardo Silva, Cancelo and Dias), from Manchester United playmaker Bruno Fernandes, from Liverpool scorer, Diogo Jota and his legend Cristiano Ronado (Juventus). To replace this beautiful world, Fernando Santos would call 4 players (Patricio, Semedo, Neves and Neto) from Wolverhampton, modest 12th in the Premier League this season, and two Lille, Fonte and Sanches, architects of the first place of the Northerners in L1. André Silva, 2nd top scorer in the Bundesliga (23 goals) would replace Jota at the forefront of the Seleçao attack. Huge rant from Toni Kroos: "The players are the puppets of Fifa and Uefa" 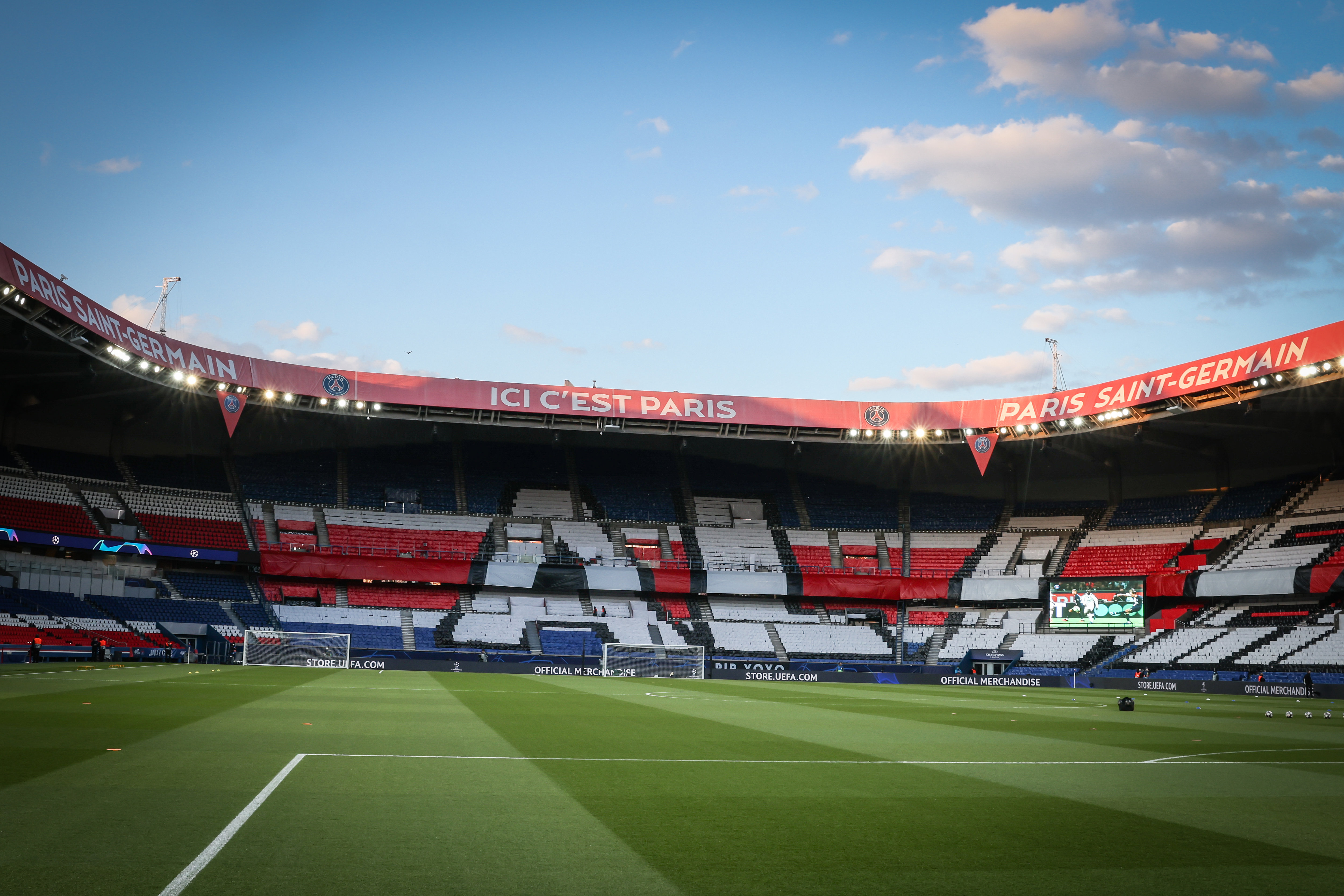 The compromised Super League: what now? 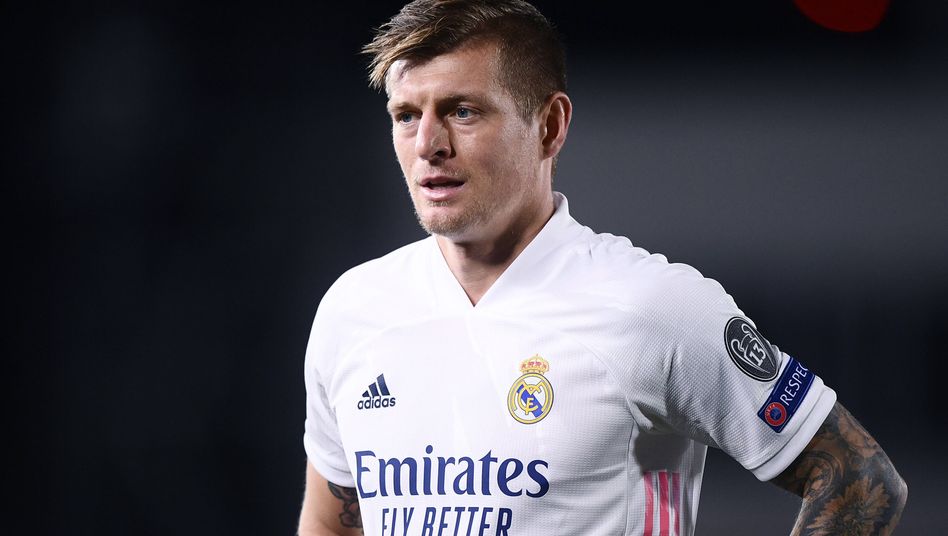 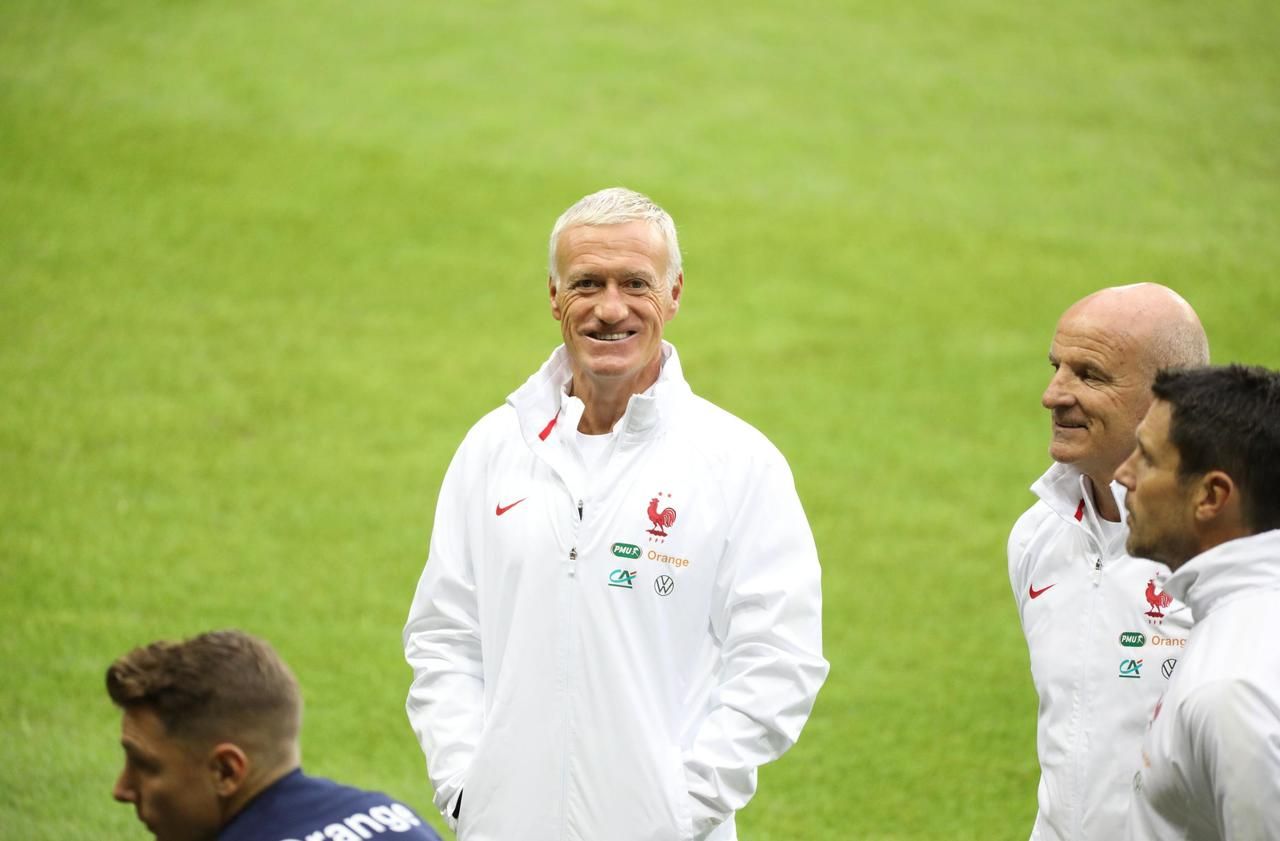 League of Nations: "We will have to count on us", warns Didier Deschamps 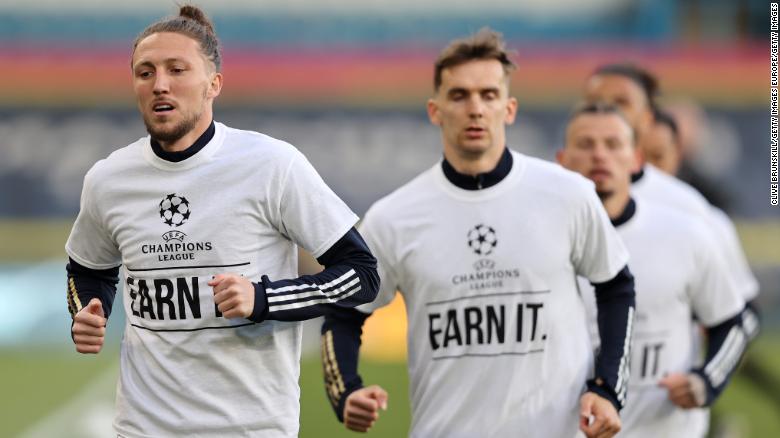 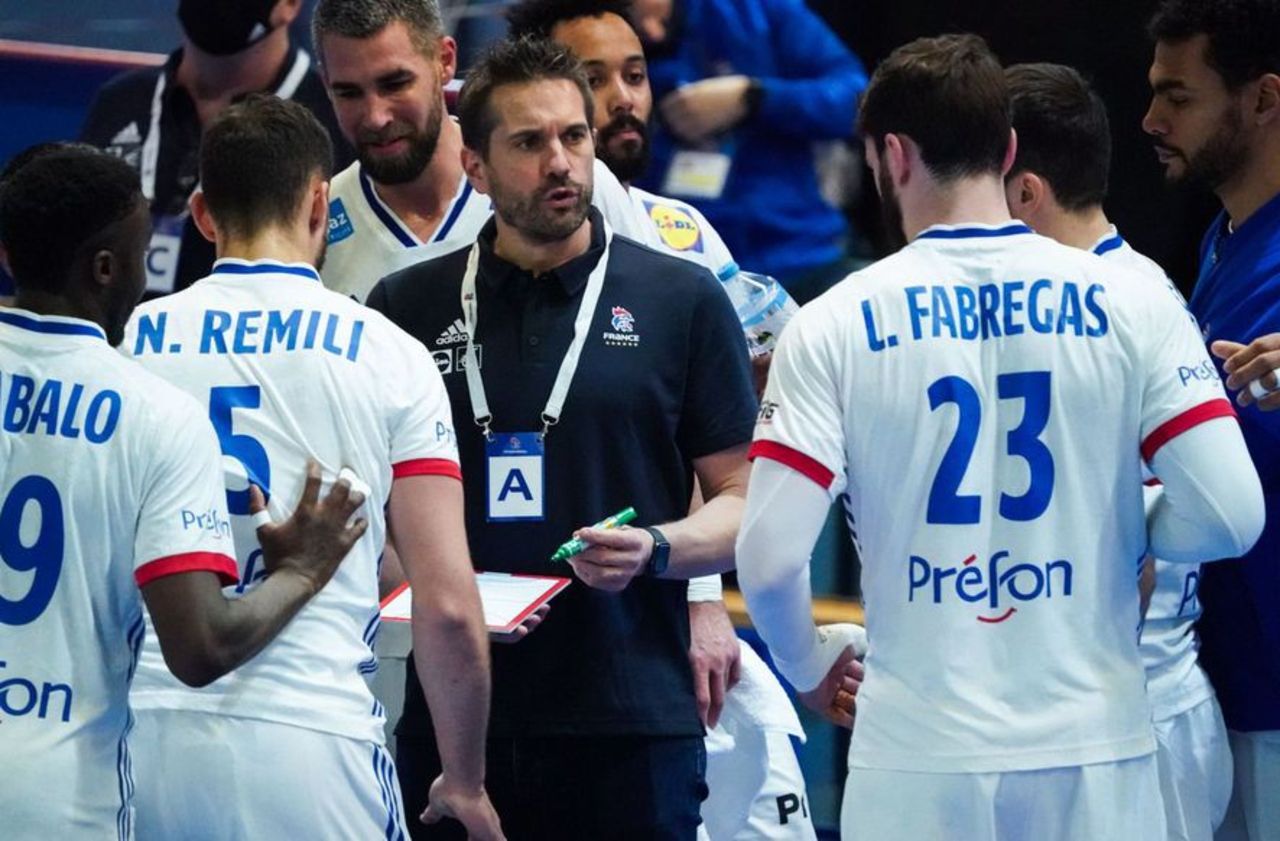 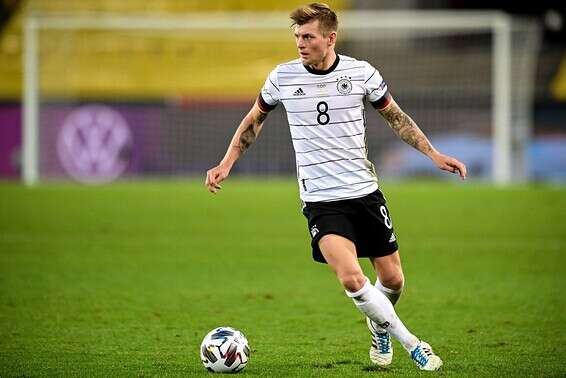 The slaves will play before us Israel today