Two months before the Tour de France which will leave Brest on June 26, the Slovenian, yellow jersey in 2020, is testing himself this week on the Flèche wallo 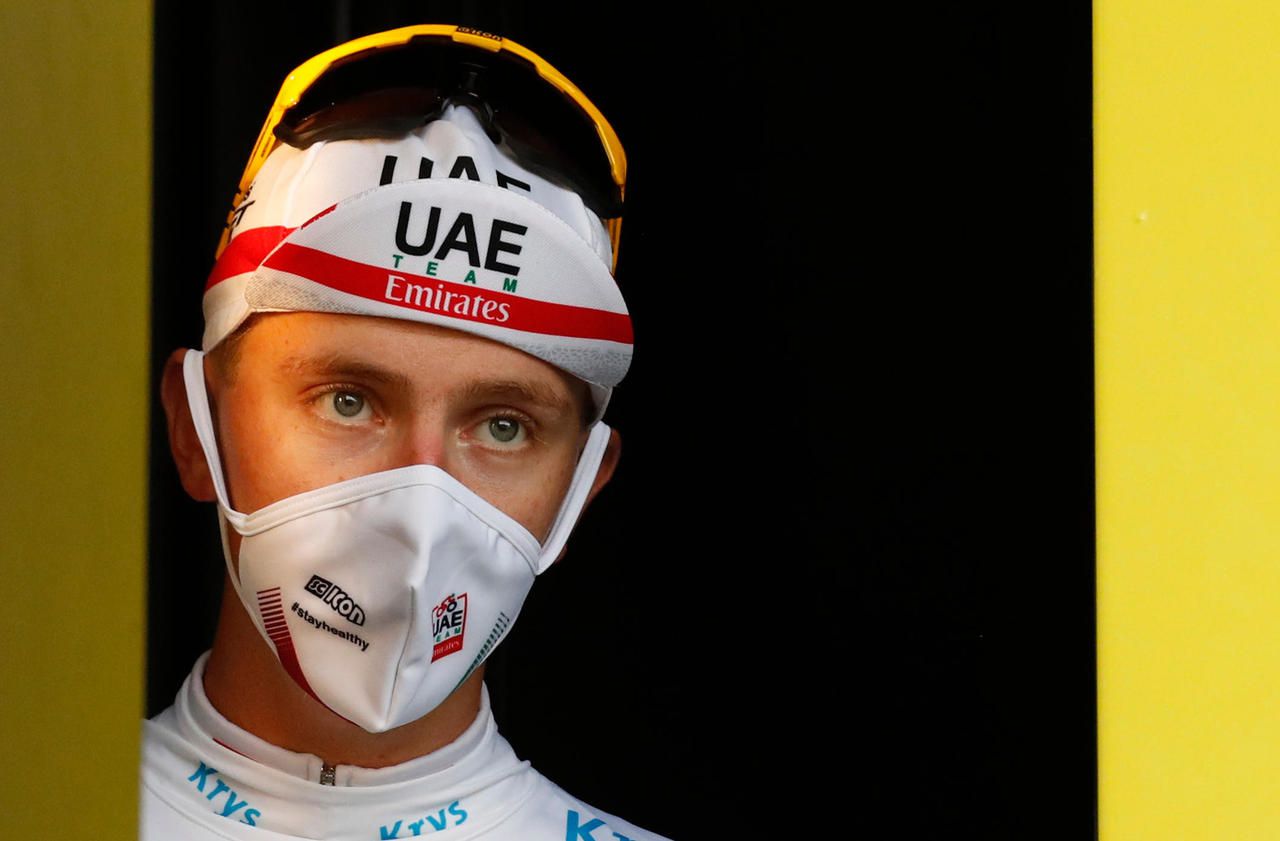 At the other end of the screen, he appears in video with a face as youthful as last September when he triumphed in yellow on the Champs-Élysées.

When Tadej Pogacar sets off from Brest on June 26, the youngest winner of the Tour de France since 1904 will still be only 22 years old.

An age from which many of its illustrious elders discovered the Grande Boucle.

He has already won it.

Before joining Brittany, it is on Belgian roads that the Slovenian will meet this week before disappearing from the peloton for some time. The UAE-Emirates Team rider is entered this Wednesday on the Walloon Flèche and on Sunday, he will be at the start of Liège-Bastogne-Liège. He will find on these two events, most of those who will want to steal his yellow jersey on the roads of the Tour in July. For him, the two tests are important because he has not planned to race before the Critérium du Dauphiné, from May 30 to June 6. He knows that the competition awaits him at the turn.

The Mur de Huy is waiting!

"Yes, I know Roglic is there too"

Among the favorites this Wednesday are his new teammate the Swiss Marc Hirschi winner in 2020, Julian Alaphilippe winner in 2018 and 2019, and his compatriot Primoz Roglic for a new repeat of the Slovenian duel of 2020. Pogacar already knows that the duel between the winner of the Tour and that of the Vuelta last year is likely to liven up the summer. Roglic won the first round of their reunion on the Tour of the Basque Country. The youngest wants to take his revenge knowing that between the two, it is never too early to mark his territory.

“Of course Roglic is a formidable opponent, recognizes Tadej Pogacar on Tuesday.

Yes, I know he's there too, that he has a very strong team at his disposal.

I know that even though we have a good relationship, he wants to beat me because he wants to score points for the Tour.

But he's not the only runner I'm going to think about.

There are a lot of runners who want to win this race and next Sunday's.

Who will triumph at the top of the Mur de Huy?

🤩 A list of champions are up for the #FlecheWallonne 2021!

Who will triumph on the Mur de Huy?

A little over 60 days before the big start, the Slovenian, already winner of Tirreno-Adriatico, does not want to make the two Ardennes classics simple races to cover kilometers.

Fed up with victory, Pogacar wants to win, again and again: “No, I'm not just coming to the two races this week just to ride and prepare for the Tour de France, he insists.

Runners undoubtedly do it without particular taste for these tests.

I want to run them well, to pretend they're the only ones for the season I'm competing in.

I want to win them both.

It may not be for this year.

I hope that one day, La Flèche and Liège-Bastogne-Liège will be on my list.

No he hasn't changed

The youngster is still hungry and will show his teeth at the end of June. Arrived almost unknown to the general public in Nice last August, he will land in Brest being the object of all covetousness with his number 1 bib on his back: “Since September, he still promises in mid-April, my victory in the Tour didn't change much in my life. I am still the same Tadej. I'm just a lot more in demand than before and I'm going to arrive on the Tour with more pressure and passion around me. "

It will be the same for his team which is already preparing for it. In 2020, she did not have to defend a yellow jersey that Pogacar only took the day before the arrival in Paris. It will be another story from the first stage from Brest to Landerneau on June 26: “I'm not worried,” continues the Slovenian. I have confidence in my team. I have already won the Tour, we won the Tour together. I know how to start over. My team too. " Flèche Wallonne: a look back at Alaphilippe's anthology finale in the Mur de Huy 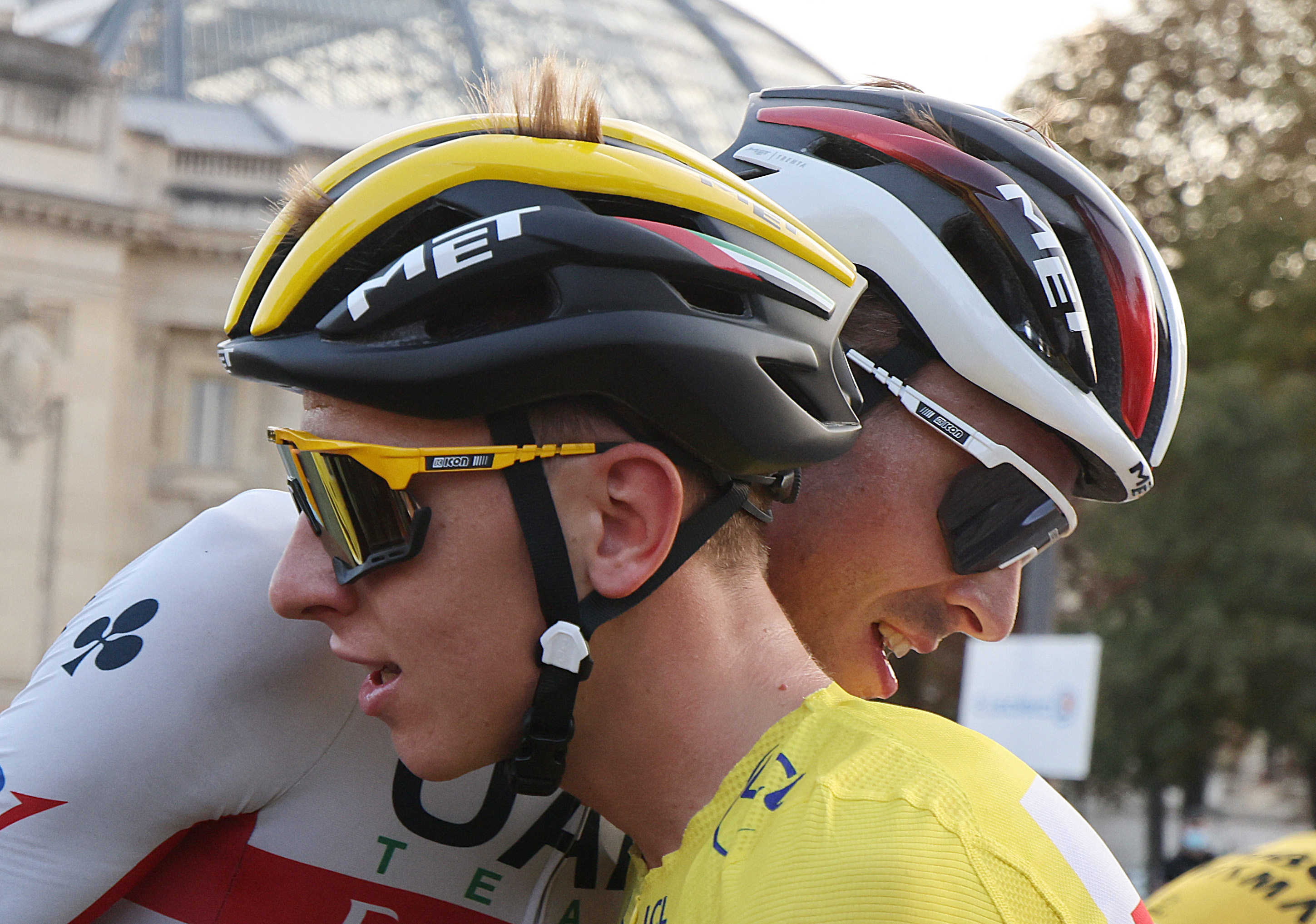 Walloon arrow: Tadej Pogacar and the UAE Team Emirates, absent because of the Covid 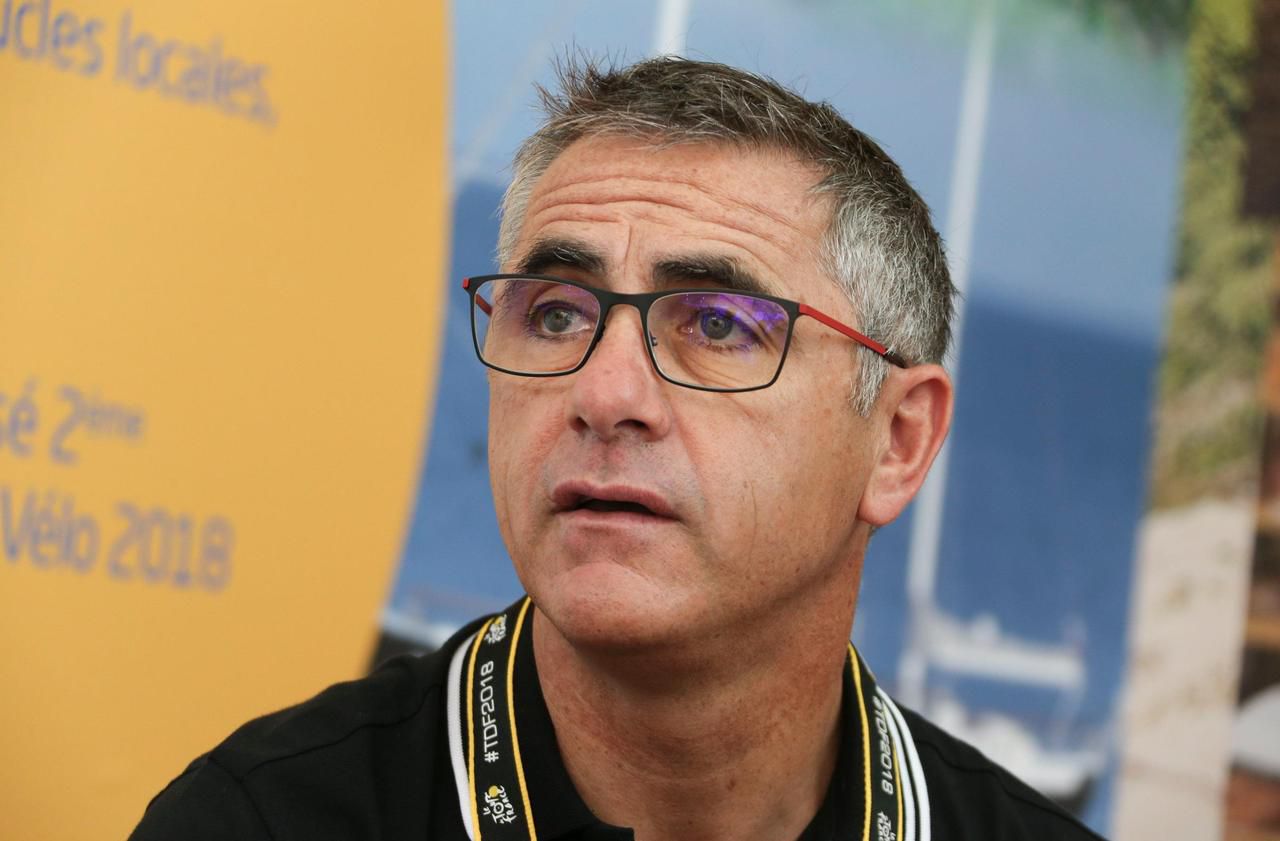 Laurent Jalabert: "Julian Alaphilippe gives the impression of being more sure of himself" 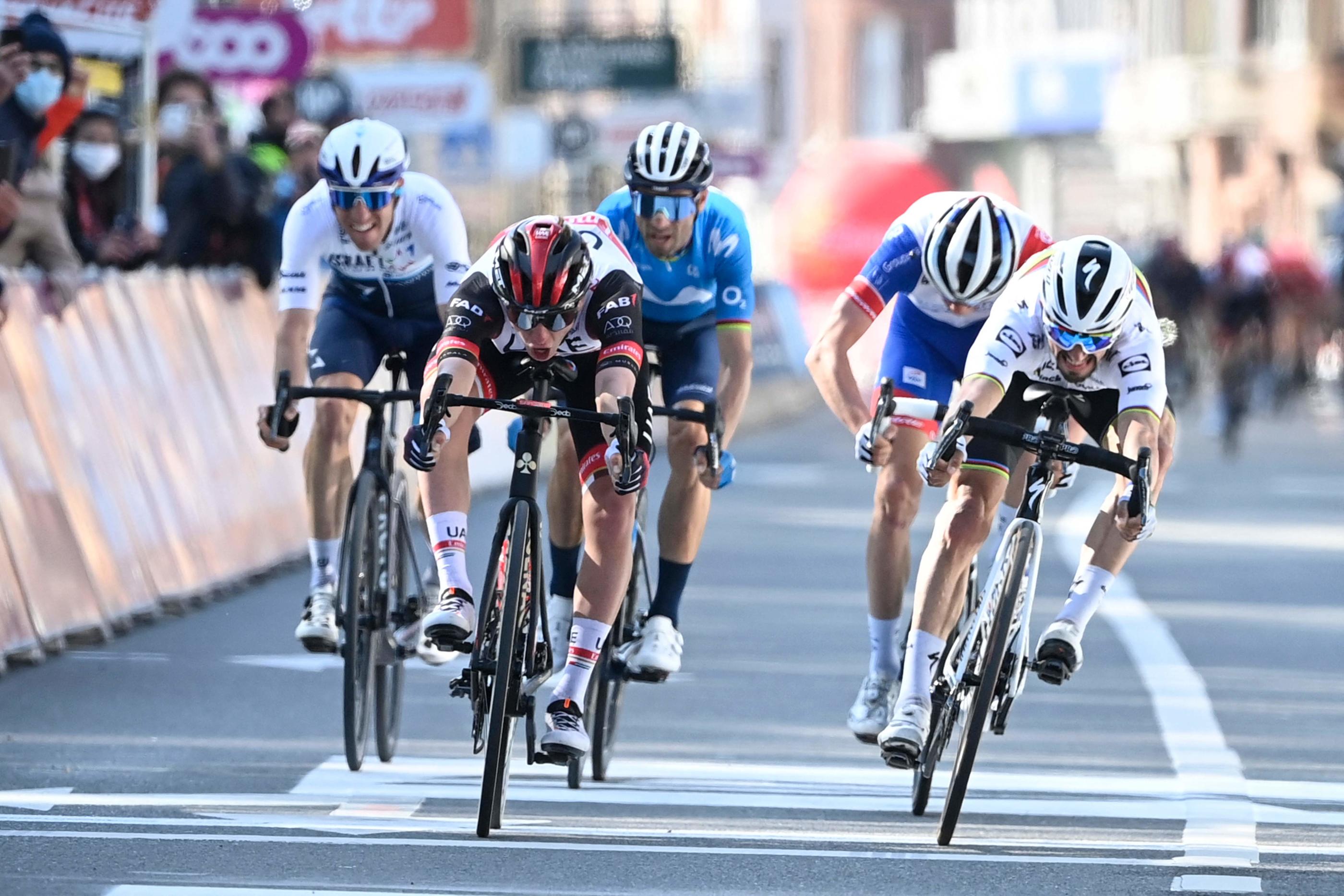 "I'll come back to win": Julian Alaphilippe, the damned one from Liège-Bastogne-Liège 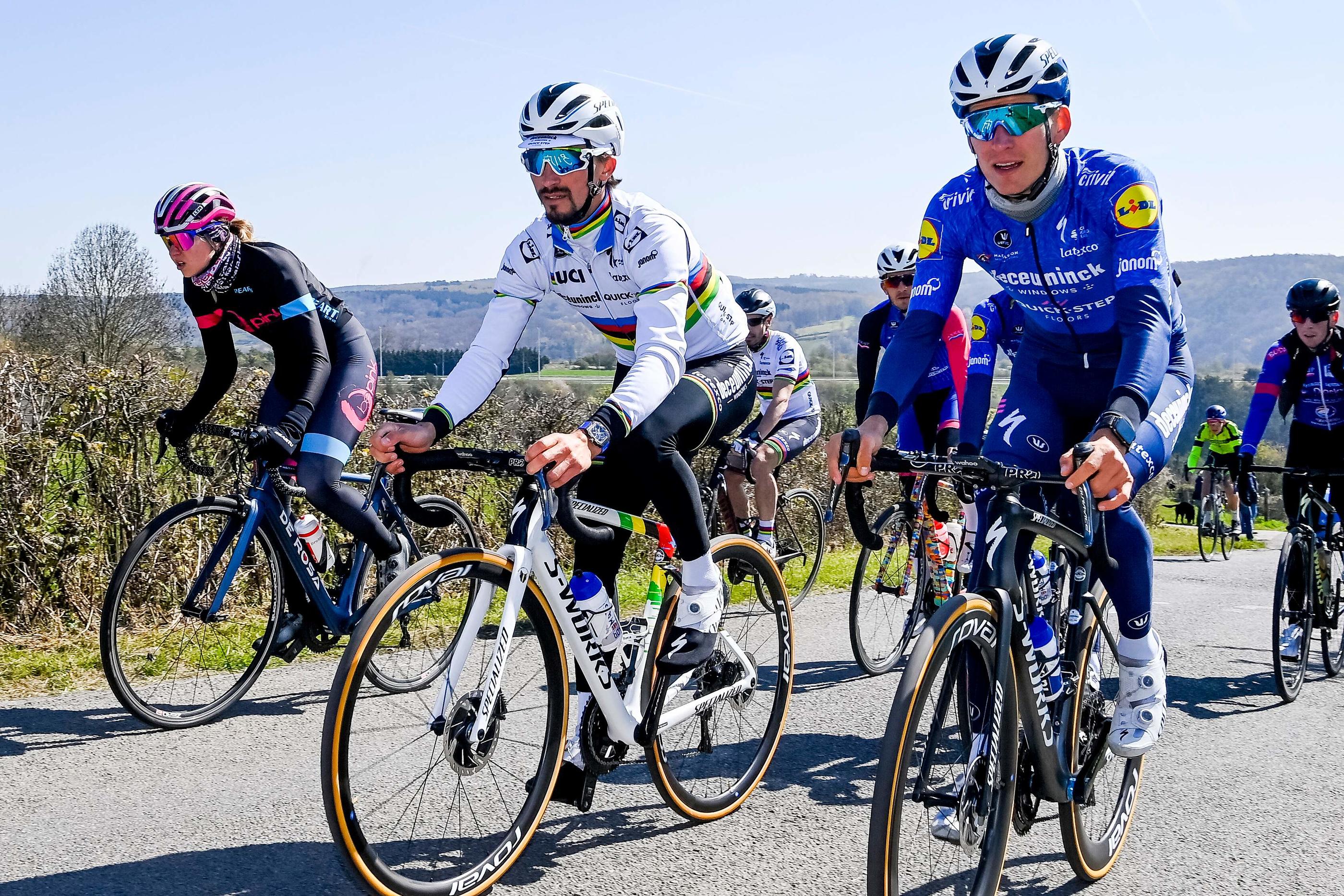 "La Flèche is only the first part of the contract": Julian Alaphilippe dreams of finally winning Liège-Bastogne-Liège

Liège-Bastogne-Liège: Pogacar winner ahead of Alaphilippe