After performing a medical miracle, the Spanish genius relinquished the offer to return to Arsenal as an assistant coach to continue his illustrious career alongside Xavi in ​​the Gulf, and storms the Champions League

The locomotive is still racing: Santi Cazorla continues to fascinate and excite in Qatar as well

After performing a medical miracle at Villarreal, the Spanish genius gave up the offer to return to Arsenal as an assistant coach to continue his illustrious career alongside Xavi in ​​the Gulf.

After winning the championship, he strikes again in the Asian Champions League (21:00, Sport 3)

His strength is still in his waist.

Mikel Arteta made sure to keep in touch with Santi Casorella and tried to persuade him to be appointed his assistant at Arsenal. Less than three years apart in age, they spent time together as actors in the ranks of the gunners, broadcasting on the same wave, speaking the same language - on paper this is a great combination. But it was very early in terms of the lowly genius.

Casorella really did not rule out the possibility of returning in time to his beloved London club, but in the meantime the timing was not right for him because he wanted to continue playing on the pitch. For Santi, football is love and pleasure. He is unable to disengage from it, and this has helped him bring about one of the most amazing medical miracles in the history of the sport - no less. So when he decided to end his career at Villarreal, he announced he had at least two more years on the pitches, and joined another close friend who wanted him on a player standard. That's how Cassorella arrived in Qatar last summer, Xabi's al-Sad.

For any other player - and frankly also for Xavi himself - perhaps this choice had a taste for moral defect.

Casorella is very hard to blame for anything.

His pure longing for the game forgets all other aspects.

He is the ultimate football artist, the character you can't help but connect with.

And if he wants to make fans happy in Qatar - then so be it.

Every thought of Casorella immediately brings a smile to the faces of the fans.

More than any other star, it symbolizes net creative football, and also an extraordinary willpower to overcome the most cruel obstacles.

He too can be blamed for a moral defect.

The tragedy began in September 2013, when Casorella injured his ankle at the start of the friendly match between Spain and Chile, but insisted on completing 90 minutes despite the limp. Because the love for the game is stronger than the pain, and that is the motto that eventually led him to a serious health condition. The damage to this injury had consequences that became fully apparent only after three years. In October 2016, Cassorella came off the pitch after cooking against Ludogorets - and it turned out to be his last game in the Arsenal uniform, even if the immediate hope was to recover within a week or two. Later, Arsene Wenger said: "I have never seen such a shocking injury." The problems accumulated over time, and the habit of playing with excruciating pain was at Casorella's disadvantage.

It happened, among other things, that Arsenal doctors were negligent. They did not diagnose the injury properly, did not know the bacteria were eating the tendon in the leg, and did not give it the required antibiotic treatment. The stitches reopened, and pus flowed out. In retrospect, the contact regretted not returning to his homeland immediately when he realized that surgical intervention was required. He relied on the experts in England, lost precious time, and when he showed up at the hospital in the Basque capital last year the situation was catastrophic. 11 inches from the tendon had already disappeared, the bone had almost melted and crumbled. "You'll be lucky if you can go back," one doctor told him. Another doctor recommended simply amputating the leg.

There was one doctor, Dr. Mikel Sanchez, who decided to fight - and he is so proud that this case is used by him to this day in his lectures. The name of his daughter India on the left arm. Some of the letters have now migrated to his right ankle. "My body looks like a jigsaw puzzle," he is careful to say with his mischievous smile.

Insisted on coming back despite everything.

Villarreal decided to give him a chance to practice, and at first it felt like an exciting tribute to the greatest hero in the club's history. Because Santi had started his career in the yellow submarine, after his beloved Oviedo went bankrupt. After a short tenure in Huelva, to which he was sold for pennies, he was returned in 2007 on a rising star standard and became one of the best ties in Spain, even in an era when Spanish ties dominated world football. Already in 2008 Real Madrid offered him a huge contract, while Villarreal could not prevent his departure in exchange for a release clause of 16 million euros. What did Casorella do? He refused to attend the Santiago Bernabeu, and extended his contract. After such an act, he became the most beloved figure in terms of stands. Fans cried when the club was forced to sell him in 2011, against his will, due to financial problems.

So when Cassorella returned home, with her body dismembered, Villarreal volunteered to help him. In practice, it soon became clear that the situation was reversed - and he was helping her. is very. After 636 days without football, Casorella is back to being one of the best and most enjoyable players in Spain. This is not just a legend. It's far beyond. It was one of the most amazing stories ever. In his first comeback season, Casorella scored seven goals in all competitions, including a 2-2 draw against Real Madrid. Last year, he was upgraded to 15 conquests - the best figure of his career (and it doesn’t really matter because a significant portion of them have been on penalties). To them were added nine assists in the league - the third figure in nature after Leo Messi and Mikael Oyersbal, the young star of Real Sociedad. Thanks to him, the yellow submarine finished in fifth place, and the fans would like it to last forever.

Casorella chose otherwise, and the parting from him was exciting - even if the stands were empty in the Corona era.

On July 19, 2020, Santi cooked his last goal in the Spanish league in a game against Eibar, then was replaced when all the players stood and cheered for him.

Immediately afterwards, he left for Qatar, signed with al-Sad - and already in September, after only a short vacation, the new league became his private league.

He did as he pleased with it.

Some players come to the Middle East just to rest and transfer millions to a bank account. For Casorella, this is out of the question. "I'm here to try to win all the degrees," he declared - and it should be noted that degrees are missing in his life. Whoever chooses to give up Real Madrid, and spends his career at Villarreal, Malaga and Arsenal, is left with only two English Cups, plus two gold medals in the Spanish uniform at the European Championships. And maybe that was never the main consideration in his career, but nice to also win something when there is an opportunity. So Cassorella opened his term at al-Sad with a double in the premiere, and did not stop for a moment. He finished his first season as a champion, with 13 goals and 11 assists in 20 games, and was the outstanding player in the league by a huge margin. Sufian Hani, the French-Algerian star of al-Jaffa, even tweeted: "It's a great honor to finish as the king of cooking alongside a genius like Cassorella."

His last goal in the league, against al-Ryan, was particularly cool - Pendel with a particularly delicate panna kick, and more on his left foot which he has not used so far in stationary situations. Now, after the Qatari season is over, Val Sad has put together a balance of 19 wins and three draws in 22 games, and Cassorella and Xavi have set out on a really challenging task - the Asian Champions League. Al Sadd's last win at the factory was in 2011, and the Spaniards are set to put an end to the drought after a decade.

Well, for now it's not going according to plan. In the opening round, the Qatari champions ended in a 1: 1 draw with Iranian Polad, and on Saturday lost to Saudi Arabia Al Nasser 3: 1. However, Cassorella certainly delivers the goods - and the temporary equalizer he scored with a free kick for connections, and again with his left foot. Even at 36, he continues to create and enjoy. In fact, it is the biggest attraction of the whole factory.

When you face Al Sad in the evening against Jordanian Al-Wahdat (21:00, Sport 3), Santi is the ultimate reason for football fans around the world to turn on the TV and watch the match.

Because it's just fun.

And he is still far from retiring.

Arteta will continue to wait for him patiently.

Losing cards in negotiations: Nikita Rokavitsia is having a hard time finding a team in the Gulf - Walla! Sports 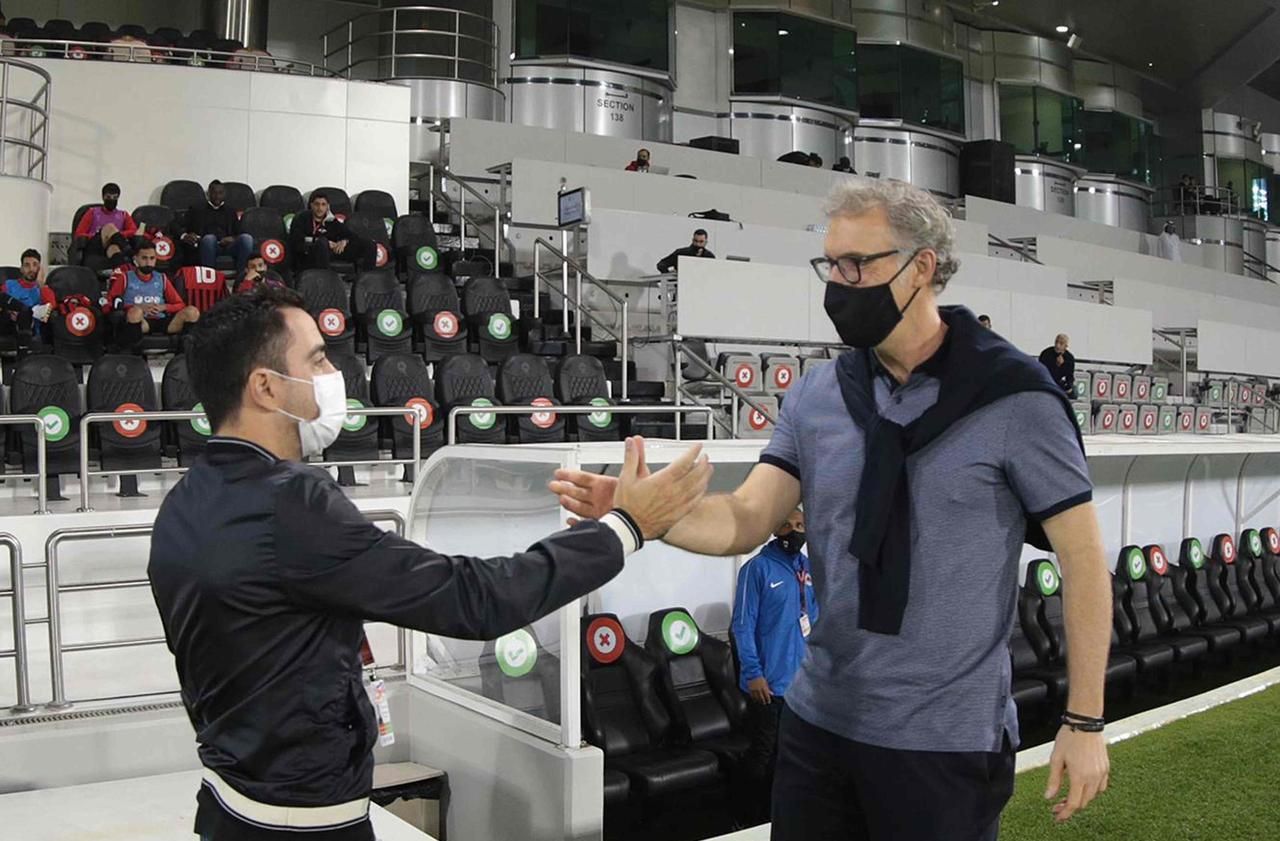 Laurent Blanc begins his adventure in Qatar with a defeat

Arsenal fans claim that "Manor Solomon is reminiscent of the Tsar". But what is the chance that he will actually sign? - Walla! sport 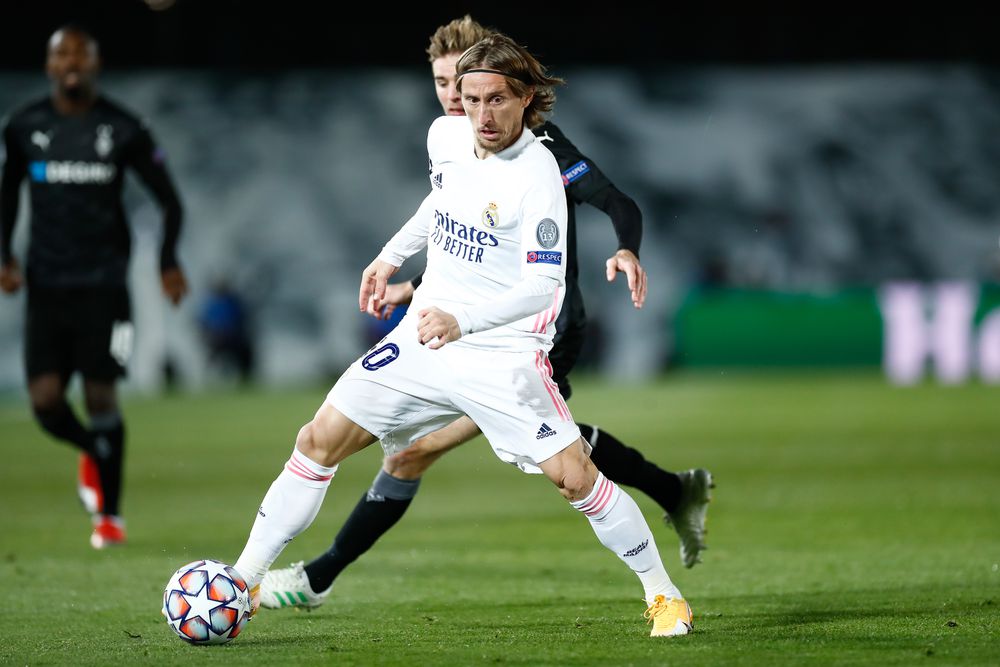 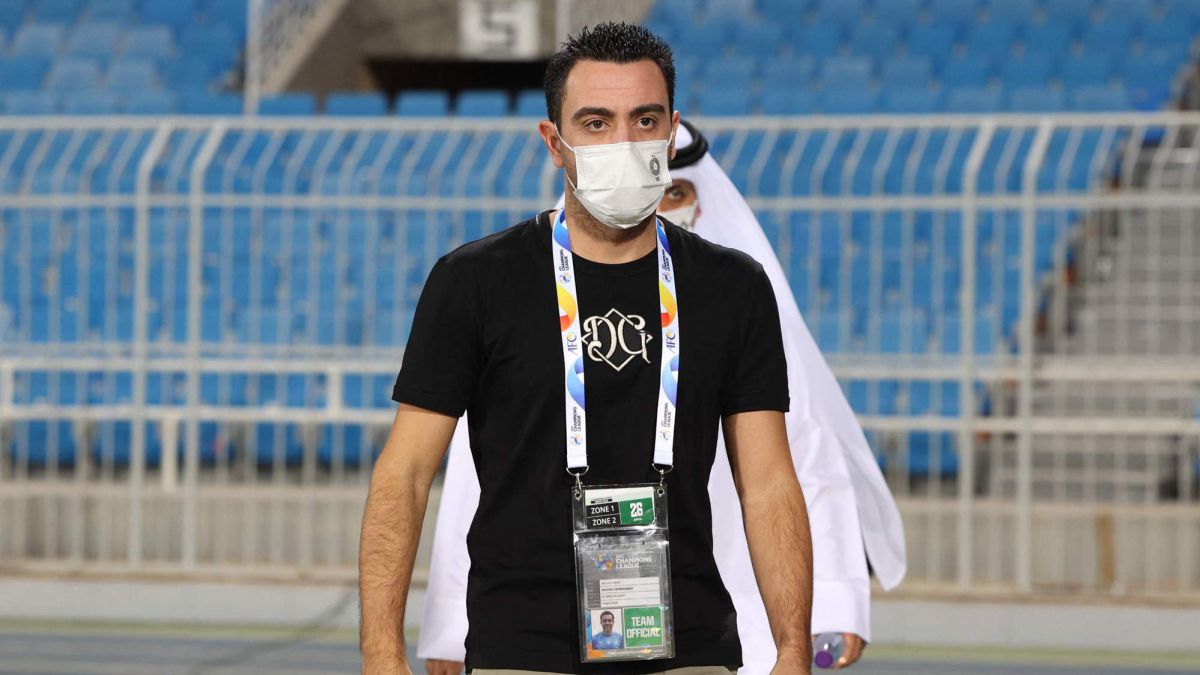 Xavi, sent off for the first time as a coach!