Victory against Bayer, the ninth title in a row almost perfect: But the Bayern players are hardly euphoric. Her trainer's declaration of farewell has left its mark. 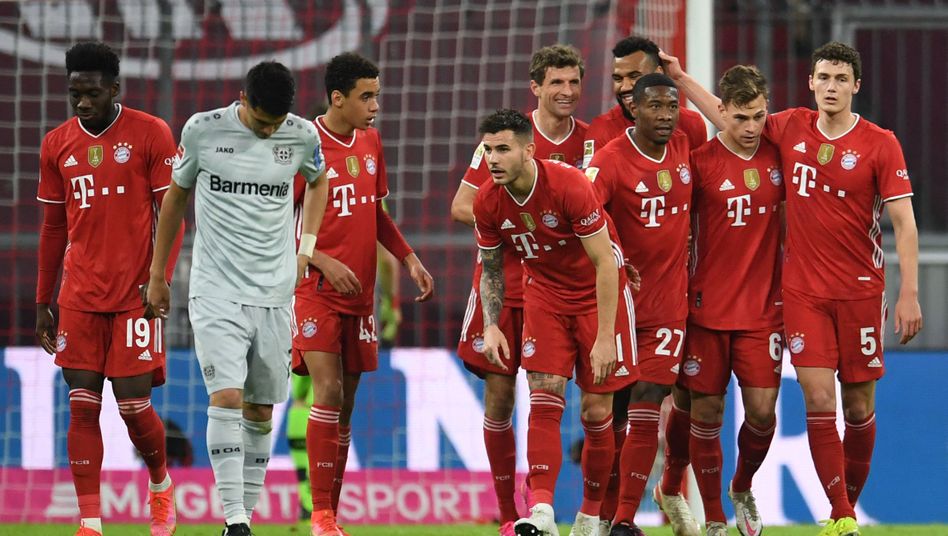 Late in the evening, around a quarter of an hour after the final whistle, there was still time for emotions in Munich.

One could have expected exuberant euphoria after this game against Leverkusen, after this all-important victory for the German championship.

Ten points ahead of pursuers Leipzig, a victory in Mainz next Saturday, and the cup goes to Munich for the ninth time in a row.

Instead, there was a touch of sadness.

Joshua Kimmich and Leon Goretzka looked subdued and sentimental when they looked back on the "most successful period in the club's history" when they declared that they would bring this period to a "worthy conclusion".

And when they said again that "the news was very sad for all of us": Hansi Flick's announcement on Saturday when he told the players after the 3: 2 (3: 1) in Wolfsburg that he would join the club Want to leave the end of the season.

The short farewell tour has begun

The 2-0 win against Bayer Leverkusen was the first game after Flick's Farewell declaration - and thus also the official start of his four-and-a-half-week farewell tour at Bayern, at the end of his 18 successful months in Munich, which he will ultimately crown with the championship as the seventh title . A conciliatory end to the short Flick era after all the rifts and internal power struggles of the past weeks and months. And despite all the quarrels and the indignation of the board of directors, it could be a reasonably silent ending without further friction. The great harmony will of course no longer break out. But there is a lot to suggest that they are now doing it professionally.

Because the fact that Hasan Salihamdizic and Hansi Flick clapped each other after the two early goals by Eric-Maxim Choupo-Moting and Joshua Kimmich did not mean the sudden start of a wonderful friendship.

Probably because of that, they can suddenly get on well with each other, knowing that they won't have to have much to do with each other in the foreseeable future.

Soon they won't have to deal with each other anymore.

Soon they will be rid of each other for good.

Will they embrace each other happily after winning the championship title and celebrate a kitschy happy ending?

It would have something from FC Hollywood again.

The board itself, which only sent the one sobering press release from Sunday about the Flick cause, continued to be covered on Tuesday, there were no statements from management members. Flick, on the other hand, once again defended his statement from Saturday, even if he reportedly thwarted the agreement with the board of directors to keep quiet until after the game in Mainz. "It was the right time for me," he said, and: "It was the right step." This should not be taken as a new snub. Rather than further confirmation of the alienation, which the management team of Bavaria should have received very calmly this Tuesday - it was a very good evening for the board in two ways.

On the one hand, because the club grandees in the upper middle tier of the arena also received breaking reports during the game when the first Premier League clubs wanted to get out of the much-criticized Super League and the construct of Bayern boss Karl -Heinz Rummenigge rejected elite league already began to collapse again.

On the other hand, because in the league after the Bayern victory and the Leipzig bankruptcy in Cologne they are guaranteed no heartbeat finals.

Because after the presumed championship decision in Mainz they can calmly gather and then relax and look for a coach for the coming season.

They must have come to terms with Flick's farewell.

Very different from the players.

"We are very motivated that we are going back to the football of the last year and a half and that we are giving Hansi Flick a worthy degree," said Leon Goretzka, who at the same time expressed understanding for Flick's decision: "You have to accept that.

Under the conditions it would not have been the same if he hadn't been 100 percent behind it. "

“They expected it somewhere,” he said, describing the internal quarrels as “unnecessary, even though we played successful football.” Kimmich was confident in the face of a possible reunion - when he was clearly in favor of Flick as the successor to Joachim Löw The national coach said: "I hope that he will then take over at the DFB in the summer."

But Flick will soon be history at Bayern, he won't be the only one. Jérôme Boateng will leave the club after ten years. To David Alaba, who has been with the club for 13 years, »Sky« reported that he had already reached an agreement with Real Madrid. It was known for a long time, of course, that the two of them were leaving Munich. And yet it was noticeable on this sentimental Tuesday that something is falling apart and something is coming to an end at Bayern. More than just the hit episode Flick.

Flick exchanges blows with Sky Reporter - "Next question, next question" 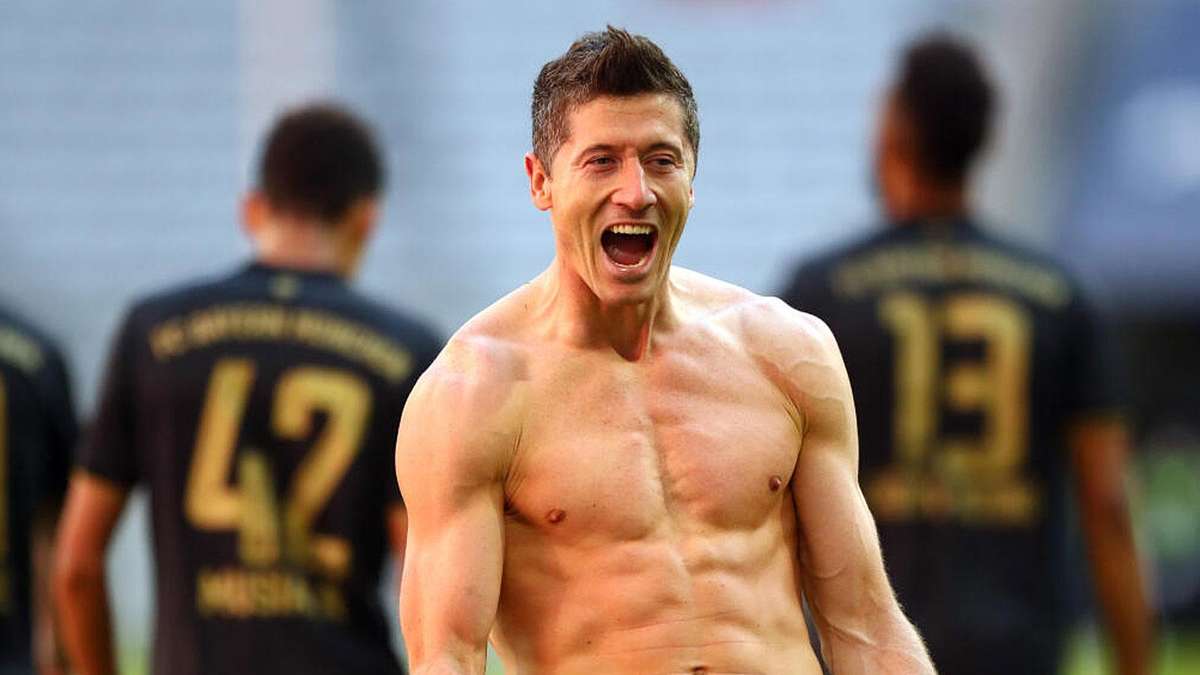