In the champion, the fall is hung in both games with the accumulated load: "Some players are already falling off their feet" • Reviews of Van Leven | Israeli soccer 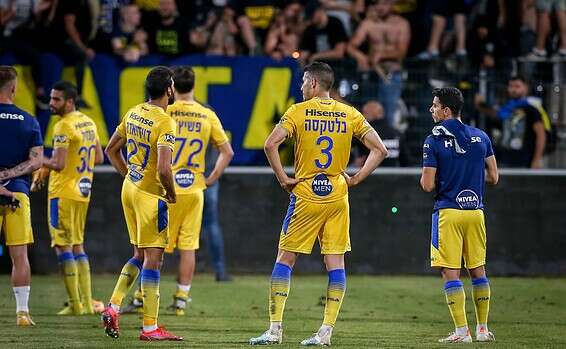 The champion hangs the fall in the last two games on the accumulated load: "Some players are already falling off their feet" ?

The clichés of the Maccabi Tel Aviv players were drawn one after the other after the loss to Kiryat Shmona: "Nothing is finished, we will fight until the last second", but everyone understands that if Maccabi Haifa defeats BS tonight (Monday) and increases the gap to 4 points , The greens can start to cool the champagne.

"It's frustrating that we messed up in money time," say those around the club.

Maccabi explained the fall in the last two games due to loads: "Fatigue killed us, there are players who are already falling off their feet."

Coach Patrick Van Leven also did not come out clean and received criticism for the rotations he made against Ashdod and against KS. "Expensive mistakes", as they said in the club's environment. "He deserves to build the team and start a season properly." Owner Mitch Goldhaar also greatly appreciates the work the Dutchman has done since being appointed to the post, so chances are the coach will continue.

The only option that will make the heads of Maccabi think of another coach for next season will be with the team will simply collapse professionally in the games they have left until the end of the season, but as mentioned, estimates are that Juan Leven will continue in his position.

Striker Itai Schechter, who came in 3 minutes before the end of the game, looks angry at the end and he will probably leave the team at the end of the season, after his contract expires. Striker Alexander Peshich's stay is also not guaranteed and it is possible that the Yellows will make big changes in their offensive part in the summer.

Maccabi Tel Aviv will try to train Zizic: "There are no favorites in this game" - Walla! sport

Maccabi Tel Aviv celebrated another title: "Sussman needs to know that this is his home" - Walla! sport