The network was moved by the brave exposure, in the Mevrachim Association, Hapoel Jerusalem tweeted: "You show us that in football anyone can be who they are"

Referee Sapir Berman was included in the game between Hapoel Haifa and Betar Jerusalem. Danny Amos: "We are here for her"

The referee will conduct the first game since the revelation of the gender adjustment process.

In the Mevrachim Association, the Netanya goalkeeper, the first footballer to publicly greet: "We have a lot to learn from this story"

The press conference at which Sapir Berman spoke about the process of changing her sex (video: Niv Aharonson, video editing: Nir Chen)

Excited reactions in the world of football to the press conference at which transgender referee Sapir Berman was published.

The 26-year-old Berman, who was born Guy Berman and is one of the Premier League referees, spoke openly about the recent gender reassignment process, which has received rave reviews online.

Sunday is already manage first game as a woman, after the Association of Judges was assigned her as a judge first encounter between Beitar Jerusalem and Hapoel Haifa. This will be the fourth game of Bremen as a judge early in the Premier League.

Applause from the crowd, amazing responses at all the sports sites and cross-border support of the Israeli football world.

Thank you Sapir for showing us that in football anyone can be who they are.

We are waiting to host you in Teddy. "

Sapir Berman: "I always saw myself as a woman, I was afraid that society would not accept me"

Danny Amos was the first footballer to post on the subject, noting that he contacted her to congratulate her, and wrote: "In recent days the discourse is around the mighty and important step of Sapir Berman. It is important for me to say a few words on the subject, as a footballer, not just as a person, as a father. I really wish it would be better here. As soon as it was published I contacted Sapir and wished her success and of course I made it clear to her that we support and we are here for her.

"I wish we could all accept Sapir's choice to share the brave step I will continue the work I love so much and I ask that you accept me and prove that we are people of love and support and not people of hatred. '

"We have a lot to learn from this story of Sapir who is revealed in a world that is very chauvinist with great courage and surrounded by support and love from her workplace and surroundings.

" We must not forget Sapir's private life before and after, but this step is important Violence or homophobia on the pitches. Football remains and is meant for the enjoyment of us all. That you the audience will come and enjoy and we the players on the grass will give you this wonderful experience. And we all understand as the years go by that there is a very important social added value. Let's together continue the change and just as racism and violence are not part of our sport, so is homophobia.

"Sapphire, I wish you lots of happiness in your life and in the process you are going through. I salute you for the courage to go with your truth to the end. Good luck!

"Come on we'll finally be back on the pitches without restrictions and in the life of after Corona, let's go back to enjoying the best in our football, in spectator displays and enjoying this thing called football that we love so much."

The Association for the LGBT said in response to Berman's exposure: "With courage and determination, Sapir shattered the glass ceilings for the trans arch in Israeli sports and in Israeli society in general. Sapir's courageous exposure is a point of light and a great inspiration not only for Israeli society in the world of sports but also for those whose voices have not been heard and still suffer from discrimination, violence and oppression just because of who they are.

"We will continue to work together with the Football Association and the relevant elements against hatred and arrogance in Israeli sports, in Israeli society, to respect the whole identity of a person as he is. Thanks to Sapir, an important step has been taken today for a tolerant, accepting and safe society for the proud community in Israel and for each and every one of them. "

Eva Madjibouz, CEO of the Authority for the Advancement of Women, congratulated: "I welcome the exposure of Sapir's groundbreaking process and I am proud that the Israeli Referees Association and the Israeli Football Association have supported and strengthened throughout.

This is the first move of its kind in the world of football when a transgender referee serves as a referee in the Premier League, even though the industry is perceived as conservative.

"Everyone has the right to live his life in the most natural and right way for him and I am sure that the move will be a source of inspiration and an example of tolerance for other people."

The first transgender referee for Sapir Berman: "The world of football is more open than you think" - Walla! sport 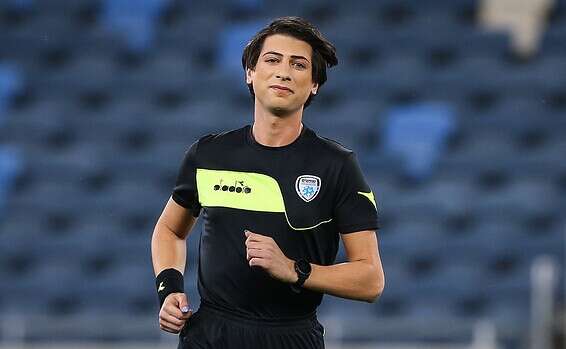 Hapoel Haifa - Betar Jerusalem: The debut of Sapir Berman, a guest on the guest - Walla! Sport 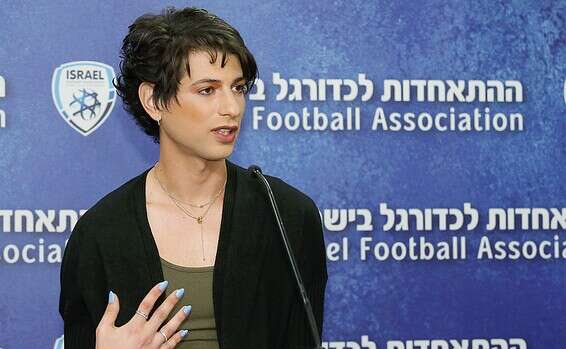 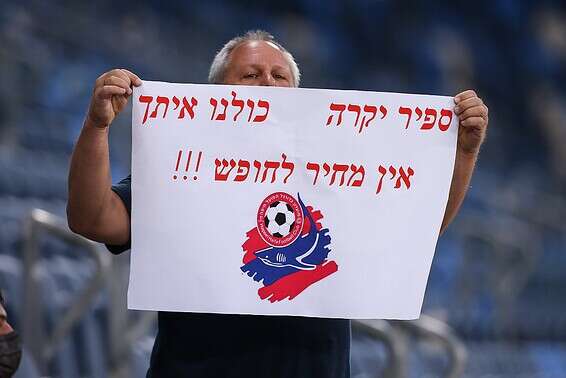 Sapir Berman: "Hopefully there will be a change in society" Israel today