Find the analysis of our special envoys at the Parc des Princes after the defeat of PSG against Manchester City in the semi-final first leg of the Champions League (1-2) on Wednesday evening. Christophe Remis and Baptiste Desprez at the Parc des Princes

De Bruyne and Mahrez, two artists executioners of the Park

PSG had been warned. It was not enough. City number one danger, Kevin De Bruyne, unwittingly, was the first to hurt the Parisians with his equalizing goal (64th) on a center that ended his race with the goal of a surprised and annoyed Keylor Navas. Five years ago, in the quarterfinals this time, he had already donned the executioner costume with two goals to his name. Same sanction with Ryad Mahrez, the child of Sarcelles, who played Bakker throughout the second half, before showing his technical accuracy on a magnificent free kick (71st) for the second goal of the Citizens. "He has been playing beautifully well for months and has shown it again this evening (Wednesday)", salivated even Pep Guardiola in front of the media after the meeting. These two knocked out Paris. In large widths.

The full support of PSG followers

It doesn't feel good to be a football fan for over a year. Everyone knows the reasons for this. The fault of empty stadiums, no more possible form of outlet and non-existent support to fulfill this famous role of twelfth man. Despite everything, the diehards of PSG are not lacking in imagination to support their protégés in their Champions League epic this season. A Parc des Princes remodeled for the occasion in the colors of the club, with in particular a banner of encouragement which adorned three-quarters of the enclosure "A region, a city, all behind you, on the way to the final triumph". Add to this several hundred supporters present at the players' hotel and not far from the Parc des Princes for the arrival of the bus before the match. Between smoke, songs and the atmosphere of great evenings,despite the Covid-19 context.

READ ALSO - Marquinhos, symbol of a conquering PSG then anesthetized

Fire extinction. With a room for two different atmospheres. No one would have imagined such a scenario with regard to the first act issued by the Parisians. In the spans of the Parc des Princes at the break, all the journalists were under the spell of a conquering PSG, sure of his strength and who had just crushed the Citizens. It was without counting on the pomp of Pochettino's men when they returned from the locker room. Like a Marco Verratti looking for a second wind, the entire Parisian block has exploded. Asphyxiated and unable to keep up for 90 minutes. Blame it on a tired group? To a Ligue 1 which does not offer such adversity over such a long streak unlike the Premier League? Has players short of breath after the precedents of Barça and Bayern? Answer in a week in Manchester.

READ ALSO - "The two is m ...": the leader of Oasis Liam Gallagher mocks the duo Neymar-Mbappé

0. Like the number of shots Kylian Mbappé had against Manchester City on Wednesday night.

A number as a symbol of helplessness and a failed encounter by the Parisian prodigy.

Far from his XXL outings against Barça and Bayern in previous rounds.

More rare, especially during the first act before diving like all his partners, Neymar did not do much better.

Incapable of creating danger, of saving his family on a stroke of genius or of sounding revolt in the heart of the stagnation of his family.

If Paris wants to believe in the feat on Tuesday in England, it will necessarily go through a great match between its two extraterrestrials. 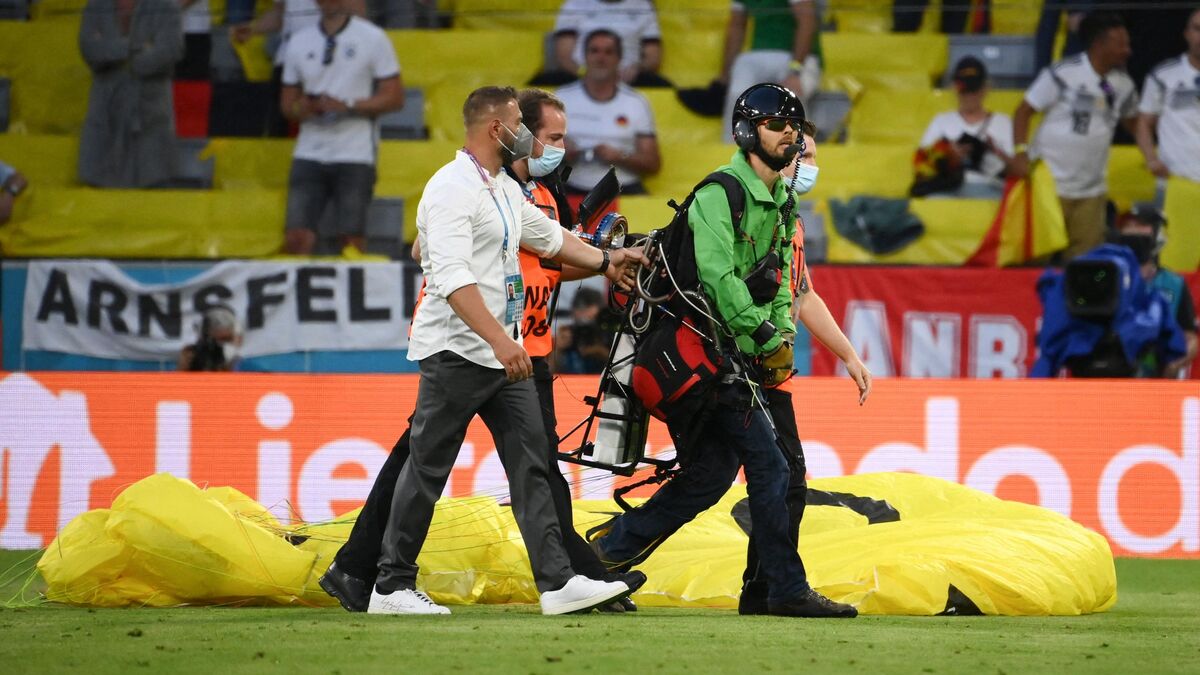 France-Germany: what we know about the ULM which missed its landing before the match