Haas team boss Günther Steiner arranges the start of the season for his drivers. Mazepin's accusation that Schumacher enjoys an advantage, he does not want to deny. Haas team boss Günther Steiner arranges the start of the season for his drivers.

Mazepin's accusation that Schumacher enjoys an advantage, he does not want to deny.

Günther Steiner does not have an easy task.

In an interview, the cult South Tyrolean talks about internal disputes between the pilots, the first three races *, the future of the team and Schumacher junior's chances of world championship.

Mr. Steiner, what is your conclusion after three races as the headmaster of the flying classroom?

Steiner (laughs): Thank you for the new job title!

It goes up and down, but that was to be expected.

Apprenticeship years are no master years for the boys.

I can see from Mick that he is also making progress in the race.

Nikita in Imola too, but not in Bahrain because he failed in the first round (laughs).

This is obviously not fantastic, but it can happen.

We practice with the drivers what can happen.

But there is still a difference between school and professional life.

Schumacher made two small mistakes in the first two races.

How did he deal with it?

That's good as long as it's not too intense, because you have to find the right balance to take the next step.

But that's part of it in the first races as a puppy.

Tsunoda also made a mistake.

You recently said that Mick is also calm about difficult situations.

What do you mean by that specifically?

Steiner: The calm comes from the fact that he is technically and mentally very well prepared for everything.

Because you only get nervous when you come into a situation that you cannot deal with.

And if it does, he doesn't show it to the outside world.

The good thing about it: if he stays calm, everyone around him stays calm too.

He's critical of himself, but he doesn't panic.

How did he react to his kiss on the wall on the pit radio in Imola?

Steiner: He apologized and then it was all about how we could get him to the pits for repairs at the optimal time.

Nikita Mazepin has two even more difficult first races behind her with an accident in Bahrain and various spins afterwards.

How did you build it?

Steiner: We talk through what happened and why and how to get out of such a situation.

He tries very hard, and even when mistakes happen, you have to stay positive and motivate him.

Nevertheless, the public criticism is great.

The nickname "MazeSpin" has already established itself in social media (spin = to turn, d.Red.)

Steiner: That is part of it.

Social media are both a blessing and a curse.

They can help you, but they can also harm you.

That's why you shouldn't listen too much to positive or negative reactions, but simply try to do a good or a better job.

We are currently in a phase in which we have to find ourselves.

Mazepin has complained that Schumacher has an advantage through the Ferrari Academy and the associated simulator and test drives ...

Steiner: I wouldn't say he complained.

He said it because it's true.

It's definitely not a disadvantage for Mick, but I don't think driving a two-year-old car in Fiorano is a huge advantage either.

It's always good to be in the car.

But how much it really brings, there are still questions unanswered.

You have now been able to get an idea of ​​Schumacher: is he a future winning driver and world champion?

Steiner: After two races, I wouldn't let myself get carried away with these statements, even if I should actually say: Of course!

I would like to watch him a little longer, but I can already say: he certainly has the material to become a good Formula 1 driver.

To become world champion, you have to be in the right car at the right moment.

And now to say that he will be world champion: I don't want to and shouldn't build up the pressure.

He has proven that he is a good racing driver, also in Formula 3 and Formula 2. Will he be a champion?

Too early to say.

At the moment we are on our honeymoon.

I'm still careful to draw any conclusions that will stick with the boys forever.

Honeymoon is a good keyword: you are in a relationship with both Ferrari and Mazepin's sponsor Uralkali.

To what extent do both have an influence on the development and treatment of your protégés?

Steiner: It is easiest to manage when you are honest, give both of them the same conditions and can prove that.

There will always be inquiries.

And every driver always believes he is being disadvantaged.

And if you really only have a new part for a driver with you, you have to communicate it openly and honestly.

This is my way.

Most recently, another sale of the team to Uralkali was in the room.

Can you say something about that?

Steiner: These are rumors that have no basis whatsoever.

Haas still belongs to Mr. Haas and it will stay that way.

Nobody is happy with the current results.

But Gene Haas knows the path we are going.

He still enjoys Formula 1 and was also in Portugal.

And as long as we are better positioned in the medium term to what we will be, that is okay with him.

The interview was conducted by Ralf Bach. 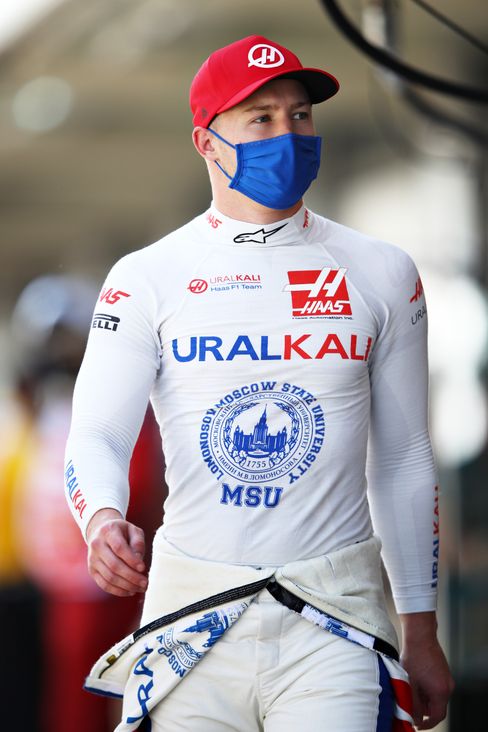 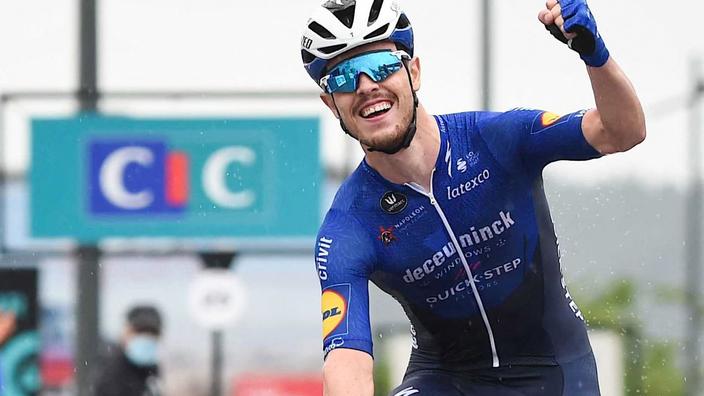