SV Werder Bremen have three finals left to stay in the Bundesliga. The first Bremen relegation battle final starts on Saturday with the home game against Bayer 04 Leverkusen - it is another final for coach Florian Kohfeldt too. The preliminary report of the DeichStube *.

SV Werder Bremen have three finals left to stay in the Bundesliga.

The first Bremen relegation battle final starts on Saturday with the home game against Bayer 04 Leverkusen - it is another final for coach Florian Kohfeldt too.

Bremen - The task was not easy, that has to be mentioned directly at this point. But there was also no alternative. Which is why

and Frank Baumann had no choice but to tackle the matter on Thursday afternoon. Closed. Compact. And fully focused. Just as they always ask of their players on the pitch. During the press conference before the home game against

themselves into a joint duel - a tough duel with confidence.

The fact, that the external circumstances on Osterdeich dictate three game days before the end of the season, is not that easy to pack.

It twists and turns, and it is precisely why it is needed more urgently than ever.

Werder Bremen has to

, and Werder Bremen knows that too.

Despite fear of relegation and a series of defeats.

Despite Toprak injury, unexplained future as a coach and the enormous quality of the next opponent.

After all, none of this is of any use.

And so the compulsory media

into a six-point game about the right point of view.

Werder Bremen against Bayer Leverkusen: The unconditional backing for Florian Kohfeldt is history

"In my opinion, there are now three things to emphasize", Baumann started on the podium in the media room of the Weserstadion and listed: 1.) "Unity as a club and as a team on the pitch", 2.) "Complete focus for 100% commitment ”and 3.) said“ Confidence and optimism ”, which is the basic requirement for the first two points. Everything else, so the tenor of the sports director: it doesn't matter. So it was all too good that he had actually

the future of coach

, but avoided this topic with his three-point plan without an answer. Because it is a sensitive subject, one that could disrupt operations and be detrimental to the confidence that is being sought.

It has long been clear that the club and coach could soon split up - after the season, in the worst case possibly earlier.

Since Baumann made the

against Leipzig the job final for Kohfeldt, the climate has changed, the once unconditional support for the coach is history.

Which Kohfeldt should also feel.

not to let it get too close to himself

before the home game against

He agreed with Baumann this week that the future issue would not be clarified until after the season.

Werder Bremen versus Bayer Leverkusen: "Not a big difference to the cup game"

"I'm only concentrating on the next game and on

as quickly as possible," assured the 38-year-old, who sees it as his duty "to keep me busy 24 hours a day". Part of this task: pushing the negative aside as best as possible, highlighting the positive. As is well known, this does not always go quickly, which could be an explanation for the fact that Baumann and Kohfeldt up there on the podium - unlike usual - made a slightly strained impression when they were confident.

The coach reported that the disappointment after the good performance and the therefore so bitter cup-out against Leipzig was initially great, “but since Tuesday there has been a real train in training again. The team noticed that the positive thing about this performance was that we unconditionally left everything on the pitch and were brave. We'll take that with us from the game, and we need that against

. ”A sentence that in itself could be understood as a challenge to the team.

To be on the safe side, Kohfeldt stepped up again: To appear again in cup mode on Saturday - in other words: determined, courageous, self-confident - is the obligation of the players.

“I want to win every game, I am there a thousand percent in every game, and I don't see much difference to a cup game on Saturday.

That is my clear formulation to the team that they have to keep that. "

In order for it to succeed, the coach has largely stuck to his processes from before the Leipzig game. "We stayed in the same basic direction," said Kohfeldt, who doesn't overload his team with too many tactical subtleties, but prefers to put the mentality in the foreground. Strengthen your own strengths, believe in them and hold on to them. At

the purpose of confidence.

There was nothing positive about the bare news that Ömer Toprak suffered a setback in rehab and may now be canceled until the end of the season, but Kohfeldt also wrested an at least a little encouragement from her: “We have against Leipzig even without Ömer made a good game. ”That should be

, with a better result, of course. Kohfeldt praised his opponent as a "top-four team" of the

, called him "ungrateful", but before he got back nor the curve for confidence: "But for us it must be completely do not care." (Dw) *

Also interesting: This is how you see the Bundesliga duel between Werder Bremen and Bayer Leverkusen live on TV!

Werder Bremen against Bayer Leverkusen today in the live ticker 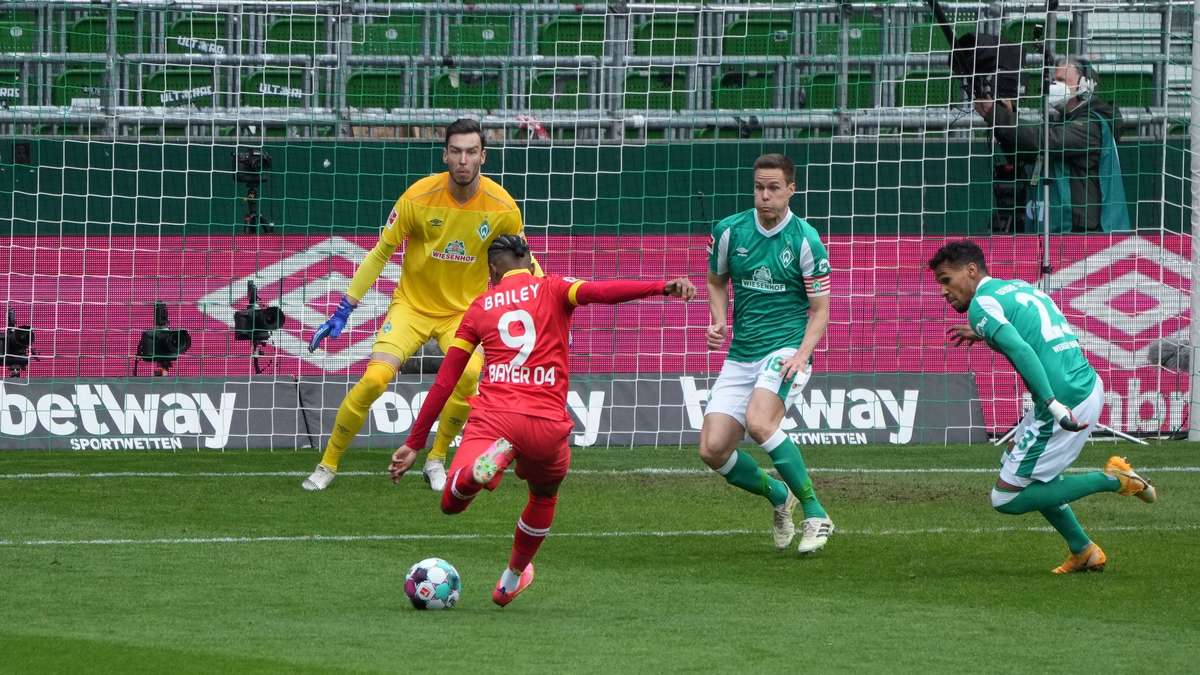 Toprak goal is enough for Werder to win points in Leverkusen