Second division: Paderborn wins in Aue 8: 3 (and that's not a typo)

Four minutes were played, when Erzgebirge Aue was already leading 2-0 against Paderborn. What happened next should go down in second division history. 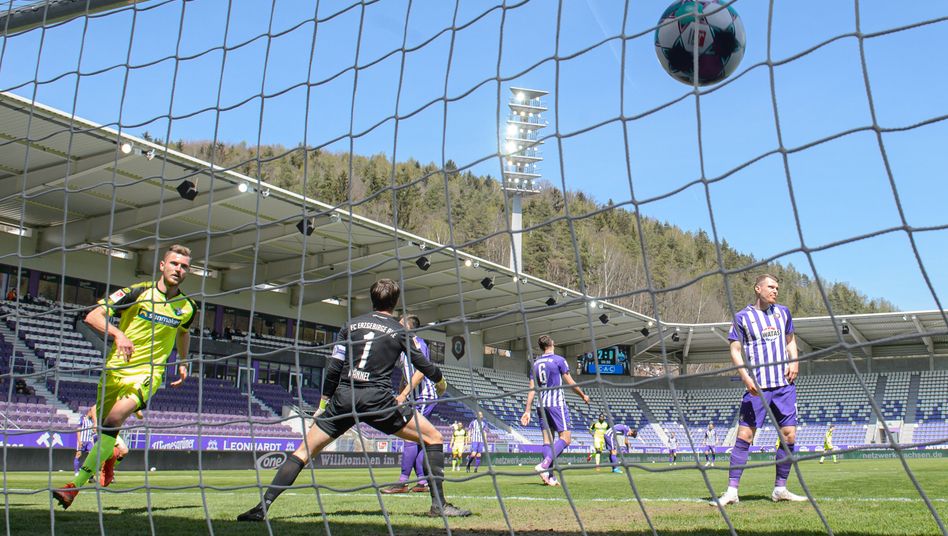 The first of eight Paderborn gates in Aue

SC Paderborn won a goal festival in the 2nd Bundesliga and moved up to eighth place.

In a wild game, the hosts even took the lead thanks to two quick goals from Dimitri Nazarov (1st and 4th minute).

The early 2-0 was not even enough to win a point, and by far not.

Goals from Dennis Srbeny (10th), Sven Michel (31st), Chris Führich (42nd / penalty) and Aue's goalkeeper Martin Männel with an own goal (45th + 1) ensured that the guests were clearly guided during the break.

Bochum has taken a big step towards returning to the Bundesliga.

With a 5: 1 (2: 1) against SSV Jahn Regensburg, the league leaders secured at least participation in the relegation on the 32nd matchday.

The team of coach Thomas Reis turned the game around, initially the relegation-threatened guests met through Andreas Albers (26th minute). But for the Revierklub there were goals by Robert Tesche (29th), Regensburg's Jan-Niklas Beste (38th / own goal), Gerrit Holtmann (61th) and Robert Zulj (78th) and Silvère Ganvoula (90th / penalty kick). Jahn professional Benedikt Saller also saw the red card (59th) after video evidence for a foul in the second half.

In the table, Bochum is five points ahead of SpVgg Greuther Fürth and seven points ahead of the Holstein Kiel team, which, however, has played two games less. If Bochum wins one of its remaining two games of the season, the Bundesliga return after eleven years in the second division will be perfect. Two draws would certainly be enough. It would be VfL's seventh ascent. Regensburg, however, must continue to fear relegation. The lead on the relegation rank for the team of coach Mersad Selimbegovic is four points.

Heidenheim has kept his mini-chance of the first Bundesliga promotion and increased the relegation worries of SV Sandhausen.

The team of coach Frank Schmidt prevailed 2: 1 (0: 1) against SVS and thus has at least a theoretical chance of promotion.

Two game days before the end of the season, the FCH are separated by five points from Holstein Kiel in third place, but the Kielers have also played two games less.

Patrick Mainka (59th) and Tim Kleindienst (82nd) ​​scored the goals for the hosts, Daniel Keita-Ruel (43rd) had previously put Sandhausen in the lead.

The SVS must continue to fear for relegation.

The team of interim coaches Gerhard Kleppinger and Stefan Kulovits are level on points with Eintracht Braunschweig in third from last place, but have the better goal difference.

Second division: Paderborn wins in Aue 8: 3 (and that's not a typo) 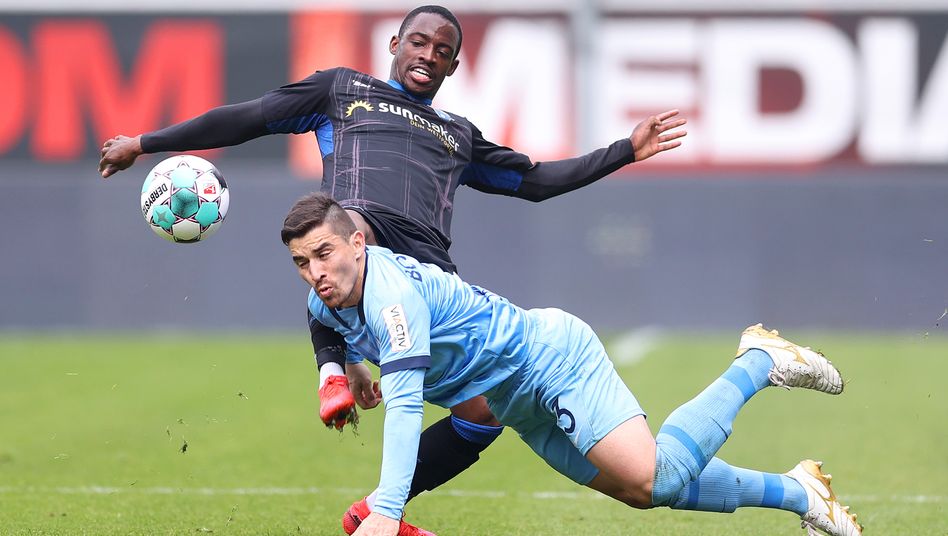 2nd league: Leader of the table 0: 3 in Paderborn 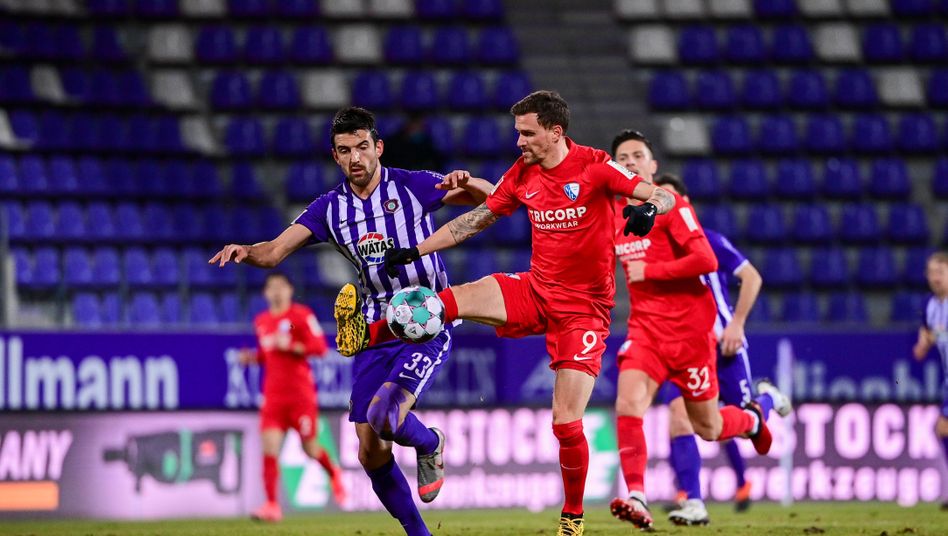 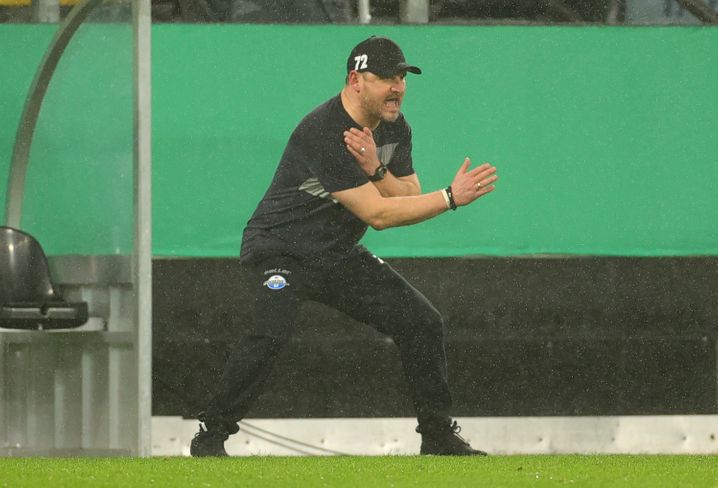 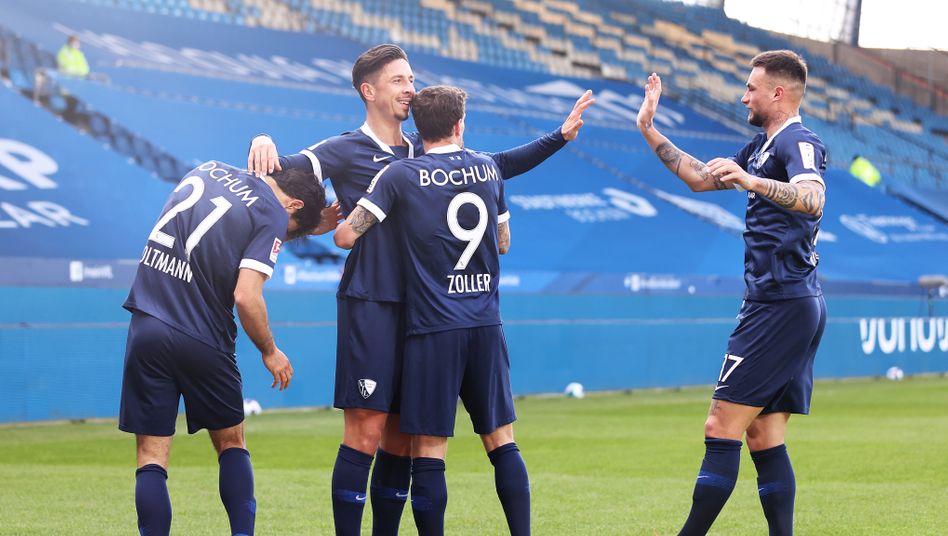 Online chess: SC Moosburg makes it clear for the finals