PSG which is finally dedicated to Mbappé, Lyon who is looking for a coach or Real who sees himself keeping Zidane: find all the information of the transfer window football this Sunday, May 9, 2021.

Paris is counting on Neymar to convince Mbappé to stay

Paris Saint-Germain pushed a sigh of relief this weekend: Neymar, whose future seemed uncertain this summer one year from the end of his contract, has finally signed a new lease. The Brazilian striker (29) is now linked with the capital club until 2025, with an option for an additional season. But PSG have no time to waste: their other megastar, Kylian Mbappé, is still out of contract in June 2022. Rumors sending him to Real Madrid will not stop until he has extended, like those now extinct linking Neymar to FC Barcelona. According to

, PSG hope that the extension of Neymar will tip the scales so that Mbappé (22 years old) imitates him, he who calls for guarantees on the sports project.

Problem: it will also be necessary to financially satisfy the French world champion.

And Neymar's salary, estimated at € 36 million gross / year, "does not leave much room for maneuver," writes L'Équipe.

Without significant sales, which Paris has already struggled to complete last summer, it will be very difficult to lock the future of Mbappé, author of 37 goals in 43 matches in all competitions this season.

Neymar: "I am very happy to extend with Paris"

“Unless there is a surprise”,

believes he knows the 4 coaches likely to take over from Rudi Garcia at Olympique Lyonnais. There is always Christophe Galtier (54 years old), whose departure from Lille is more relevant than ever. But as mentioned last month, OGC Nice is on the right track with a potentially doubled salary. Then arises the name of Patrick Vieira, unemployed since his dismissal from ... Nice last December. The former midfielder of the Blues (44 years old) has been proposed to OL which considers him more and more credible. The other two tracks are foreign: there is always the temptation Roberto De Zerbi (41), praised by observers for his work in Sassuolo, 8th in Serie A. But the fact that he does not speak French chafouine Jean-Michel Aulas, while Shakhtar Donetsk would be in pole position according to various media. Finally,the former attacking midfielder of Monaco and PSG, Marcelo Gallardo (45), is observed. The Argentinian, in place at River Plate since 2014, fully intends to train in Europe ... but not before the end of his contract at River, in December 2021.

Real would exclude a departure of Zidane ... who opens the door

If Real Madrid win their last 4 La Liga matches, starting with the reception of Sevilla FC this Sunday (9 p.m.), they will be crowned Spanish champions.

Otherwise, it will be a white season for the Merengue, eliminated in the Champions League semi-final on Wednesday by Chelsea (1-1, 2-0).

Asked about his future this Saturday at a press conference, Zinédine Zidane wanted to be lucid.

"I will not pose a problem for the club," said the 48-year-old French coach.

In other words, if he is pushed out, "Zizou" will accept his fate.

But this Sunday, the Madrid daily

reports that this idea is not on the agenda among the leaders of Real.

No one has been contacted to succeed Zidane.

A meeting between him and his leaders is scheduled at the end of the season to discuss the subject and, potentially, the contours of the Madrid workforce in 2021-22.

And that doesn't matter if Real win La Liga or not by the end of the month.

Zidane's 11 titles at the head of Real Madrid

Undisputed holder in Brighton where he missed only two Premier League matches this season, Yves Bissouma seems to be living his last days with the Seagulls.

The Malian defensive and international midfielder (24) has requested his transfer, according to the

Revealed in Lille that he left in 2018 for nearly € 17 million, Bissouma caught the eye of Liverpool, Arsenal and Manchester City.

Olympique de Marseille would also have ticked its name, but would have the greatest difficulty in competing with English clubs, both sportingly and economically.

Bissouma still has two years of contract at Brighton, 15th in the Premier League and almost guaranteed to stay. The transfer window: Mbappé would like to stay in Paris, farewell Messi? 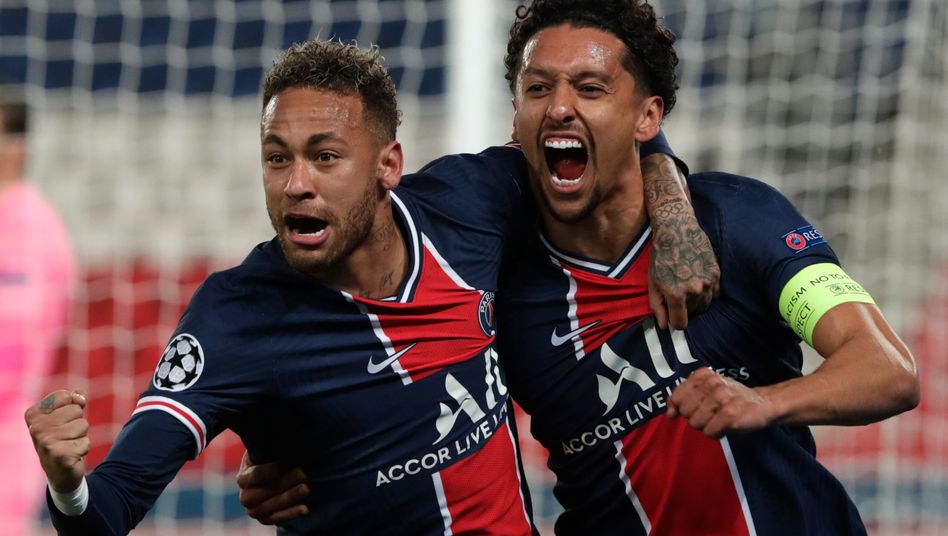 Extension to PSG: "Everything is almost settled", assures Neymar

Messi, Varane, Domenech: the transfer window rumors of the day