Promotion to the second Bundesliga - actually a reason to celebrate. Instead, numerous supporters of Dynamo Dresden fought a street battle with the police. The video. 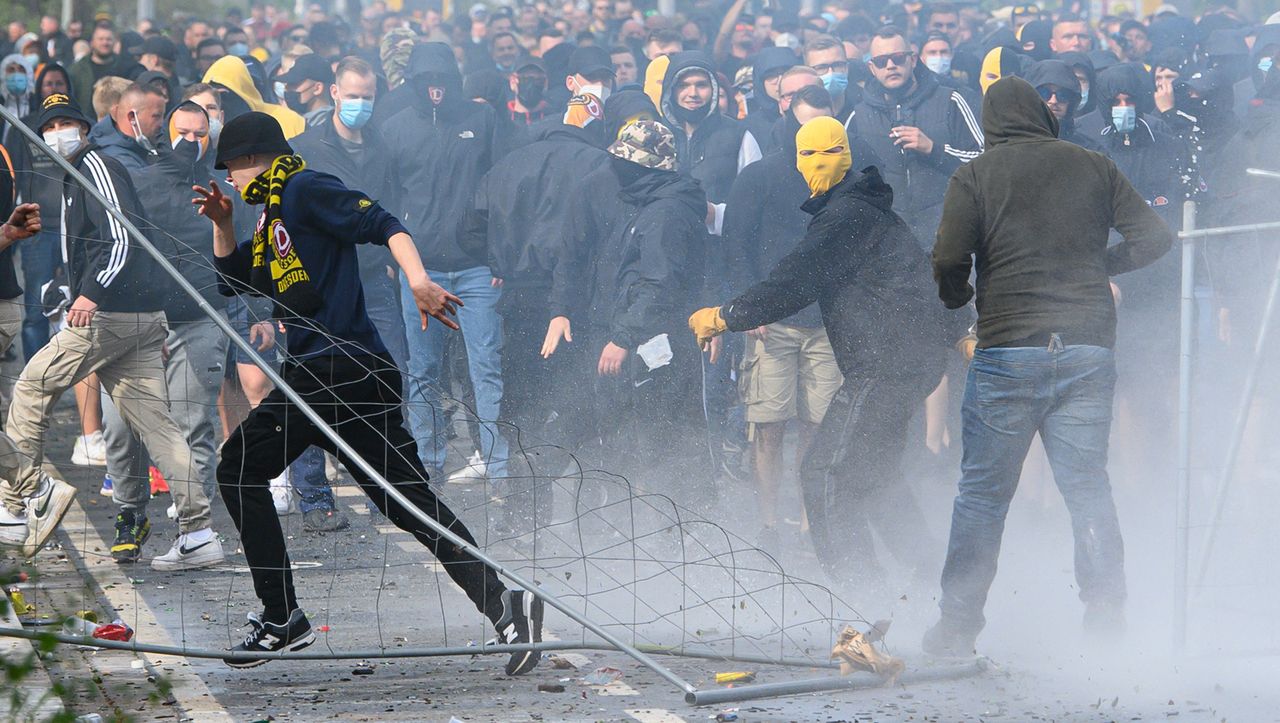 Dresden am Sonntag: Dynamo supporters have a street battle with the police shortly before the end of the home game of the third division soccer team.

At least 500 rioters attack the officers with bottles, stones and pyrotechnics.

The officers respond with water cannons, tear gas and a clearing armor.

The police had previously asked the approximately 4,000 people in the Großer Garten park near the stadium to leave the area.

Balance of the riots: 185 injured police officers, 32 arrests and 103 violations of the Saxon Corona Protection Ordinance.

Investigations into serious breach of the peace, bodily harm, damage to property and violation of the Explosives Act.

With a 4-0 win over Türkgücü Munich, Dynamo Dresden secured promotion to the second division.

The team wrote on Twitter that it was a shame that this day was so badly damaged.

The incident must now be dealt with.

Dynamo has had problems with violent hooligans among its fans. 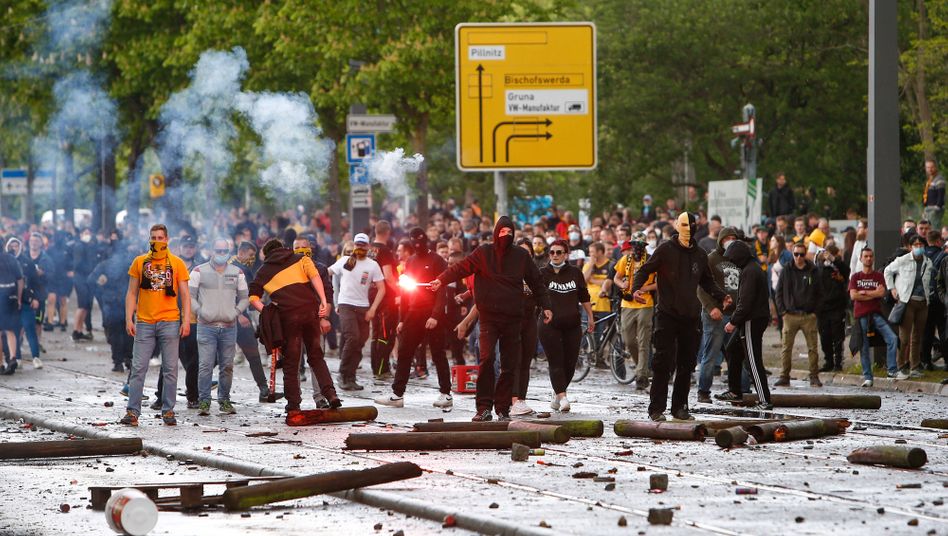 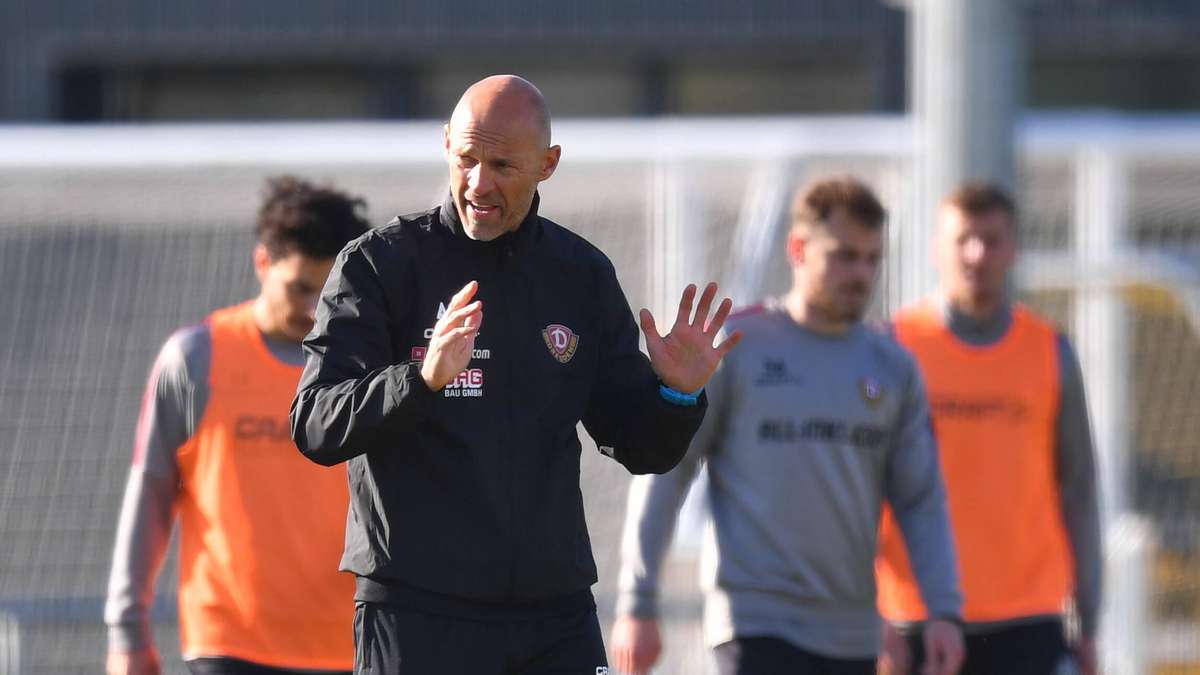 Alex Schmidt with challenge: "Every drop of blood" for the ascent