The Colombian rider enters the closed circle of riders who have won at least two great Tours. After taming the Tour de Fran 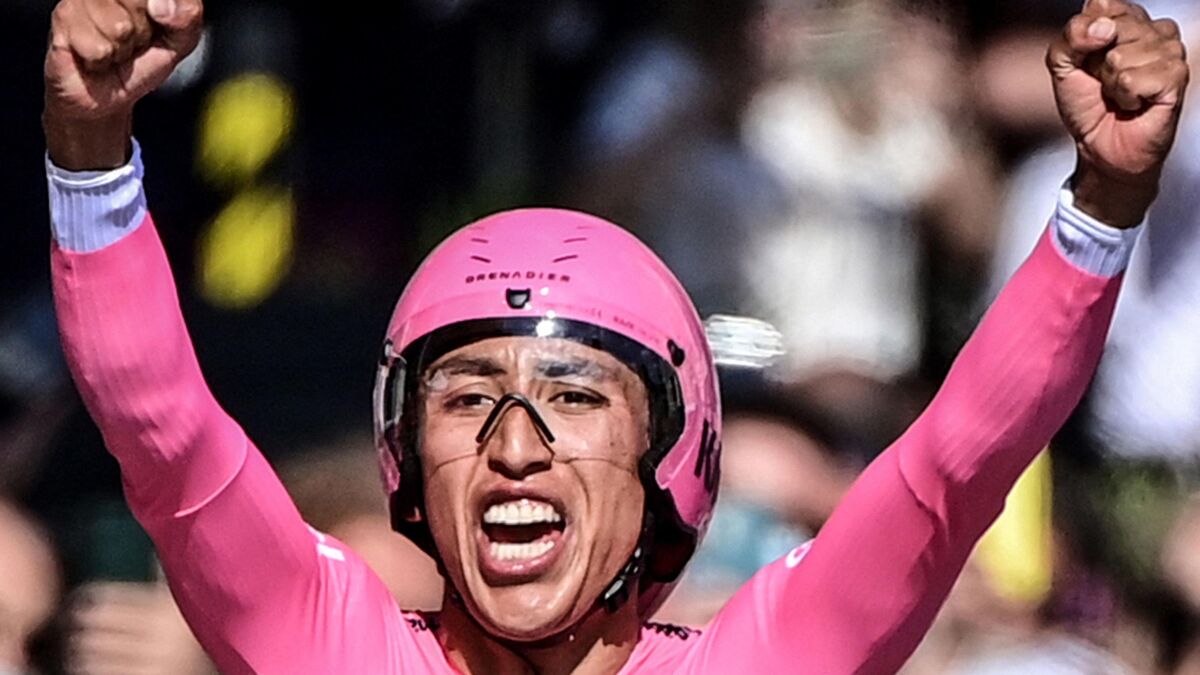 Colombian Egan Bernal (Ineos) won the Tour of Italy at the age of 24 in his first participation this Sunday in Milan, two years after winning the Tour de France.

He triumphs in the country that welcomed him when he arrived in Europe and inevitably, the emotion is strong: “I cannot believe what is happening to me, reacts the Colombian.

I just won the Giro, it's amazing.

I have no words because the Giro is the most incredible race in the world.

In the standings, Bernal precedes the Italian Damiano Caruso, present for the first time on the podium of a Grand Tour, and the Briton Simon Yates, winner of the Vuelta 2018.

Irresistible in the first two weeks by winning the 9th and 16th stages, Bernal proved to be the most consistent over the three weeks of the race, managing the last stages as best they could with the support of a strong team who could well do damage in July on the roads of the Tour.

His back, his weakness

In Italy, the Colombian from Zipaquira, north of Bogota, signs the 19th major success of his young career. His story is well known: he started with mountain biking, won two world medals in juniors in this discipline, before being integrated for two years by Gianni Savio in his Italian training before joining in 2018 the Sky armada which became Ineos, the strongest in the world. "He is the greatest talent I have seen in forty years," said Savio, a talent scout in South America. Bernal succeeded at the age of 22 to reach the Grail missed by his predecessors (Herrera, Quintana, Uran): in 2019 he became the first Colombian to win the Tour de France.

In the great enthusiasm that accompanied his victory, Bernal kept a cool head.

His instinct, his character, preserved him from the runaway.

He remained close to his family, to his parents who he asked to stop working, to his father German, a former security guard, to his mother Flor who did housework.

But the life of the former journalism and communications student (he ended his studies to devote himself to cycling) has changed, a lot.

Her life has changed since 2019

Financially first, since his long-term contract with the British team would ensure, according to estimates, annual income of around 2.8 million euros per year.

Sportingly too: everything got complicated after his success in the Tour and the backlash the following year.

“In 2019, I was not going to the Tour to win it, I was the second in the team behind Thomas who was the outgoing winner,” he recalled on the Giro.

In 2020, the Colombian obtained full powers… But he missed it.

He quit in the Alps on Tuesday morning after a rest stop.

We now know why: recurrent back pain that required daily physiotherapy on the Giro according to his explanations.

This back is the Achilles heel of the South American rider who has already said that he would not be at the start of the Tour de France in Brest on June 26.

He may be at the start of the Vuelta at the end of the summer to hang a new Tour on his record after trying to get an Olympic medal in Tokyo.

On the Giro's list, he succeeds a Briton, Tao Geoghegan Hart who is absent and who will face him in less than a month at the revealing of the Tour de France.

In Milan, he added the white best youngster jersey to his outfit. Peter Sagan, brought back for the first time the cyclamen jersey of the points classification, the specialty of the Slovak in the Tour de France (seven times green jersey). Frenchman Geoffrey Bouchard won the blue mountain jersey. 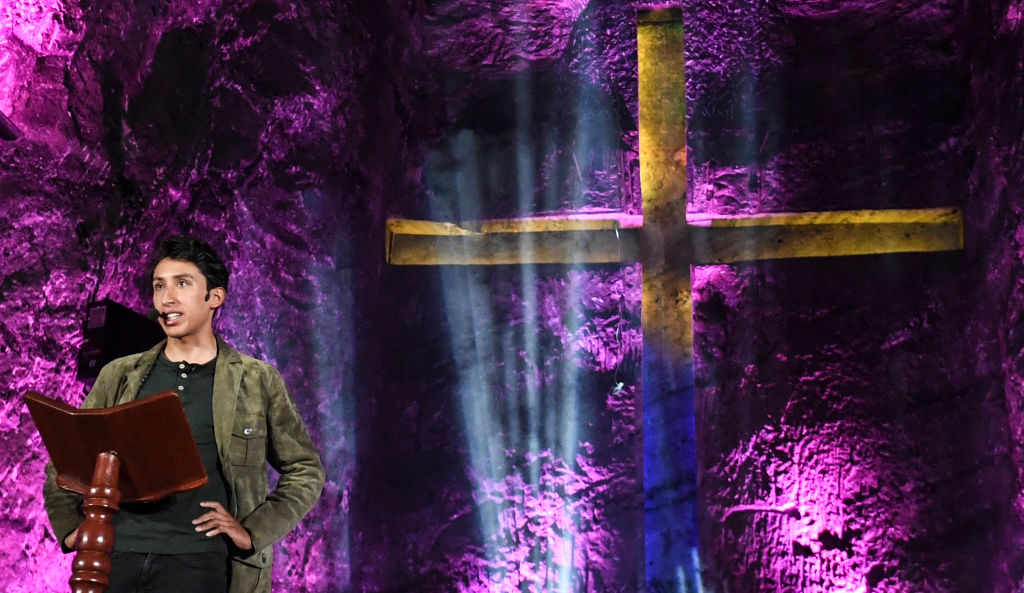 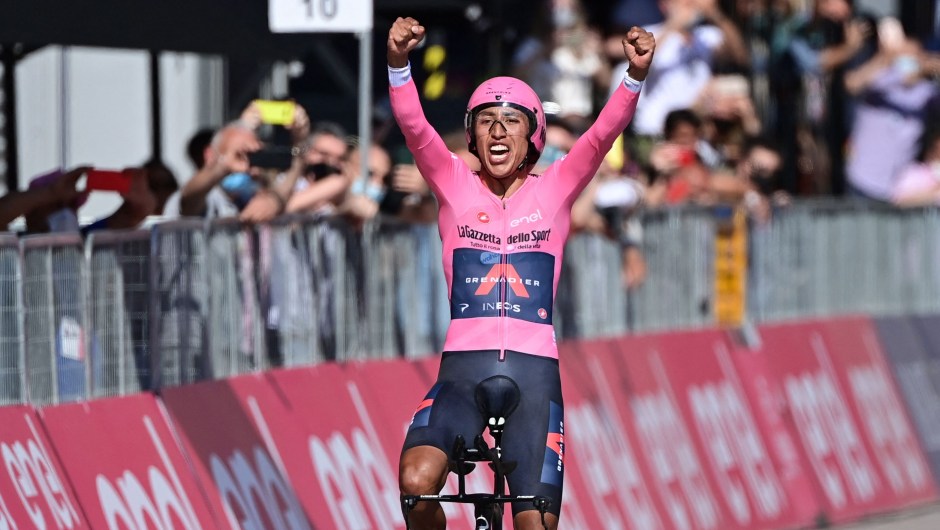 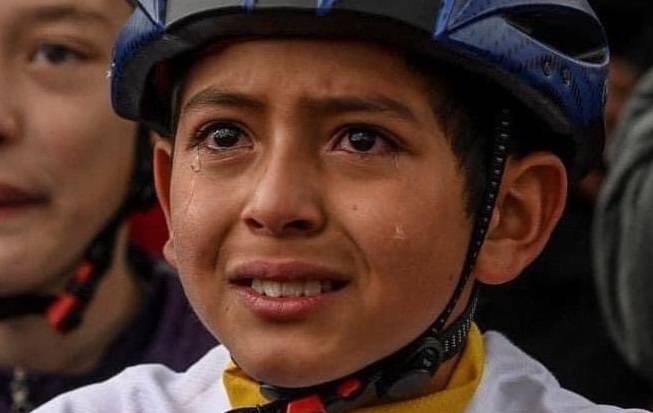 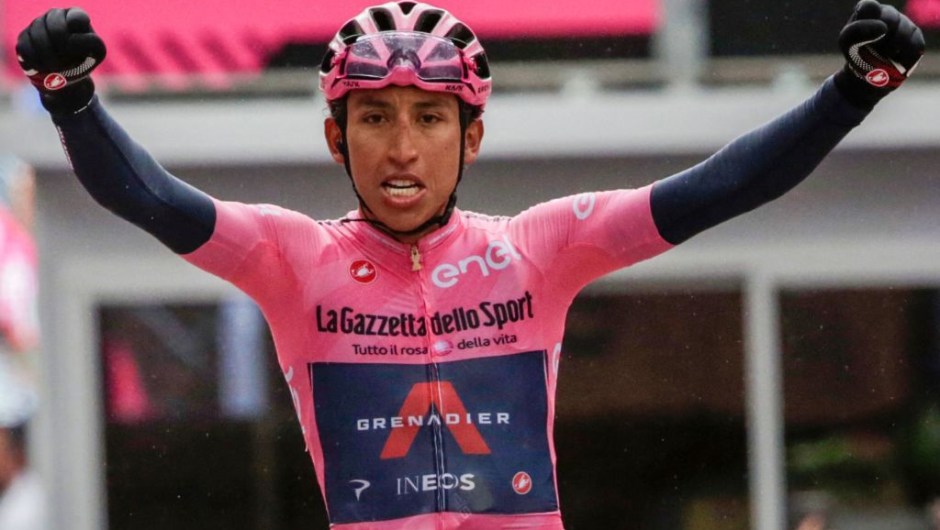 Egan Bernal expands his favoritism to win the Giro d'Italia Bernal winner of his first Giro: "I was crossed by a lot of doubts" 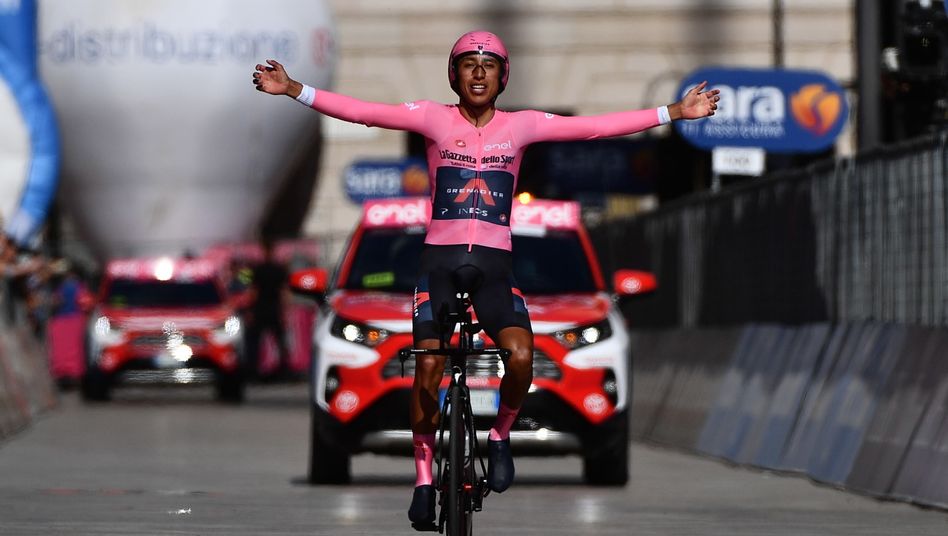