The president of Paris Saint-Germain evokes, for L'Equipe, the future of the 22-year-old world champion.&nbsp;&nbsp;

Will Kylian Mbappé still wear the Parisian colors on the restart?

This is the question that agitates football Europe this summer.

Question for the moment without answer.

Except for Nasser Al-Khelaïfi.

, the president of Paris Saint-Germain wants to be "clear" about the future of the 22-year-old prodigy: "Kylian will stay in Paris, we will never sell him and he will never leave free." End of the story ? It is obviously not that simple. Under contract until 2022, Mbappé is faced with a simple choice: either he extends or he leaves. Unless the vice-champions of France take the risk of seeing him leave without transfer compensation in a year ... "What I want is to win, to feel that I am in a place where I can really win, or there is a project that is solid around me. I eat football, I live football, and therefore the sporting project is essential, ”declared the person concerned at the end of May, on

, in the form of a message to the club and its leaders.

"Where can he go?

Which clubs, in terms of ambition and project, can today compete with PSG? "

A priori, the message was received, "NAK" affirming that the PSG "has ambitions for this summer" and "targeted" the positions to be reinforced during the transfer window.

In the middle, Gini Wijnaldum will perhaps come to strengthen the Red and Blue.

“If he says that, he wants to win and that's not a bad thing.

We are ambitious too.

But if he wants to decide who to recruit or not, that is not possible.

I repeat, he's a great boy, I'm sure he says that because he wants a better team to win the C1, ”insists Nasser Al-Khelaïfi about Kylian Mbappé's speech.

And to add: "I never give details in the media on current negotiations.

All I can say is that it is progressing well.

I hope we will find common ground.

It's Paris, it's his country.

He has a mission, not just to be a football player but to promote the French Championship, his country and his capital.

He is a fantastic boy, as a person and as an athlete.

He's one of the best players today and he will win the Ballon d'Or for years to come, I'm 100% sure.

He has everything you need to extend here.

Where can he go?

Which clubs, in terms of ambition and project, can today compete with PSG? "

Leonardo and Pochettino gone to stay

Ten years after their arrival, the Qataris are also "here for a long time". Another argument for Mbappé, but not only. In the hollow, we also understand that Nasser Al-Khelaïfi does not intend to separate from Leonardo ("I am very lucky to have a sports director like him"). Regarding Mauricio Pochettino, no doubt either. And this while various rumors have evoked a departure of the Argentine coach, who has been said to be unhappy with a number of things in Paris and in bickering with Leonardo. “This situation really upsets me, it's not right. He's been there since January, he still has two years of contract, he's our coach. For him as for Mbappé, people are trying to disturb us. But we're together. No one will divide us by doing this, ”he says.To go in the direction of "NAK", "Poche" would have actively participated in the announced recruitment of the Dutch international Wijnaldum, in the face and beard of Barça.

Moreover, the Catalan club "tried to recruit Neymar to the end" before his extension, as the slip Al-Khelaïfi.

“It was not complicated to find an agreement with Neymar,” he explains, adding that the 29-year-old Brazilian told him he wanted to “finish his career at PSG”.

The future will tell if this career will take place alongside Mbappé, or not… One thing is certain: the Coué method will not be enough to prolong the ex-Monegasque.

To see if the arguments developed by Nasser Al-Khelaïfi, Leonardo or Mauricio Pochettino will hit the mark. 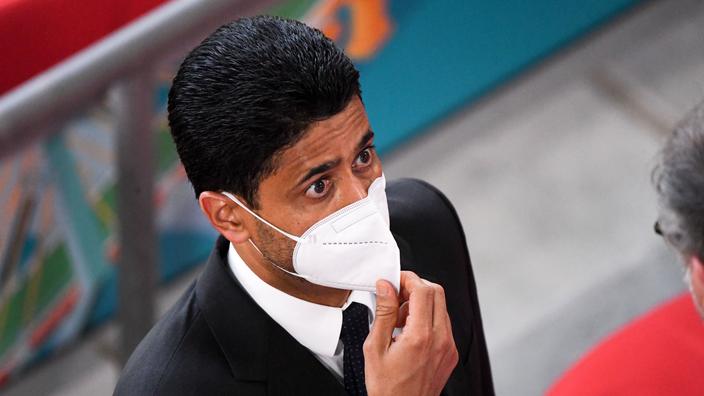 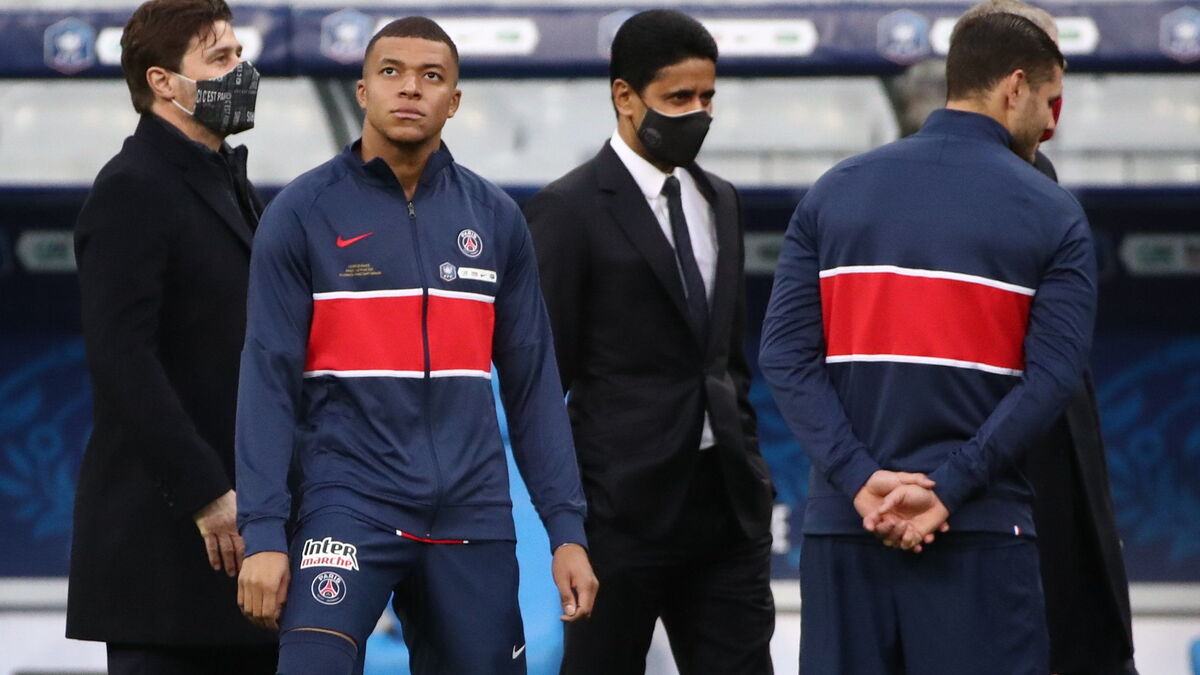 Haaland, Lenglet, Jovetic: the transfer window rumors of the day 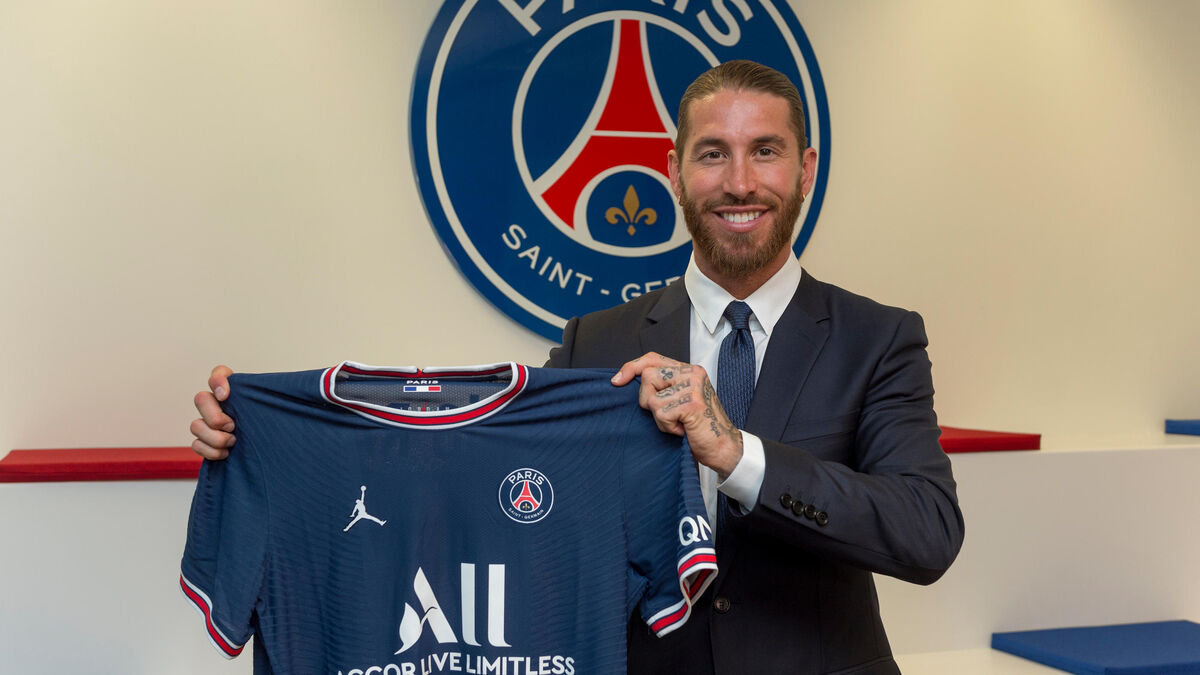 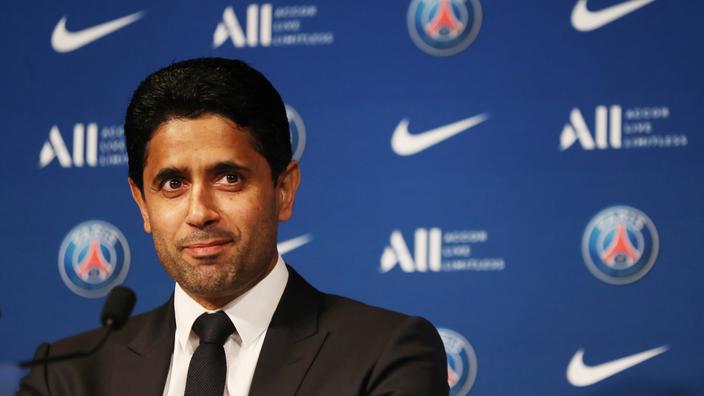 For Al-Khelaïfi, with the arrival of Messi, Mbappé "has no more excuse" to leave PSG