Germany will play the last test match before the European Championship against Latvia. The dress rehearsal of the DFB-Elf in the live ticker.

Germany will play the last test match before the European Championship against Latvia.

The dress rehearsal of the DFB-Elf in the live ticker.

Düsseldorf - The German national team * will face Latvia in the last test match before the European Football Championship.

The DFB-Elf want to recharge their batteries and prepare for an emergency.

A week before the start of the tournament against world champions France, there are still some question marks about the personnel and the tactical direction.

With our brand new, free EM newsletter, you won't miss any news about the EM 2021. *

Germany against Latvia in the live ticker: Kroos before returning after corona illness

Mats Hummels and Toni Kroos * are at the EM dress rehearsal for the German team. There is still a question mark behind Lukas Klostermann from Leipzig. And Bayern professional Leon Goretzka will not only miss the international match in Düsseldorf against Latvia after his muscle injury, but also the first European Championship match against France on June 15 in Munich. “He will definitely need a few more days, maybe a week, to get into team training,” reported national coach Joachim Löw * on Sunday at the end of the training camp in Seefeld. In Austria, the 26-year-old Goretzka was only able to complete one individual training program.

The veteran Kroos survived his corona infection well. "Toni Kroos got out of this illness without any problems," said Löw. The Real Madrid midfielder appeared "as you know him" at the training camp. The 31-year-old Kroos came to Seefeld late from the corona quarantine. “I'm not worried about my fitness. It's not like I'm coming from a six-week injury. I just didn't do anything for a week. You can do that, ”said Kroos himself.

Hummels, who returned to the national team, “trained completely normally and free of symptoms” at the weekend, as Löw was pleased to note.

At the beginning of the training camp in the Tyrolean Alps and in the 1-1 draw against Denmark, the 32-year-old defender had pain in his patellar tendon.

But Hummels had "no fundamental problems", emphasized Löw, who is planning to join Dortmund in a three-man defensive back on Monday. * Klostermann had a slight effusion in his knee after the game against the Danes.

The 24-year-old was also spared in training on Sunday.

Germany against Latvia in the live ticker: Löw does not want to bet on EM-Elf

The Champions League winners Kai Havertz, Timo Werner and Antonio Rüdiger from Chelsea and the loser in the final Ilkay Gündogan from Manchester City, who later came to Seefeld, can take part in the last test.

Löw wants to regulate their playing times: “The English still need a bit of a run-up.”

In any case, he “doesn't want to play the way they did against France”, “because Latvia is very defensive”, announced the national coach: “The line-up is the solution for the game against Latvia.

Against France it will be different again. ”In Düsseldorf, Jonas Hofmann from Gladbach could begin on the right wing.

Germany against Latvia in the live ticker: New before 100th international match

Manuel Neuer * will also play as number 1 against Latvians. The captain will play his 100th international match in Düsseldorf. The anniversary of the Bayern keeper was “a magic number”, said Löw: “We can all - and he too - be proud of that.”

In the training camp, the DFB selection “made a step forward”. There are still a few things that can be improved. "Now it goes into the details," said the national coach. You have to "continue to work in order to become even more stable and solid". After the test against the Latvians on Tuesday, the German team moved into their EM base in Herzogenaurach, Franconia. 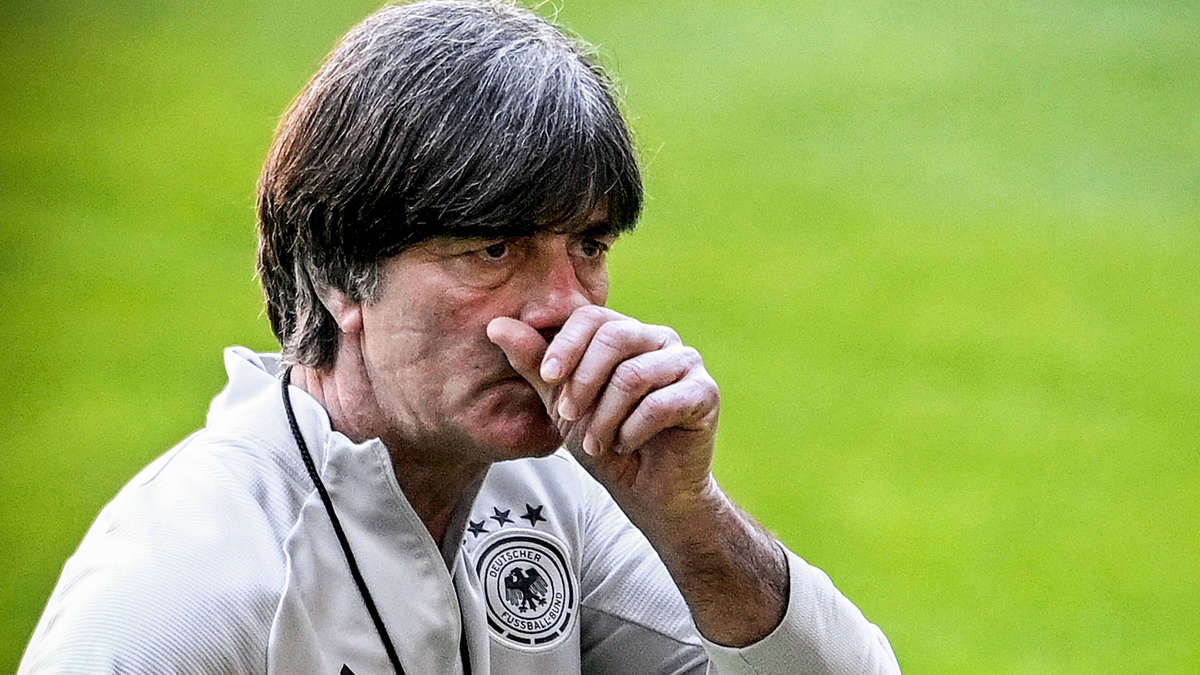 Will Goretzka be part of the European Championship against France? Löw decision made

DFB-PK in the live ticker: Has there already been contact with a successor, Jogi?