The Euro will be no exception to the rule and will be played more than ever under the sign of the political issues of the European continent. And gave rise to 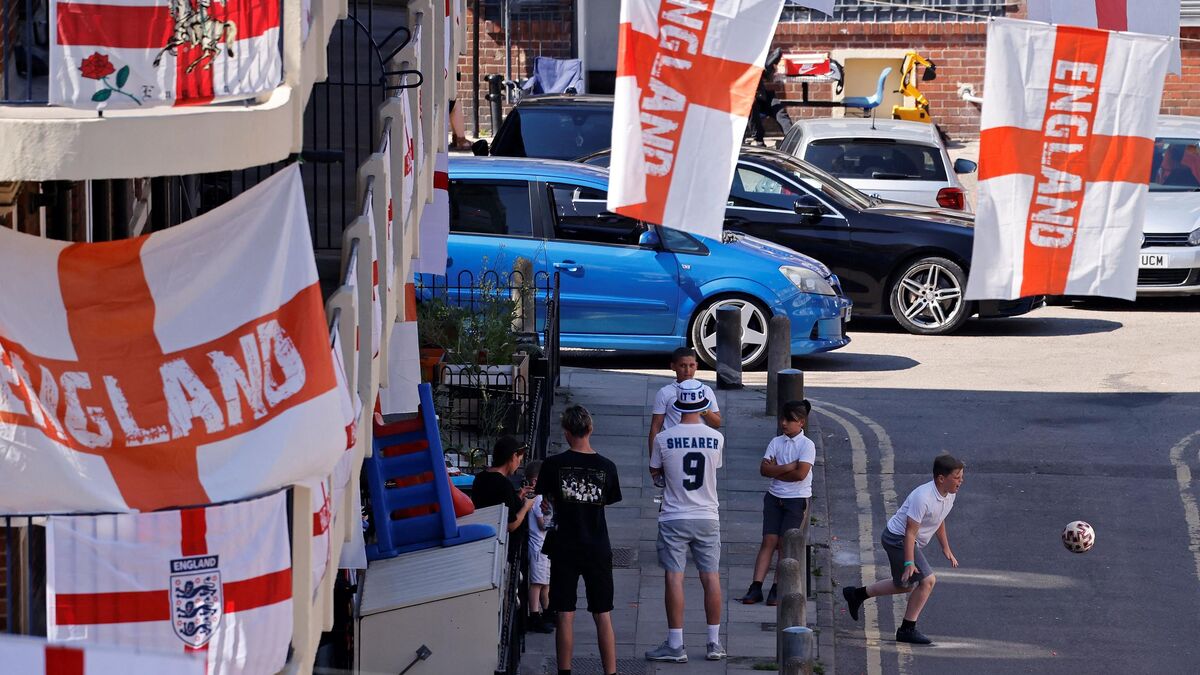 "Football is the ballet of the masses", exclaimed the Russian composer Dmitry Shostakovich one day.

And it is as such, from the point of view of some leaders, a powerful political instrument.

And this Euro 2021 will not derogate from the rule: the competition has not yet started as politics with a large pa already taken precedence over sporting issues, like the controversy at the start of the week on the jersey of Ukraine.

Overview of Euro hot spots on the footbalistico-political scene.

First incident: Ukrainian jerseys. Unveiled just before the start of the competition, they feature the map of Ukraine, Crimea included, which Moscow annexed in 2014, as well as eastern territories, controlled by pro-Russian separatists. This map corresponds to the borders officially recognized by the international community and represented an unexpected opportunity for Ukraine to put the spotlight on a conflict that has been somewhat forgotten in the media.

But UEFA, challenged by the Russian protests, imposed on Thursday a modification of the jersey, finally deeming "political" the mention "Glory to our heroes" denounced by Moscow. “After a more in-depth analysis”, this slogan chanted during the popular anti-Russian uprising in Maidan in 2014, is “clearly of a political nature” and “must therefore be withdrawn (...) in view of the UEFA competitive matches. », Declared the instance.

For the organizers, the presence of the two teams in the first round of the Euro augurs above all for a real potential headache.

"A possible quarter-final could take place in Saint-Petersburg between the two teams, UEFA will then be very annoyed, estimates Kévin Veyssière, author of" FC Geopolitics - 22 unusual stories to understand the world "which comes out this Thursday (Max Milo editions).

The organizers may have to organize the match on neutral ground, or in the worst case scenario, one of the two teams could refuse to face the other as it happened in 1960, for Spain who had refused to face the USSR during the very first Euro ”.

The Turkish formation, located in a fairly strong group with Italy and Switzerland, will also be in the spotlight.

Erdogan's regime has often used football for political ends and not just its national side.

“A confrontation in the final table between Turkey and France will necessarily be politicized in view of the tensions between the two countries.

There is a very strong relationship between the nation and its football team in this country, ”analyzes Kévin Veyssière, referring to the controversy over the military salvation of Turkish players during the recent France-Turkey at the Stade de France.

Clearly, Erdogan is using sport to show popular support for his policy.

“The creation of the Istanbul Basaksehir football team, Erdogan's club, is a good example of his football policy.

The Turkish leader wanted to lower the influence of the three big Istanbul clubs, Galatasaray, Besiktas, Fenerbahce for purposes of local politics.

Today all Turkish football supports Erdogan, from the federation to the big clubs.

For example, Burak Yilmaz, the Lille center forward, highlights his support for the president ”also recalls our analyst.

England-Scotland against a backdrop of Brexit

It is the oldest clash in the history of modern football. On November 30, 1872, in Glasgow, the first official meeting in the history of "nations" football took place between Scotland and England (0-0). Since then, the rivalry has never abated. And given the current context, the first round meeting between these two teams will be worth its weight in peanuts.

“The match will take place at Wembley, the British derby is a match that goes beyond football,” emphasizes Kevin Veyssière.

“In Scotland, during the Brexit vote, the people voted to stay in the EU.

A victory for Scotland in this meeting could go in the direction of the supporters of independence ”, explains the political scientist of football.

Nicola Sturgeon, the Scottish Prime Minister, has been calling for a new vote on independence for a few months now, and there is no doubt that a victory in the derby against the English “enemy” would serve her interests, she who does not is not at all insensitive to the colors of the athletes of his "country".

Sending my very best wishes, with thanks for making us all proud, to one of Scotland's best ever athletes - good luck @EilidhDoyle https://t.co/K0DJaXueUr

The case of Hungary

In the France group, the Magyars also have a political agenda.

Budapest, with its Puskas Arena, will be one of the only places to welcome 100% of the public.

An eminently political will.

“Viktor Orban will not hesitate to instrumentalize the competition.

He repeats that Hungary is at the forefront in the fight against Covid but has one of the worst death rates in the world, ”notes the journalist-writer.

"It is a way for Orban to remain the leader of the Eurosceptics" he adds again, underlining how the latter politically instrumentalizes the golden age of Hungarian football in a kind of football nationalism.

“There will be statements from him around the Hungary-France and Hungary-Germany matches.

And he will not hesitate to instrumentalize the local supporters for nationalist demonstrations ”, even advances the author of the tweet account FC Geopolitics.

Diplomacy through sport… The autocratic regime of Ilham Aliyev wants to show him that his country is a modern nation.

The recent war in Nagorno-Karabakh against Armenia does not change the situation, quite the contrary.

The country already hosts major sporting events such as the F1 Grand Prix to enhance its territory.

"This is the whole stake of this Euro, capitalizing on this policy of soft power, seducing the international community and showing that it is not just a country associated with the exploitation of gas but a possible tourist destination", decrypts our specialist.

There are also great stories in the geopolitics of football. This is the case of Petit Poucet of the competition, North Macedonia. This will be the first participation in a final phase of this country, from the former Yugoslavia, which has only had this name since 2018 and the Prespa agreements signed with neighboring Greece. The country has been seeking to integrate the European Union for a long time already. "The selection is the symbol of national unity, especially with the presence of many young players from the country's Albanian minority", book Kévin Veyssière. This presence at the Euro is therefore an unexpected showcase. The most famous player of the Macedonian selection Goran Pandev thus summed up the qualification for the competition in one sentence: "The dream has come true for an entire nation". 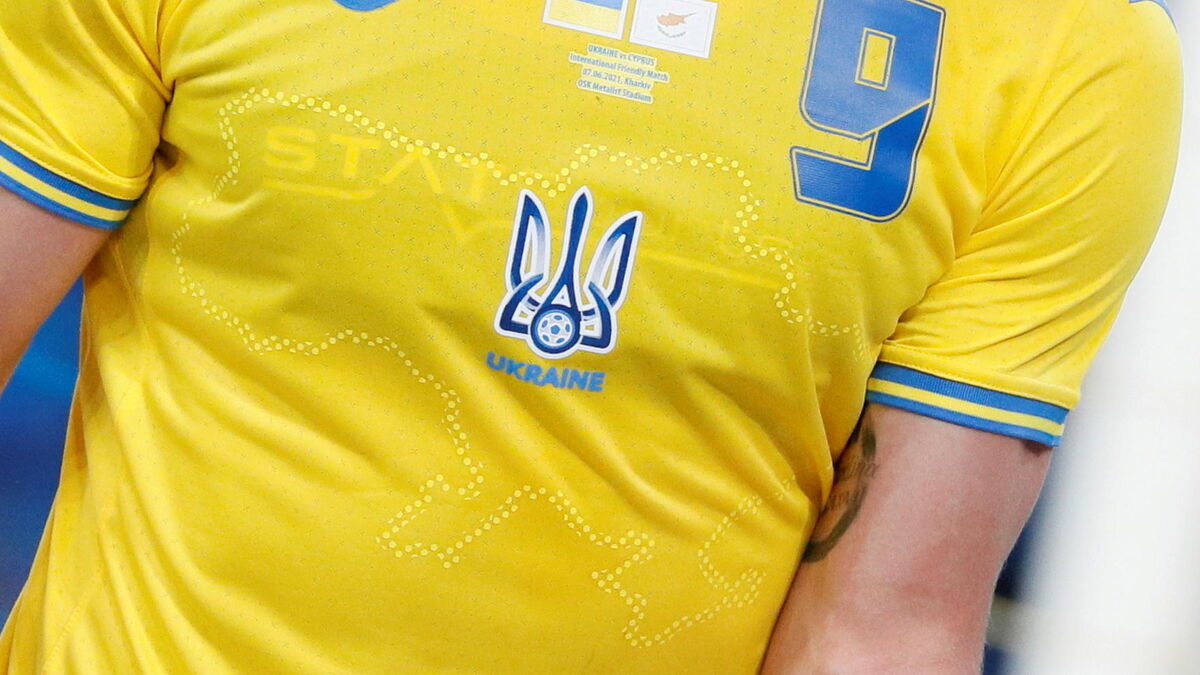 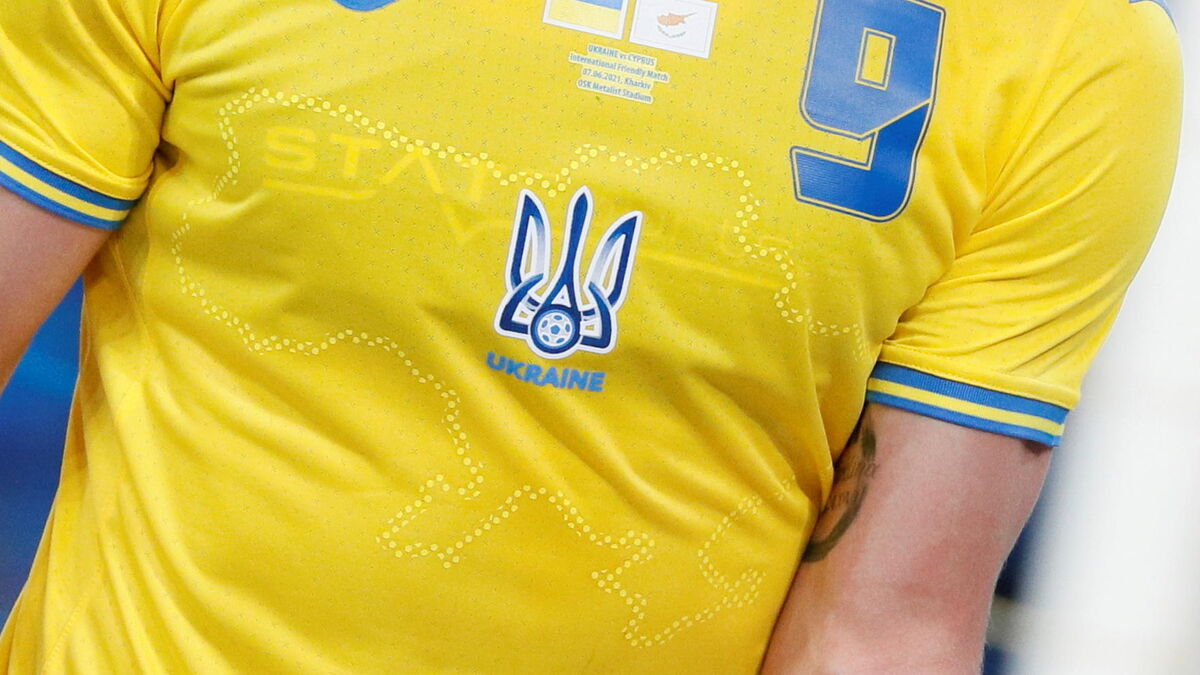 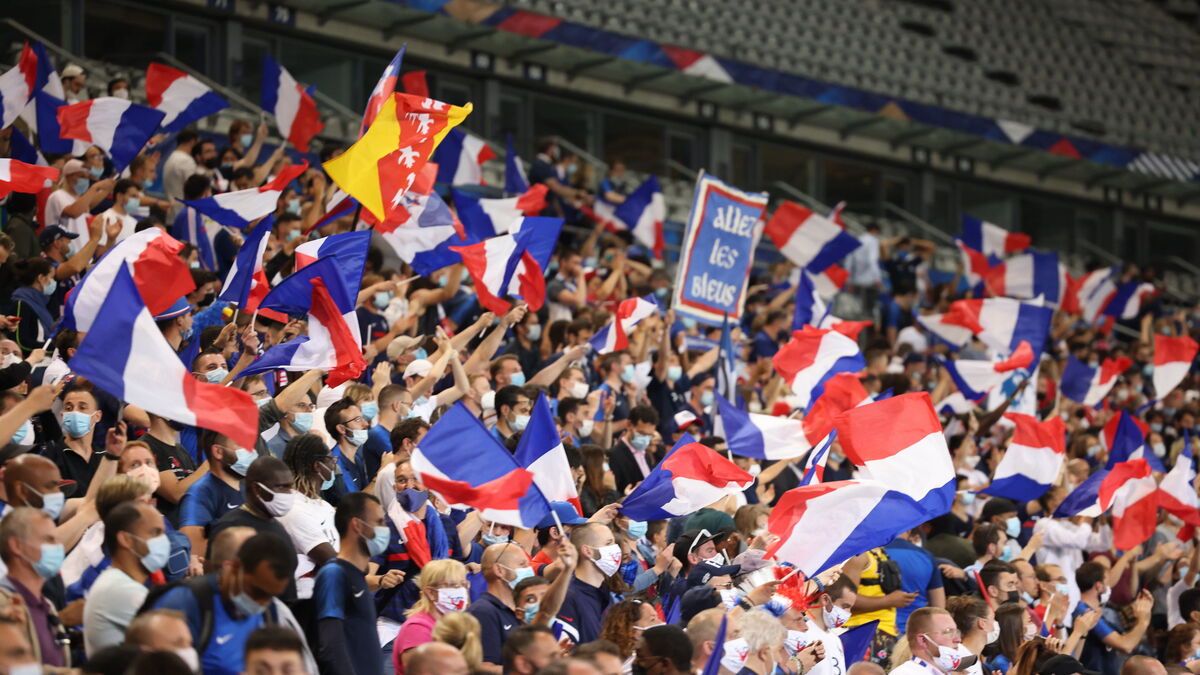 Euro 2021 shunned by the French? With the Covid, "football has somewhat disappeared from the radar", according to a sociologist 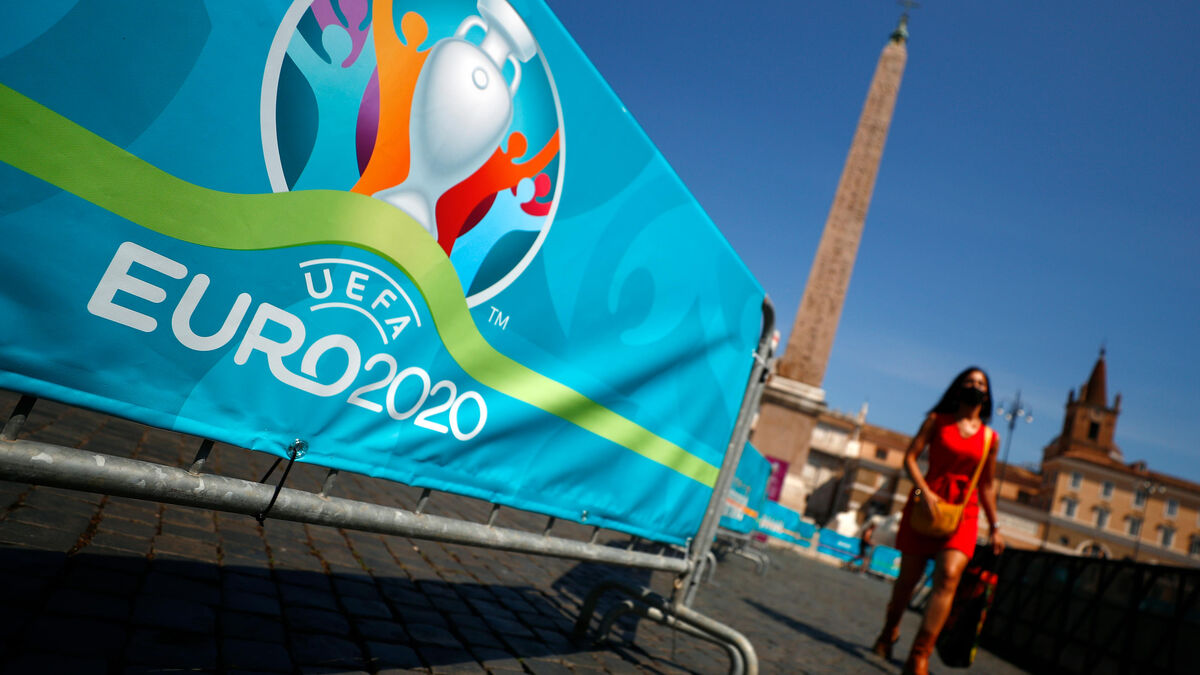 "An important sign of rebirth": this Euro 2021 that the whole continent is waiting for 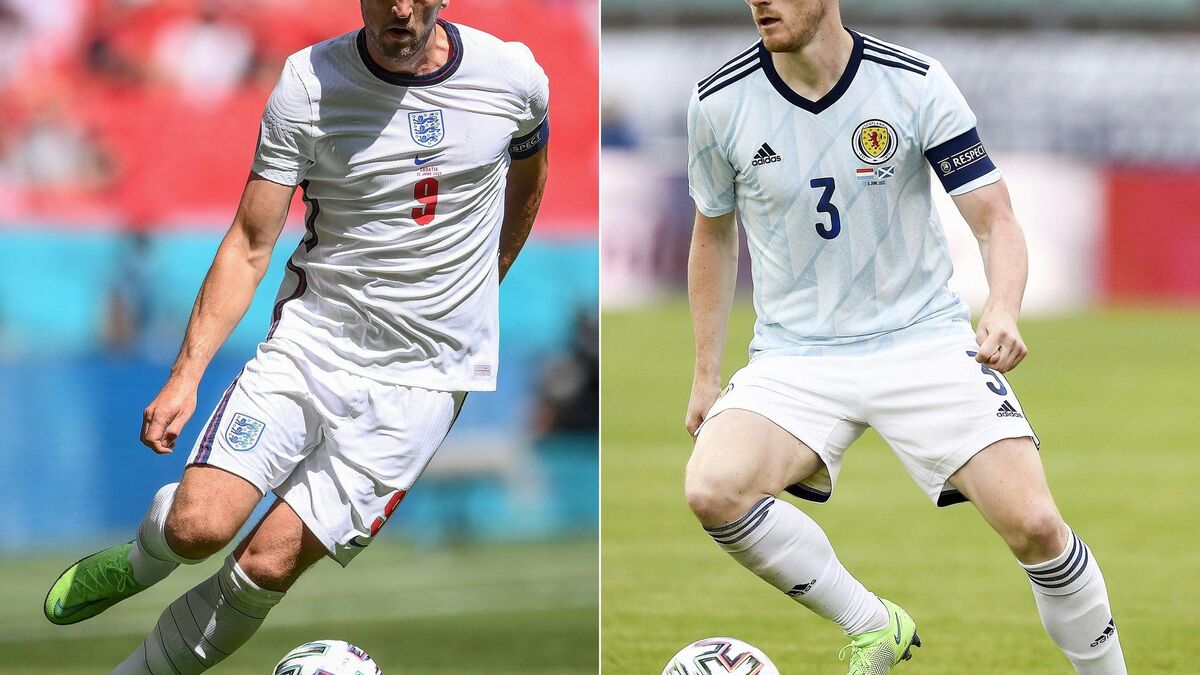 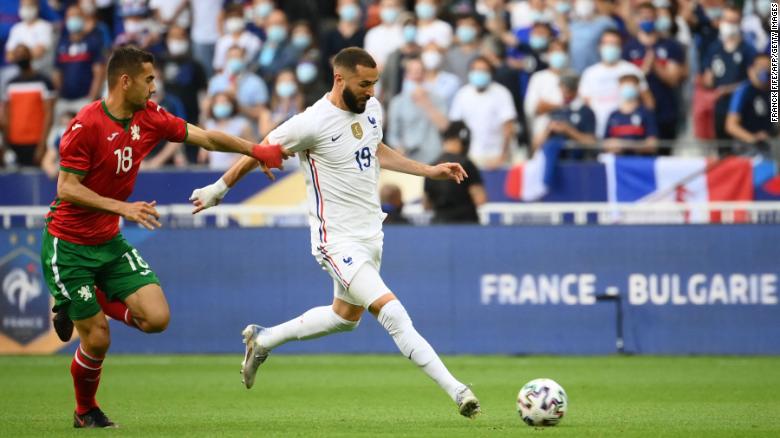