In his three years at the head of the national team, the Albiceleste coach has called up 77 players and made 36 players debut 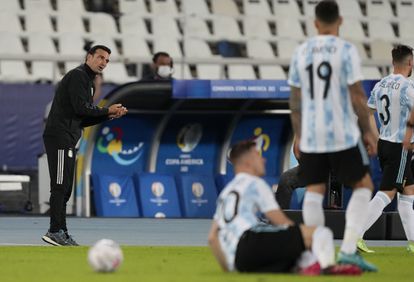 Lionel Scaloni gives instructions during the match between Argentina and Chile.Ricardo Mazalan / AP

“We are a bit lost. Finish a training session and you think you are going to start and, the next day, you are afraid of being left out of the list ”, one of the Argentine national team footballers complained privately about the repeated changes of Lionel Scaloni in the concentration of the Ezeiza Estate. Days later, Juan Foyth, starter in the duel against Chile (81 minutes), present in the match against Colombia (25), both from the South American qualifiers, was left out of the Copa América. "We had talks with each of them and explained the reasons," explained Scaloni. The problem was that the Villarreal defender felt signaled after failing in an exit of the ball that ended in the tie for Colombia. "We have to be able to admit certain mistakes, Foyth is the future of the national team",the Argentine coach had asked in 2019. But where I said I say, I say Diego. “Look what happened to Foyth. Except for Messi, Lautaro, De Paul and Paredes, it is difficult for the rest of us to find our place ”, insist the same sources.

Foyth was the example of Scaloni's ups and downs in the Copa América preview; Paredes, in the premiere against Chile. The PSG midfielder, the player he used the most in his journey in Argentina (26 games), was replaced in the second half against La Roja. After Vargas 'equalizing goal, at the moment when the Albiceleste most needed Paredes' break, Scaloni opted for inside Exequiel Palacios to replace the Paris pivot. "We lacked tranquility, having control of the ball and playing faster," analyzed Messi. Scaloni, on the other hand, was less self-critical. “There were two specific plays in which the team was not well. They got the penalty and nothing else, "he said. And he repeated the same explanation (excuse), which he had already used after Argentina's failed debut in the 2019 Copa América. “It's unfortunate.We found a field where after ten minutes you could no longer play football. It is more for another sport ”, he explained after his premiere in 2021.

The 2019 Copa América was the litmus test for Scaloni. No one had ever taken his first step as a coach in the Argentine national team. He jumped from being Jorge Sampaoli's assistant in Russia 2018 to keeping the key to the Ezeiza property. They were turbulent times, nobody wanted to take charge of the selection. Messi's generation had already passed 30 years and the new litter did not arouse illusion. Pablo Simeone and Mauricio Pochettino did not want to know anything about crossing the pond. Marcelo Gallardo, multi-champion coach with River, was very comfortable at the Monumental. Argentina finished third in Brazil 2019 and Scaloni went from acting to stay with Argentina's bench. He had, in any case, all the support he needed; protected by those who rule in Ezeiza.

"Scaloni is the best thing that could happen to the national team," said the president of the AFA, Claudio Tapia. The manager, Cesar Luis Menotti, more of the same: I asked Tapia to leave it to Scaloni ”. And Lionel Messi, usually oblivious to political gestures, winked at him. "It gives us a lot of peace of mind that Scaloni is still with us," said the captain. The problem is that the technician is still looking for the formula. And, when it seemed that the Albiceleste aspired to stop depending exclusively on the inspiration of Messi, against Chile only through the left foot of 10 the tie is justified.

Scaloni never repeated a lineup in his 28 games.

In his three years, he has called up 77 players and made 36 players debut.

"We got a base, a group of players who began to know each other three years ago," says Scaloni.

He changed the central duo again, for the third time in three games, and shook the team so much after Chile's goal that it confused its players.

Argentina is still looking for Argentina in Brazil, with a year and a half to go before the World Cup in Qatar, the last, surely, for Messi, who will turn 34 on June 24. 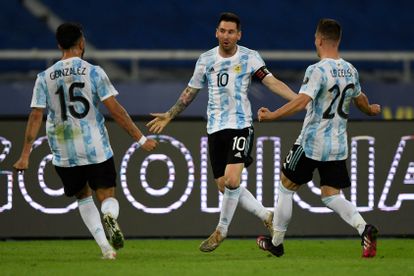 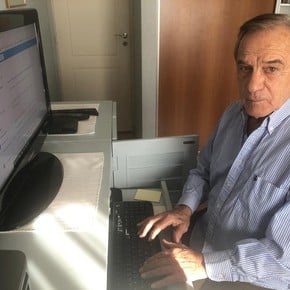 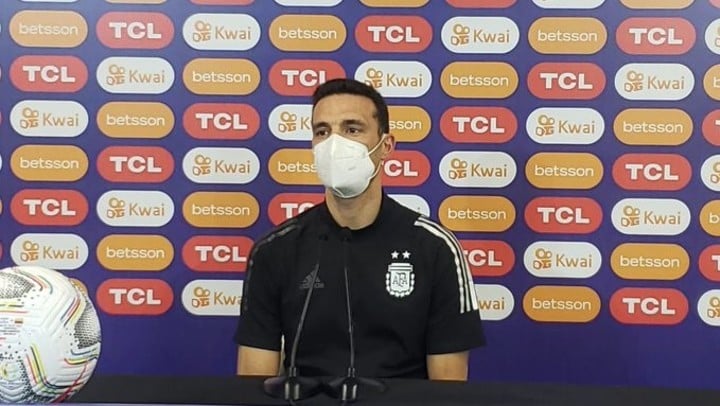 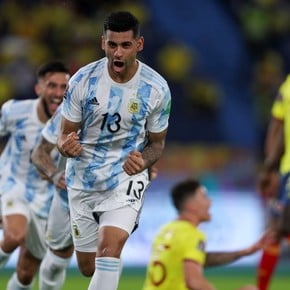 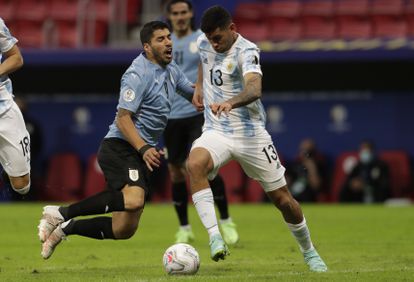