Kevin Durant's 49 points helped the Brooklyn Nets win 114-108 over the Milwaukee Bucks on Tuesday and regain the 3-2 lead in the semifinals of the NBA Eastern Conference.

Kevin Durant, who played the entire fifth game of the series in the best of seven games, also took 17 rebounds and delivered 10

in a masterful performance.

The 32-year-old became the first in playoff history to register at least 45 points while taking at least 15 rebounds and delivering 10 assists.

The winger's awakening was essential in the second part of the game, when the Nets were still behind by 17 points in the middle of the third quarter.

The New York players handed Milwaukee a 17-5, before Durant sealed the game with a three-point basket and four free throws in the final two minutes. “

I didn't have to play every minute but I told my coach I was feeling good and he let me play,

” said Durant, who nearly equaled his points record for a play-off game. (50 in 2019 with Golden State), but beat that of his franchise (43 points from Vince Carter 15 years ago).

He played the whole game and missed almost nothing.

It's crazy what he is capable of achieving.

To do it in a night like that, despite the absences and the injuries… It's the kind of performance that makes him one of the very best of all time,

”praised his trainer Steve Nash, while Brooklyn was notably deprived of another of its stars, Kyrie Irving, hit in an ankle and uncertain for the rest of the series.

is the best player in the world right now

We have to beat him by playing as a team.

We must continue to work and hope that he ends up missing,

The Nets now have two chances to win the series, the first on Thursday at the Milwaukee field, where they have lost both matches in the series played so far.

Game 7, if necessary, will take place in New York on Saturday.

In addition to Durant, the Nets have been able to count on the return of another of their superstars, James Harden, absent since the first game of this conference semi-final. But the rear failed to regain precision, and only scored five points in ten attempts. The Nets were however able to count on Jeff Green, 27 points, as well as on Blake Griffin, 17 points. 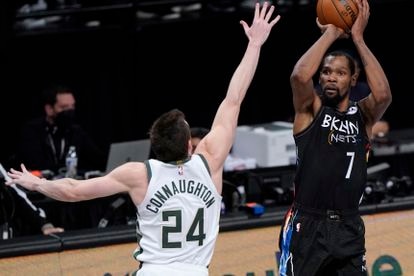 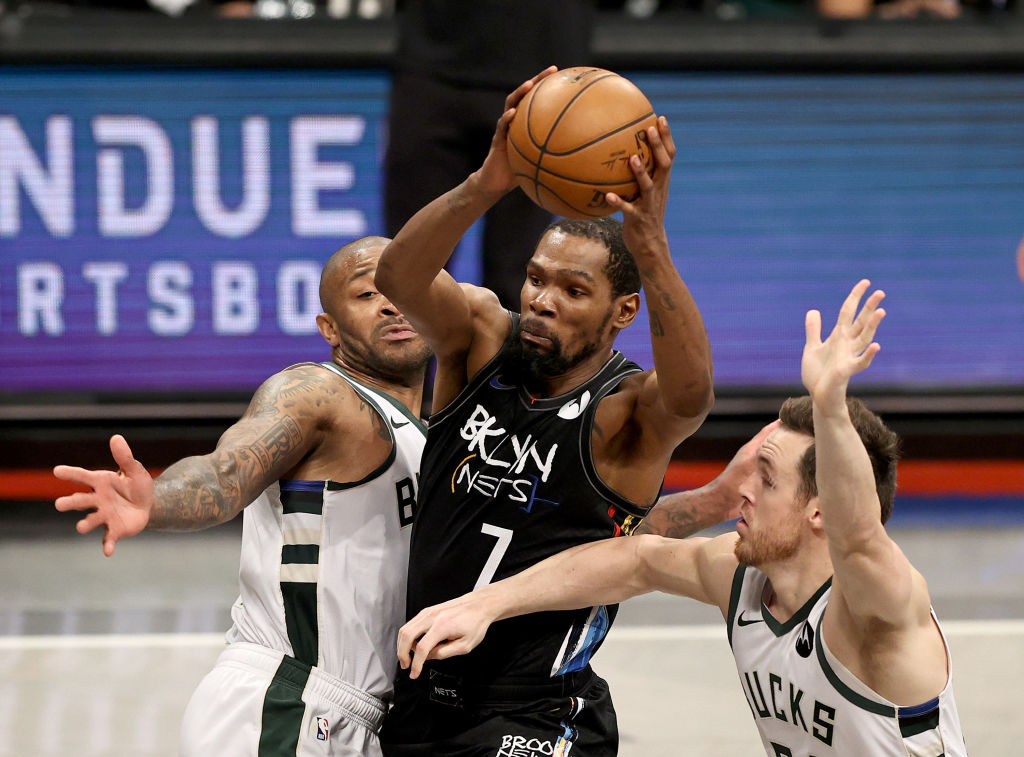 Kevin Durant and a historic performance in the win against Milwaukee 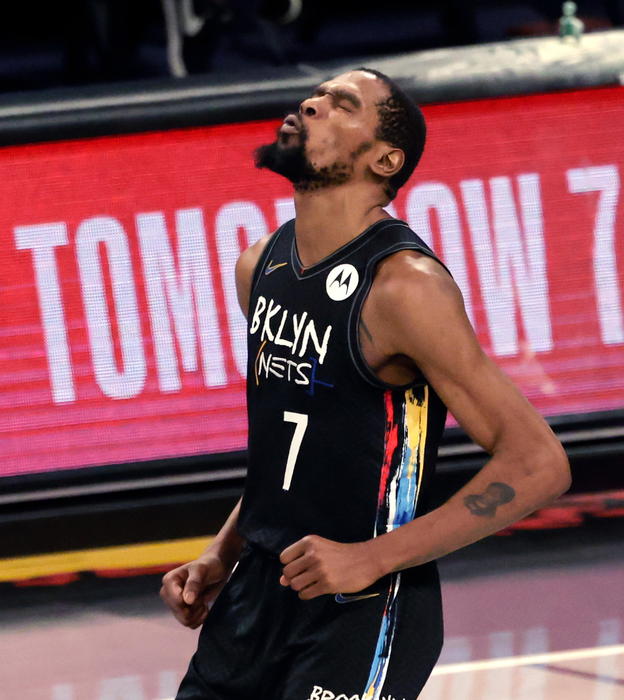 Super-Durant leads the Nets 3-2 in the NBA playoffs Durant, back, explosive with the Nets against Phoenix