Nick Jäger faster than ever: "It's a great feeling"

That was strong: Nick Jäger cracked the norm for the U23 European Championship in the 3,000 meter obstacle course in Oordegem, Belgium - and with a huge improvement. Now it is also clear that the EM can actually take place. That was strong: Nick Jäger cracked the norm for the U23 European Championship in the 3,000 meter obstacle course in Oordegem, Belgium - and with a huge improvement.

Now it is also clear that the EM can actually take place.

Penzberg - That would just have been missing: Nick Jäger (22) undercuts the norm for the U23 European Championship in the 3,000-meter obstacle course in Oordegem, Belgium - and then there are no title fights at all.

Originally, the competitions for the juniors should have taken place in Bergen (Norway) at the beginning of July.

But due to the strict quarantine regulations for entry into the Scandinavian country, the athletics association there had to cancel the event.

The news "was a bit of a damper," says the TSV Penzberg athlete.

Only a few days later, the all-clear: Estonia agreed to host the athletics event.

With his time of 8: 39.82 minutes, which Jäger ran at the meeting in Belgium, he slipped into the group of U23 athletes who are eligible for a medal in Estonia.

In the current European U23 best list over the 3000 meter obstacle, the Penzberger is in seventh place.

The distance to those placed in front of him is only small.

Number two, the Spaniard Alejandro Quijada, has a time of 8: 37.02 minutes.

He ran the time together with Jäger in Oordegem.

Conditions in Oordegem were perfect for hunters and tailors

The conditions there “were perfect”, reports Nick Jäger in a video from his Erlangen training group called “Running Gags”. In the evening when the obstacle course was due, the temperatures were pleasant and there was no wind. On top of that, the field of participants was very strong and a fast race was guaranteed. As a reminder: At the “Long Running Night” in Karlsruhe, Jäger, in third place with a personal best of 8: 48.38 minutes, missed the European Championship norm by 38 hundredths. In Belgium it was clear that he couldn't be at the very front, but that didn't matter. In the wake of the top people, he and Schneider wanted to secure the EM ticket.

Before driving to the stadium, Jäger had to survive a few anxious moments, because a negative PCR test was mandatory for the meeting. In the morning of the competition day the result was not there, but Jäger was finally given the "okay". During the race, the field (17 athletes in total) quickly spread apart. Jäger and Schneider ran in the middle as a duo - at a distance from the runners in front and behind. “It wasn't too bad to get a good grip on the obstacles,” reported Jäger. They completed the first kilometer after 2:53 minutes. After 2000 meters the clock stood at 5:45 minutes. At this point, Jäger was optimistic that the norm could work. Physically, the Penzberger was fully up to scratch, even on the last lap "I didn't feel tired". That he could not distance Schneider in the finish,was also due to the fact that he had "not caught the moat so well". Right behind his German colleague, he finally came in eleventh.

When Jäger had crossed the finish line, the "8:40" was lit up on the large digital clock at the edge of the track.

With that he knew that he had grabbed the norm and improved his personal best by a good nine seconds.

Improving his previous record “is a giant step.

In view of the established standard, Jäger subsequently decided not to take part in the Athletics DM in Braunschweig. A race there would have been “too much”. The focus is now on the German U23 championship (June 26/27 in Koblenz) and of course on the U23 European Championship. In Tallinn, a track and field athlete from the district already took a podium place: At the U20 European Championships in 2011, sprinter Johannes Trefz (Weilheim) won the bronze medal with the 4 x 400 meter relay. Nick Jäger faster than ever: "It's a great feeling" High tension in the run-up: Nick Jäger fights his way to the European Championship finals 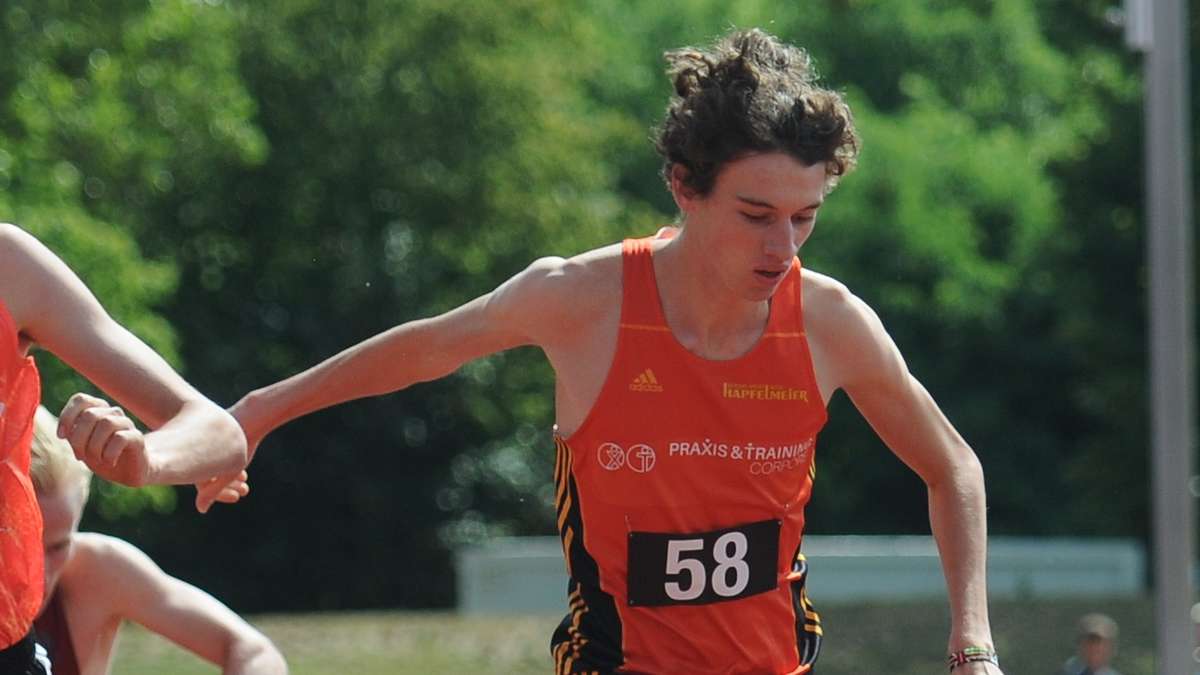 Nick Jäger: A tough duel for gold in the German U23 championship Nick Jäger and the hunt for the EM standard: "I know that I can do it"