Jorginho, the medium that learned to play with his mother

The Italian-Brazilian, who received the teachings of his mother, symbolizes the new air of the 'Nazionale' driven by his great final of the year at Chelsea Jorginho has appeared at the European Championship so high on the wave of Chelsea's great success in the Champions League that, once he has put on the Italy shirt, he continues to think in

"This selection looks like Chelsea, wanting to show its value," he said two days ago.

"Barella looks like Kanté," he added, comparing the Inter footballer with his French teammate in the center of the Stamford Bridge field, with whom he has raised his

squeezing rivals and coaches of all kinds, the same Simeone, Zidane and Guardiola.

Now it is the

who want to ride the wave of this 29-year-old Italian-Brazilian who comes from dominating Europe with that Chelsea resurrected by Thomas Tuchel.

His first step in this European Championship left his mark (3-0 against Turkey), pure air for an Italy that had long smelled of a closed room.

Last Friday's premiere in Rome put Roberto Mancini's team back in the center of the stage, at least as an option to consider.

At the moment, he has 28 games undefeated and nine victories in a row, all of them without conceding a goal.

This Wednesday he will try to continue the streak against Switzerland (21.00, Telecinco).

With the exception of the two old chieftains behind (Bonucci and Chiellini), Italy gives off a new scent. They are not all pipiolos, but they do offer something new. In this attempt at resurgence, the main protagonist is Jorginho, who was nationalized by the Italian ancestry of his paternal great-great-grandfather, debuted with Antonio Conte in 2016 and it was not until around thirty when he acquired a notable weight in the national team. In the heat of the London glow, even more so.

His father was a goalkeeper, but he is the football son of his mother, an

"She was the talented one," he confessed.

Together they practiced as a child in the garden, on the beach and in a room without pictures or television so that nothing could break.

It was not just fun, but learning and correction.

"I would hit the ball and my mother would tell me: 'No, control it like that.'

She was tough when she made mistakes, ”she recalls.

That happened in his locality, Imbutiba, a surfing place in the south of the country, until at the age of 13 he finally flew from the nest and went to an academy 200 kilometers away.

However, things were not very easy for him.

“We ate the same thing three times a day and showered with cold water in winter.

That forced me to learn a lot about life, "he said in a statement collected by the official Chelsea program.

Two years later he was offered to go to Italy, to the Verona school, and the experience was not as pleasant as he had imagined.

At 17, he called his parents from the Verona academy to tell them that he was leaving and returning to Brazil

“There were six of us in the room, although the boys kept changing, and they paid us 20 euros a week for our expenses. I will never forget what he did with that money. He put five on his cell phone to send messages. Another six, for a card that scratched a password and gave you an hour of calls to Brazil. Two or three for little things, like shampoo or deodorant. And I tried to save four or five to chat on the weekend with my friends.

Until, at the age of 17, the loneliness and distance from the family refuge got choked on her and she called her parents to tell them that she was leaving, that she was going back to them. "Do not do it, you are very close to realizing your dream," he said that they responded. A moment where it hit bottom and served as a lever. Shortly after he was promoted to Hellas Verona, in 2013 he was signed by Naples, there he progressed with Rafa Benítez and Mauricio Sarri, who later took him to Chelsea in 2018 for 57 million.

This season, at the gates of winter, things had gone wrong again with Frank Lampard, who did not hesitate to release a volley when he was dismissed. “As he was a club legend, he skipped a few steps to coach a great one. I was not prepared for a job of that level, "he said. Luckily for him, Tuchel arrived in January and his life changed. In alliance with Kanté, he put together a midfield that performed like a tunnel boring machine: he subdued Atlético in the second round of the Champions League, then ate Madrid's core and dispatched City in the final.

Now, in Italy and orphan of his French colleague, he has thought of the young interista Nicolo Barella, 24, to replicate that tandem.

“They both have strength and run for everyone.

They help me a lot by recovering balls.

I think they are two very similar midfielders, "he said last Sunday.

And Marco Verratti still needs to return in that area from an injury.

is not lacking in arguments,

which threatens Immobile and Insigne above. 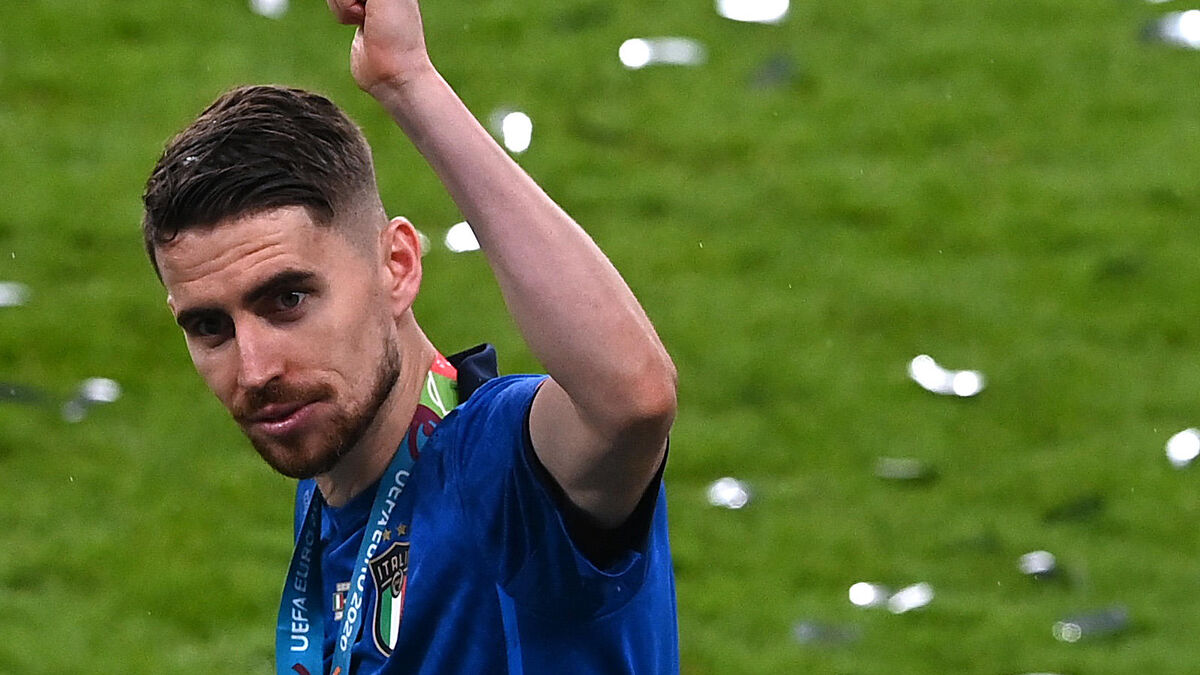 Golden ball: "It depends on the criteria", according to Jorginho

Italy by land, sea and air 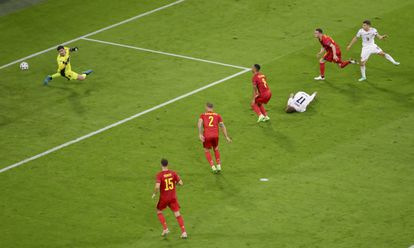 Nicolo Barella, the Sardinian pride of the Azzurra 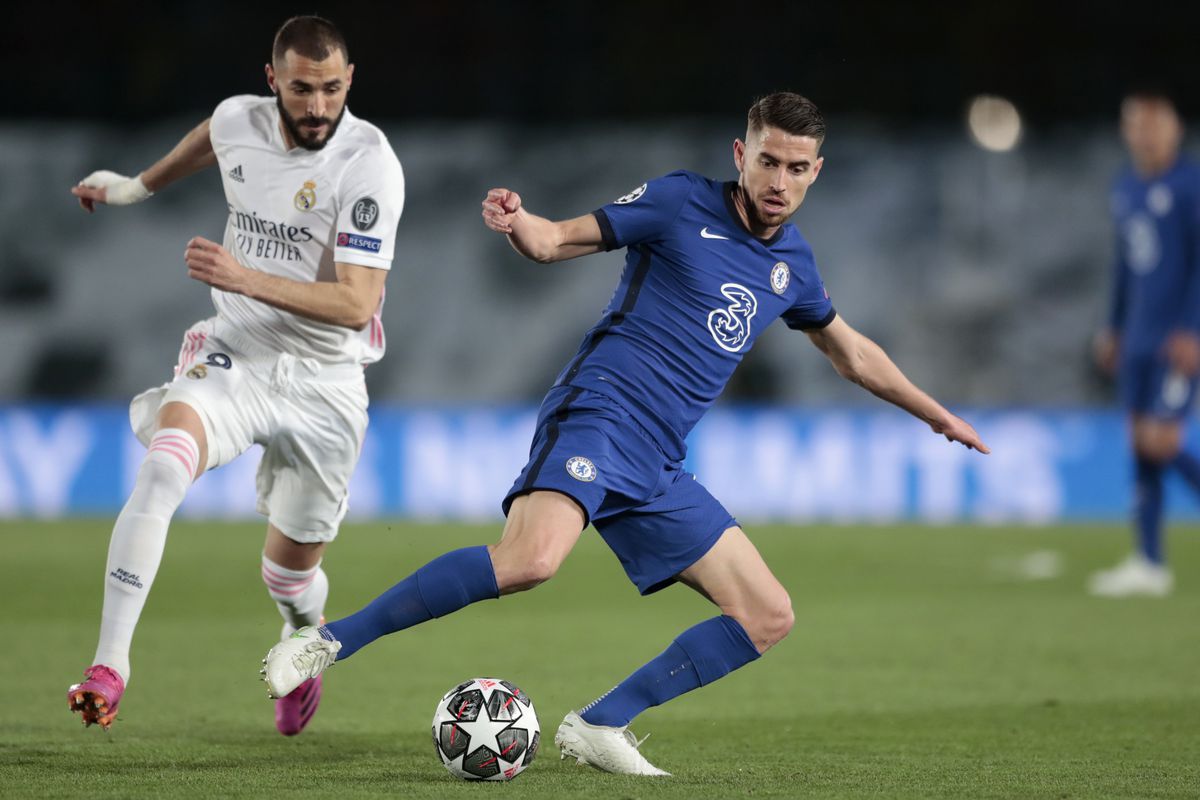 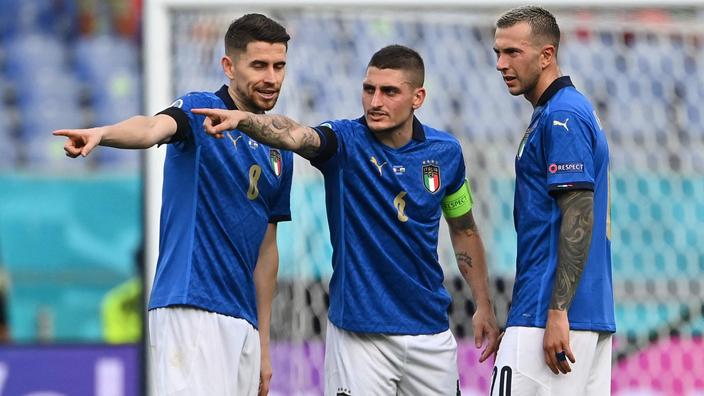 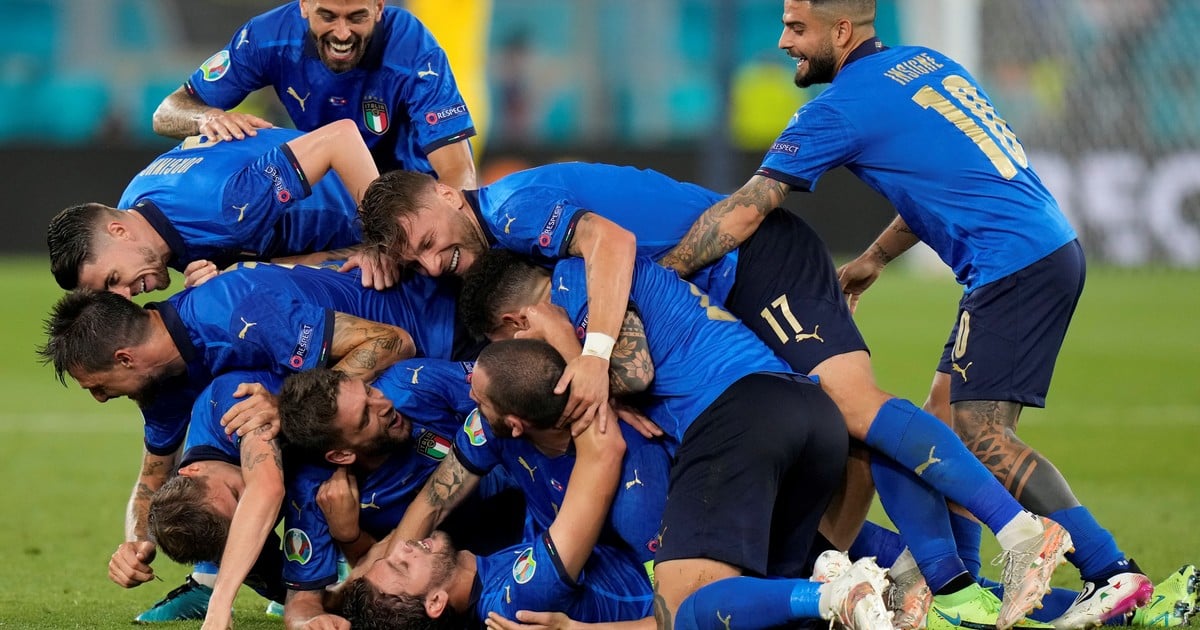