Will Wembley lose the European Championship finals? As the delta variant is spreading more and more in England, UEFA's plans may get mixed up.

As the delta variant is spreading more and more in England, UEFA's plans may get mixed up.

London - Will the football temple Wembley lose the finals of the European Championship?

This scenario is currently becoming more and more realistic, because the delta variant of the corona virus is spreading in England and there are strict corona rules on the island.

reported on Friday, UEFA could postpone the crucial games of the European Football Championship *.

The Hungarian capital Budapest would be an alternative.

"There is always an emergency plan, but we are confident that the last week will take place in London," said UEFA.

Two round of 16 matches will take place in the English capital on June 26th and 29th, and both EM * semifinals (July 6th and 7th) and the final (July 11th) will be played in Wembley Stadium.

UEFA is reportedly trying to get exemptions so that players, officials and VIP guests can enter and leave the country without any problems.

Currently, depending on their origin, travelers have to undergo quarantine and PCR tests for ten days.

With a negative test result on the fifth day after entry, you can leave the quarantine.

“At the moment we are in talks with the local authorities to try to enable the fans of the participating teams to attend the games.

A strict test and bubble concept is used, ”said the UEFA statement.

The association added that it understood "the pressure that the government is under" and that it hoped "that we can bring our talks to a satisfactory conclusion on this matter."

EURO 2021: Budapest as a substitute candidate?

reports that if talks fail, UEFA is considering moving the games to Budapest.

There are currently almost no restrictions in Hungary.

However, Budapest as a venue would not have a good public image.

During the week there were more than 55,000 spectators at Hungary's European Championship opener against Portugal - without a gap, without a mask.

This caused head shaking and alienation across Europe.

"A bad signal," said ex-Bayern President Uli Hoeneß as an expert at

Even before the game, 25,000 fans had gathered in the city and disregarded all hygiene measures.

"These pictures show exactly what the EM should avoid," wrote the 58-year-old on Twitter: "While half of Europe and 95 percent of the poorer world have not yet been vaccinated, one behaves as if the pandemic is over."

The questionable scenes have also been registered and followed at UEFA.

An official statement of a possible relocation is still pending.

However, the past shows that in case of doubt, UEFA resolutely takes action and changes its schedule *.

The best example: The Champions League final should have taken place in Istanbul - but it was moved to Porto in mid-May, just under two weeks before the date.

Although the corona numbers are increasing enormously in England - more than 11,000 cases were registered on Thursday alone - more fans should be allowed to enter the stadium * as the tournament progresses.

On Friday evening at England against Scotland 22,500 spectators are admitted.

The association said: "UEFA is delighted that the capacity at Wembley for the knockout round matches will increase to at least 50 percent."

How many will actually take place there remains to be seen. 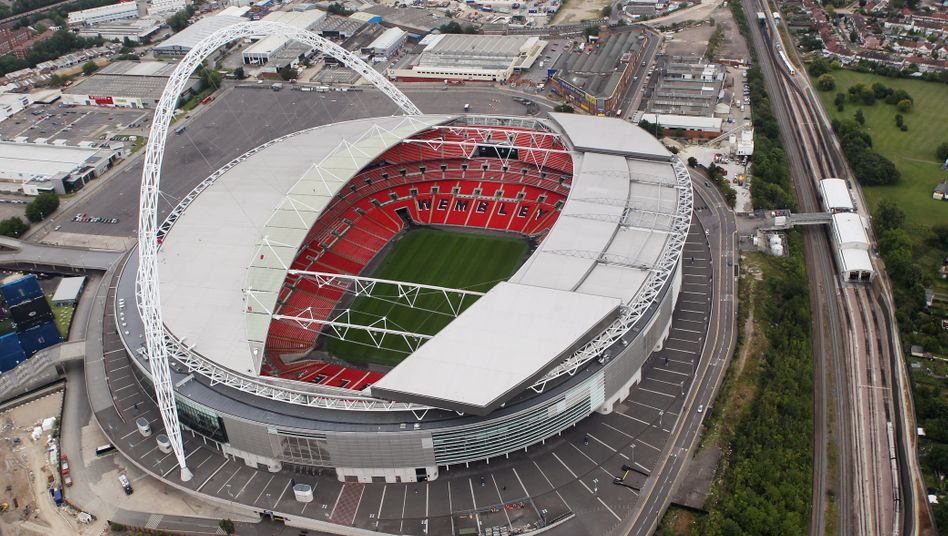 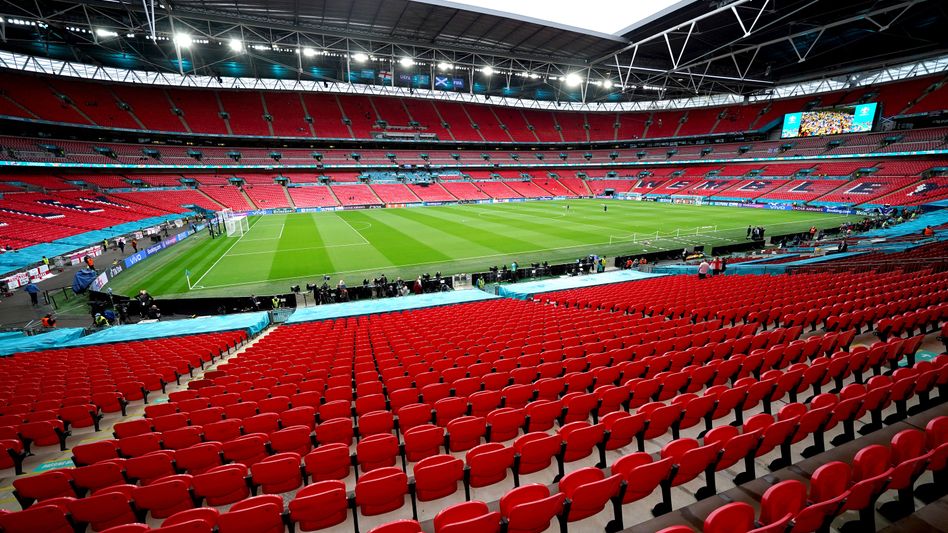 Karl Lauterbach demands 18,000 instead of 45,000 spectators at the Germany game 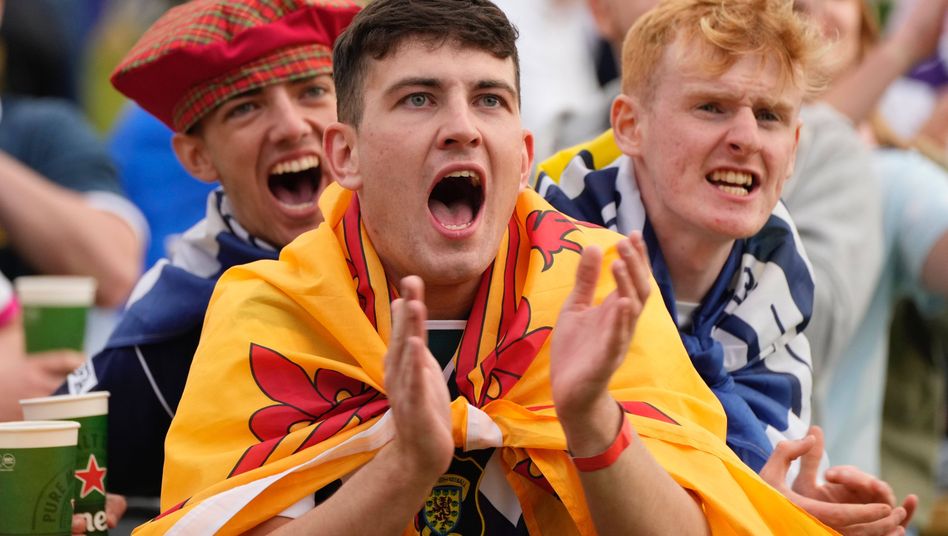 After the EM final round with more than 60,000 spectators: English authorities report thousands of corona infections 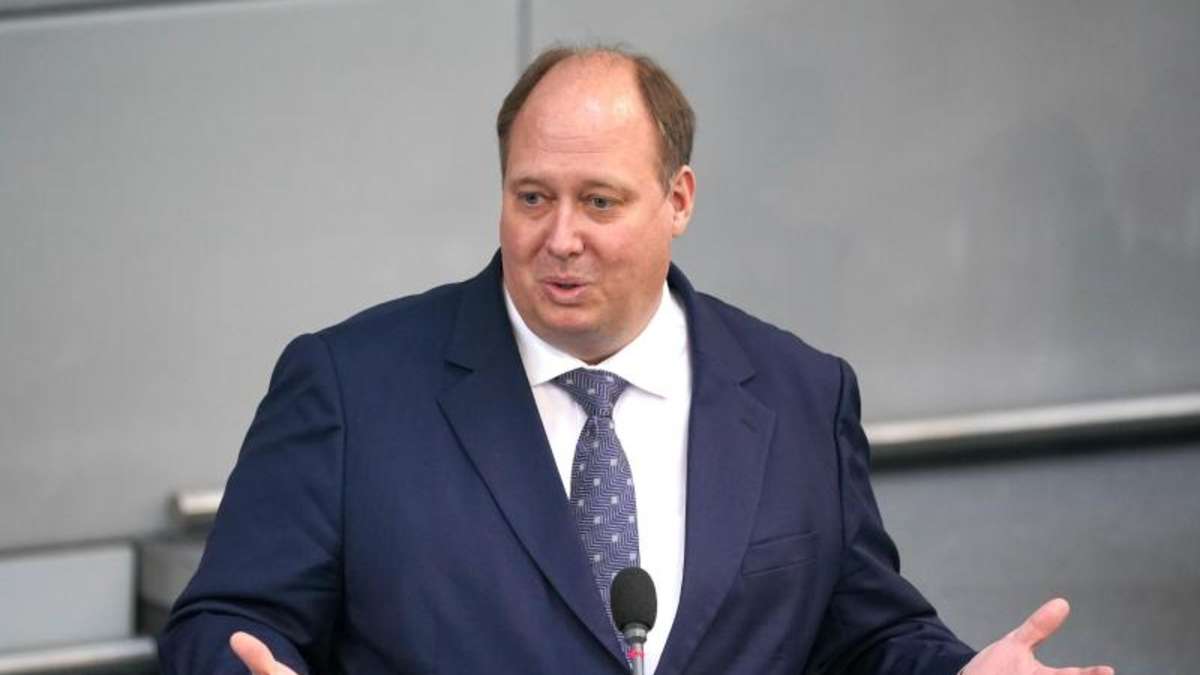