It belongs in sport: the national anthem. In the case of England it is very special - it will of course also be used in the 2021 European Championship.

It belongs in sport: the national anthem.

In the case of England it is very special - it will of course also be used in the 2021 European Championship.

London - These are often the first goosebumps moments at a football game: the national anthems of the respective countries.

Especially now, when fans are again allowed in the stadium for the 2021 European Championship, there is often a very special atmosphere.

And in some nations even more, because the respective anthem has such a one-day melody.

This definitely includes the English one.

Whereby “English” is not correct in this case.

Of course England's national team is on the field, but: The anthem "God Save the Queen" is the song of the United Kingdom of Great Britain and Northern Ireland.

And further: It is also one of the two national anthems of New Zealand and the royal anthem of all Commonwealth Realms.

That means: The following text is sung in various places around the world when it comes to solemn occasions:

God save our gracious Queen,

God save the Queen!

Long to reign over us;

God save the Queen!

God save the queen!

Let her be victorious,

happy and glorious, so

that she may rule over us for a long time!

God Save the Queen!

Of course, the national anthem is even longer, but in the vast majority of cases only one stanza of the text is sung - in all countries, at all events.

The text and melody are said to have come from the pen of the English poet and composer Henry Carey, but doubts quickly arose.

The work has been a national anthem since around 1800.

“God Save the Queen” has a total of six stanzas, but the last three of them are usually no longer sung these days.

It is noticeable that the English goose bumps moments at soccer tournaments are usually over very quickly, because the verse is relatively short.

And another special feature: the anthem is constantly being changed!

Of course, the monarch Queen Elizabeth II is currently being sung about - and has been for almost 70 years.

Before the start of her record tenure, the anthem was still called "God Save the King".

Back then, of course, it was about her father and King George VI, so titles and stanzas always correspond to the gender of the current queen or current king. 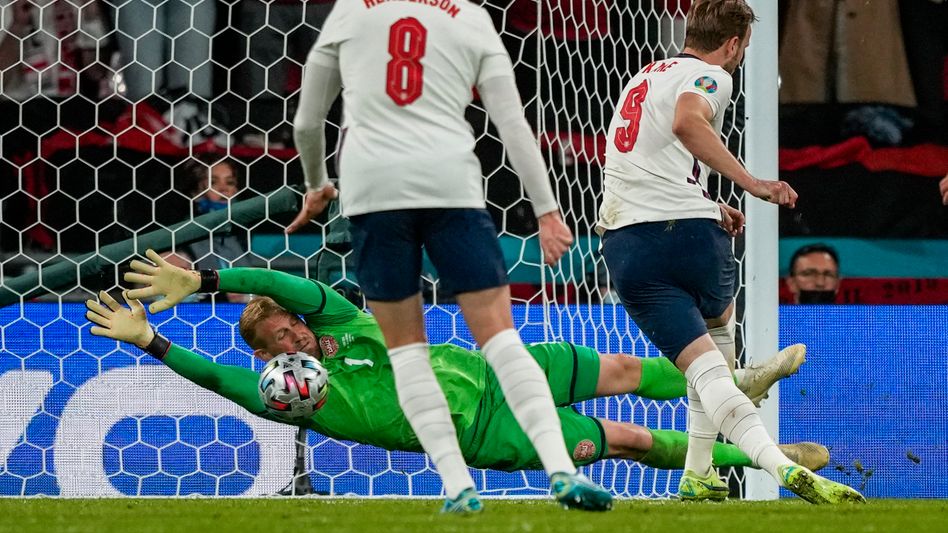 Laser pointers and whistles at the Danish national anthem: Uefa imposes a fine on England 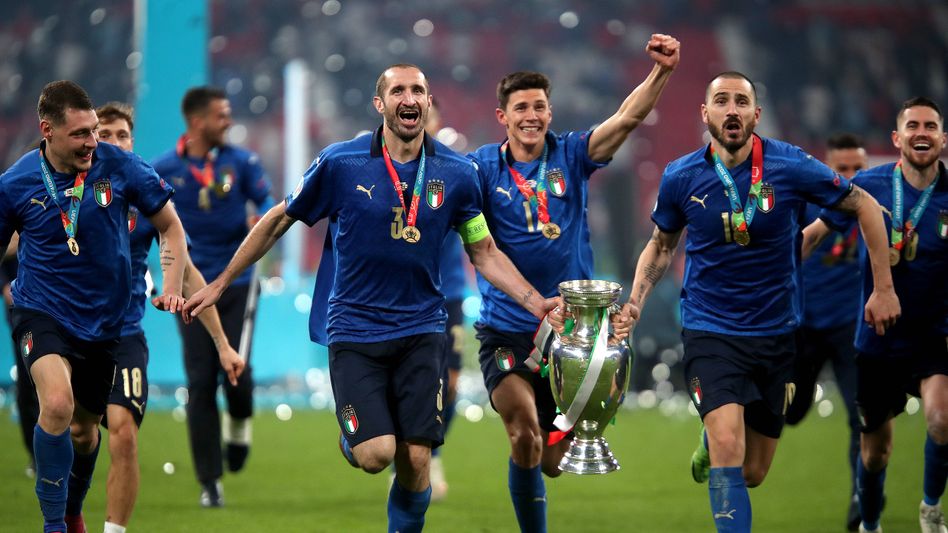 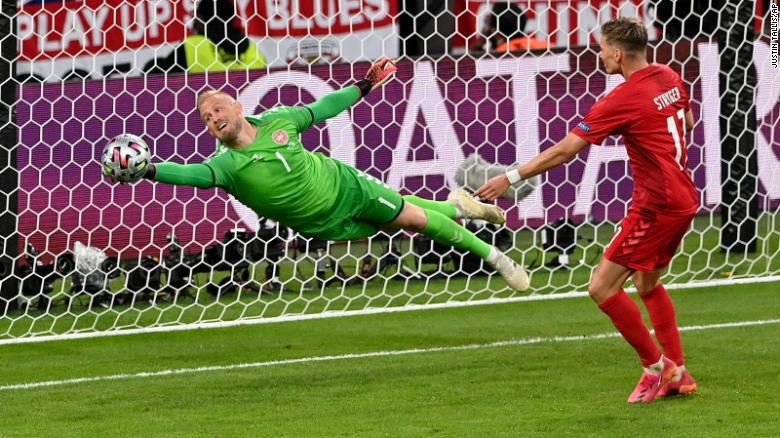 Scandalous penalty against Denmark: This is how UEFA punishes England before the European Championship final 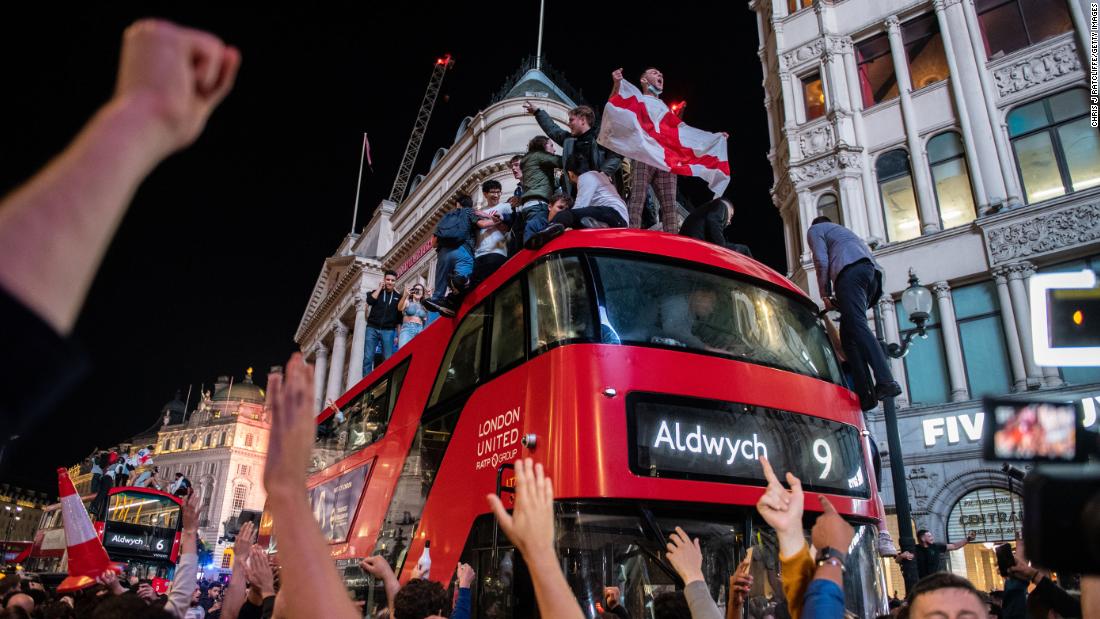 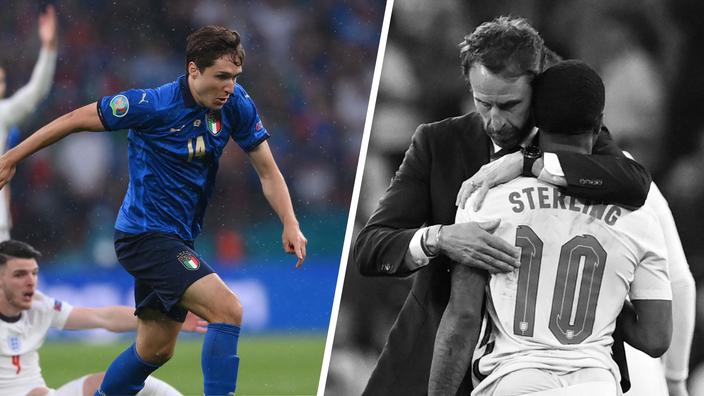 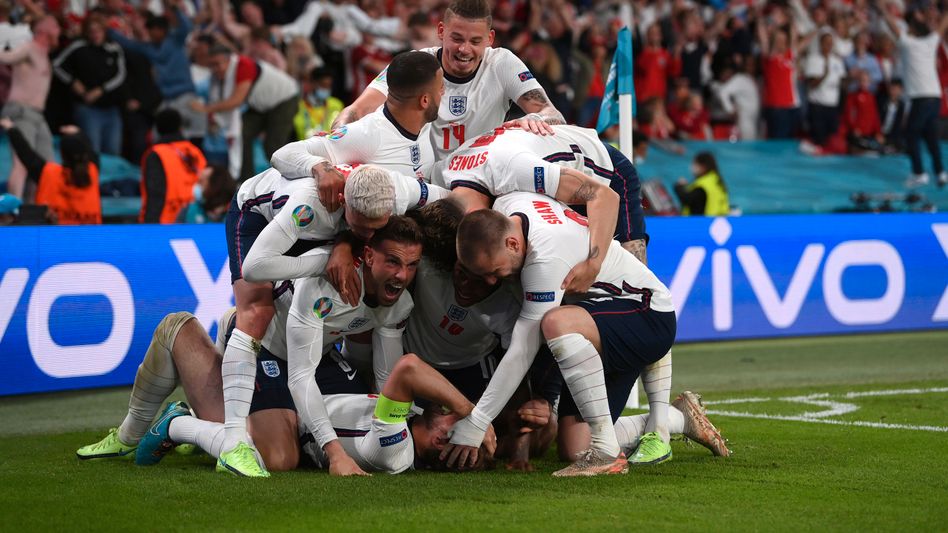