D-1 for the Olympics, at the end of an interminable soap opera which deeply shaken Japan. Special envoy to Tokyo To discover The full program of the Olympic Games September 8, 2013, Buenos Aires. Tokyo obtains in the second round (ahead of Istanbul) the organization of the 2020 Olympic Games. Two years after the devastating earthquake and tsunami (more than 18,500 dead), which caused the nuclear disaster in Fukushima, the Japanese see the ideal scene emerging for express their vital 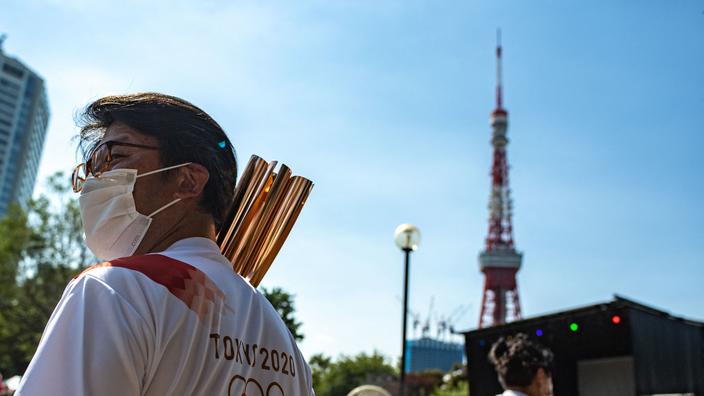 September 8, 2013, Buenos Aires. Tokyo obtains in the second round (ahead of Istanbul) the organization of the 2020 Olympic Games. Two years after the devastating earthquake and tsunami (more than 18,500 dead), which caused the nuclear disaster in Fukushima, the Japanese see the ideal scene emerging for express their vitality, highlight their technology and their history with a close link with the 1964 Games and their emblematic venues (the Tokyo Metropolitan Gymnasium for table tennis, the Nippon Budokan dojo for judo and karate and the Yoyogi National Park and its suspended roof for handball are shown on the venues map). These Olympic Games inherit a nickname "

Games of the reconstruction

If the delivery of the Olympics always looks like a puzzle in which hitches, delays and cold sweats slip through, Tokyo has broken all records of the genre.

“The Olympics are cursed and it is a fact.

Suspicion of corruption, accusations of plagiarism (by the Liège theater) for the first logo, cascade of resignations (including that of Yoshiro Mori, the boss of the Olympics, guilty of sexist remarks), the Olympic stadium project changed along the way for to divide the bill of the enclosure by half, growing and constant hostility of the Japanese (long illustrated by unfavorable polls, before easing slightly at the end of the course), the repetition of the state of emergency (four times) Due to the health crisis before the dreaded closed-door announcement was cut, the Japanese authorities and the International Olympic Committee had to swim against the tide to the end. Deputy Prime Minister of Japan and Minister of Finance, Taro Aso, in March 2020, said: "

It is a problem that occurs every 40 years.

The Olympics are cursed and it is a fact.

Read also: Olympic Games 2020: the program of the day

The 1940 Olympics had been awarded to Tokyo but could not take place due to World War II;

in 1980, the Moscow Games boycotted by many Western countries had delivered a wobbly edition ... The 2020 Olympics (postponed for a year due to the Covid-19 pandemic) will remain an endless soap opera, deepening over the episodes l uncertainty and resentment.

Eric Monnin, vice-president of the University of Franche-Comté, sociologist, specialist of the Olympic movement, tells about the authorities and the organizers who thought, hoped to have planned everything: “

In September 2019, the Japanese government which wanted to protect itself against an epidemic or a bioterrorist attack brought in four of the most dangerous viruses on the planet to study them: Ebola virus, Marburg virus, Lassa virus and Crimean-Congo hemorrhagic fever virus. And in December 2019, we start to hear about things in China ...

"The Covid-19 pandemic will explode, upset all projects, will impose, on March 24, 2020, the one-year postponement of the Olympics.

Tokyo will see the budget explode (an additional cost of 2.3 billion euros, bringing the official budget to 13 billion euros which make the Tokyo Olympics the most expensive Summer Games in history, ahead of London in 2012) and the threat of Covid-19 looming until the last moment.

But these decried or expected Games will indeed take place. Framed. Without spectators. After the ban on foreign spectators on March 20 and the establishment of a reduced capacity of Japanese spectators (50% of the capacity of the venues, with a maximum of 10,000 people), the Japanese authorities decided to go in camera on the 8th. July in view of the worsening health situation. Easing measures could be taken for events contested far from Tokyo, for example in Fukushima (baseball, softball) but in Sapporo (marathon, walking) the Japanese local authorities have taken the lead and asked the public to '

»To attend the marathon and the events because of the risk of infection with Covid-19.

Before the pandemic, the expected ticket sales were 680 million euros ...

I believe we have already missed the opportunity to cancel ... We have been forced into a situation where we cannot even stop now.

But, after regretting the cancellation of certain test events, the Olympic Games will try to respect the program.

In a unique setting and configuration.

Like the torch relay which had to put up with the reluctance of certain cities (such as Osaka) due to the persistence of the pandemic to trace its route in the shadow of the planned route.

A flame that neither enlightened nor warmed anyone and made its entry into Tokyo on the sly, far from the fervor of the traditional festival.

In this unprecedented context, Eric Monnin suggests the importance of these Games of silence: “

The Olympics took place in 1948, they could have said we have something else to think about after the Second World War. In 1948, there are still ration tickets in France, it will stop on December 1, 1949. These Olympics, it creates hope. Another example, in 1968, the Hong Kong flu killed more than 300,000 people in France… There, we are in the post-Covid era and it is unthinkable not to relaunch all these projects. It is essential to recreate the event. These Games are a big part of it 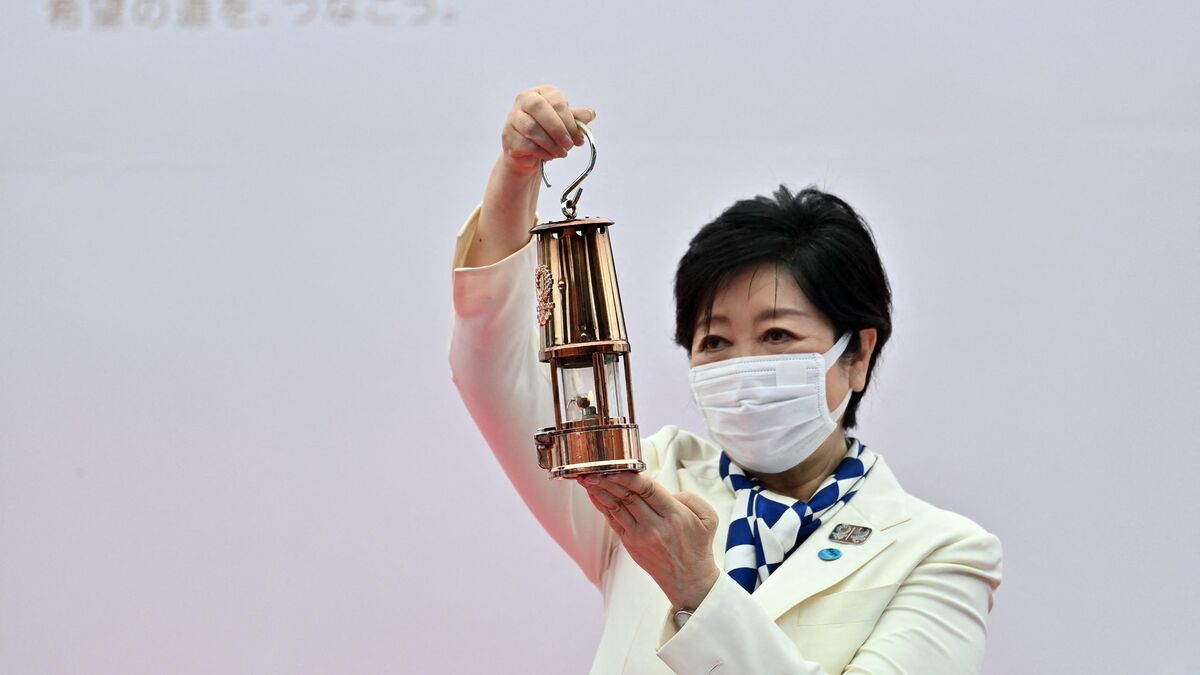 2021 Olympics: the Olympic flame arrives in Tokyo for a relay without an audience 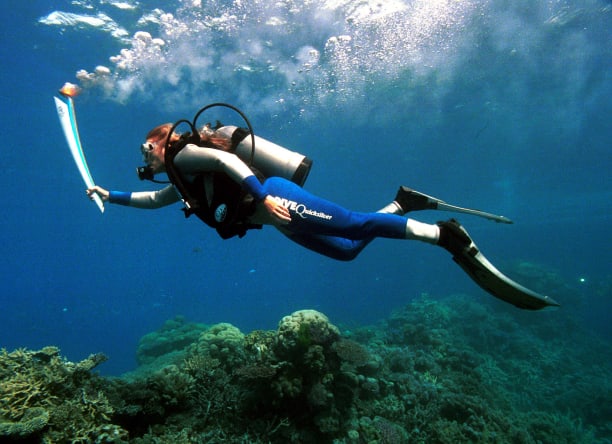 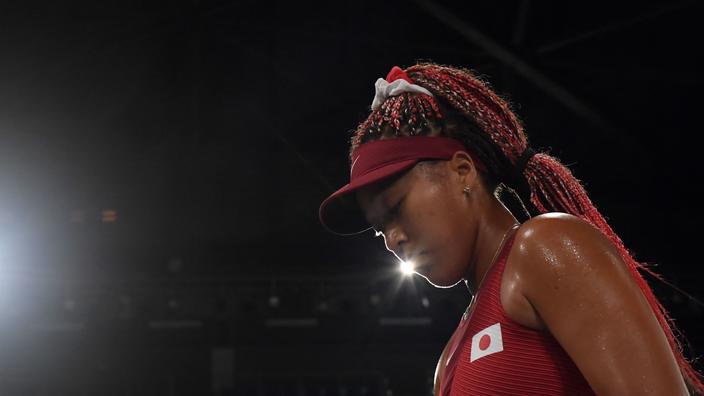 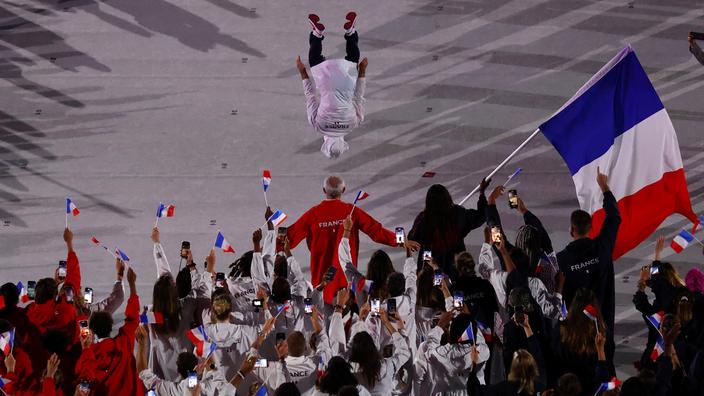 Paralympics: the social challenge of Paris 2024