The number one has all the great trophies except for the Games, in which he offers his worst competitive average and in which four years ago he suffered one of the toughest defeats of his career

On August 8, 2016, when night had already taken over Rio de Janeiro and Juan Martín del Potro was savoring victory, Novak Djokovic left the track in tears, collapsed as he had never been seen before.

“Without a doubt, this is one of the toughest losses of my career.

It's not the first time I've lost, obviously, but the Olympics are something completely different, you know? "

He had only lost four games that season and, against all odds, he yielded in the first round against the reborn Argentine, who four years ago had deprived him of the Olympic bronze in London and confirmed, because they know each other well and are good friends: “I know how important this event is to Novak.

I know you want the gold. "

Fortunately for the Serbian, Del Potro will not compete these days in Tokyo. "And that is a relief for me," joked Nole upon landing at the Olympic Village, proudly dressed in the red, blue and white tracksuit of his country, ready to take advantage of the experience and, above all, to achieve that gold that resists so much. A record collector of all kinds, Djokovic (34) craves the metal that would top off an overwhelming record. You already know: all the greats, the Davis Cup, number one. However, because that is how his own ribbon marks it, there is a must marked in red: he is missing the Olympic laurel. In 2008 he beat the American James Blake and won the bronze, but the glory resists him. So after thinking it over with his team, he packed his suitcase and finally disembarked in Tokyo.

“It was a dilemma and I had some doubts, but I decided to come because the Games are something very beautiful. They are something special and it is a privilege to be part of the team for the fourth time. I always represent my country, but this time I'm not alone and that gives you wings to do better, "he says after having defoliated the daisy during the interval between his triumph at Wimbledon and on the 15th, when he confirmed his participation. At the time, Nole was reluctant about the restrictions and the last-minute ban on fans being allowed to be in the stands. But the story weighs too much. Nearby, close at hand, in the form of a real possibility, is the Grand Slam (winning all four

the same year) and also the Golden Slam (the greats poker and the Games). Too luscious a goal.

“My admiration for Steffi [Graff, the only tennis player who has achieved the second mentioned milestone] is maximum.

I worked with her husband four years ago and got to know her.

I never imagined that someone had the slightest chance to match what she did [in '88], but now I have a choice and I dream about it.

I take it with great caution, step by step ”, says the champion of 20 majors, at the height of Rafael Nadal and Roger Federer in that record.

Neither one nor the other, neither the Spanish nor the Swiss, will compete in Tokyo, having preferred to reserve themselves for the US Open, which starts on August 30.

“I know that history is at stake, but I need to face things like that, cautiously and calmly because in the past my game suffered from some distractions. I'm very motivated. This year I have won the three Grand Slams and I have a good

”, he anticipates before the premiere of this Saturday (fourth turn of the session that starts at 4.00, TVE and Eurosport) against Bolivian Hugo Dellien.

In any case, Djokovic must face a fact that raises the challenge.

"Roger and Rafa are not there, and that will be strange because I would say that in the last fifteen years not much has happened, but Medvedev, Tsitsipas, Zverev, Rublev ...", he warns when he is reminded of the list of resignations, on alert because The Olympic tournament tends to hide traps and threatening rivals appear in its course that could put him in a tight spot after three sets, such as Struff, Davidovich or Rublev himself in the quarters.

Djokovic, during his press conference in Tokyo.SERGIO PEREZ / Reuters

However, the same question that was posed upon his arrival at Wimbledon, who the hell could stop him in the London grass, floats again in the atmosphere of Tokyo, where it seems difficult for an opponent to get their teeth into it by coming on the back of a streak so impressive: 18 consecutive victories and full in the last three events he has contested. Nadal, in the final in Rome, was the last one capable of defeating him. This season, the Balkan includes 34 victories and only bowed in the Italian arena against the Spanish, against Aslan Karatsev on a disastrous afternoon in Belgrade and against the British Daniel Evans in the second round of Monte Carlo.

"If there is a favorite here, that is him," agrees the Asturian Pablo Carreño.

"But he is also the rival to beat, so he has all the pressure on him," completes the man from Gijón, who also comes into action this Saturday against the American Tennys Sandgren.

"It all comes down to my patriotism and my love for Serbia," emphasizes number one, which has already been tested on the concrete of the Ariake Tennis Park, a place of which he keeps fond memories.

Two years ago he conquered the ATP 500 in Tokyo in this scenario, although he specified before starting the approach: "It was October and we played with fifteen degrees less temperature."

The extinguished fire of Djokovic and Osaka 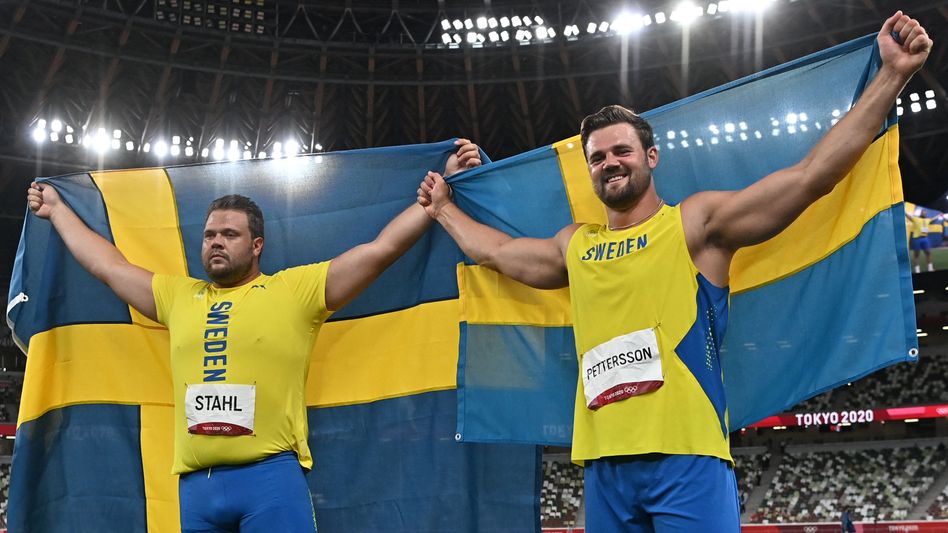 Olympia 2021 today: That was day eight in Tokyo 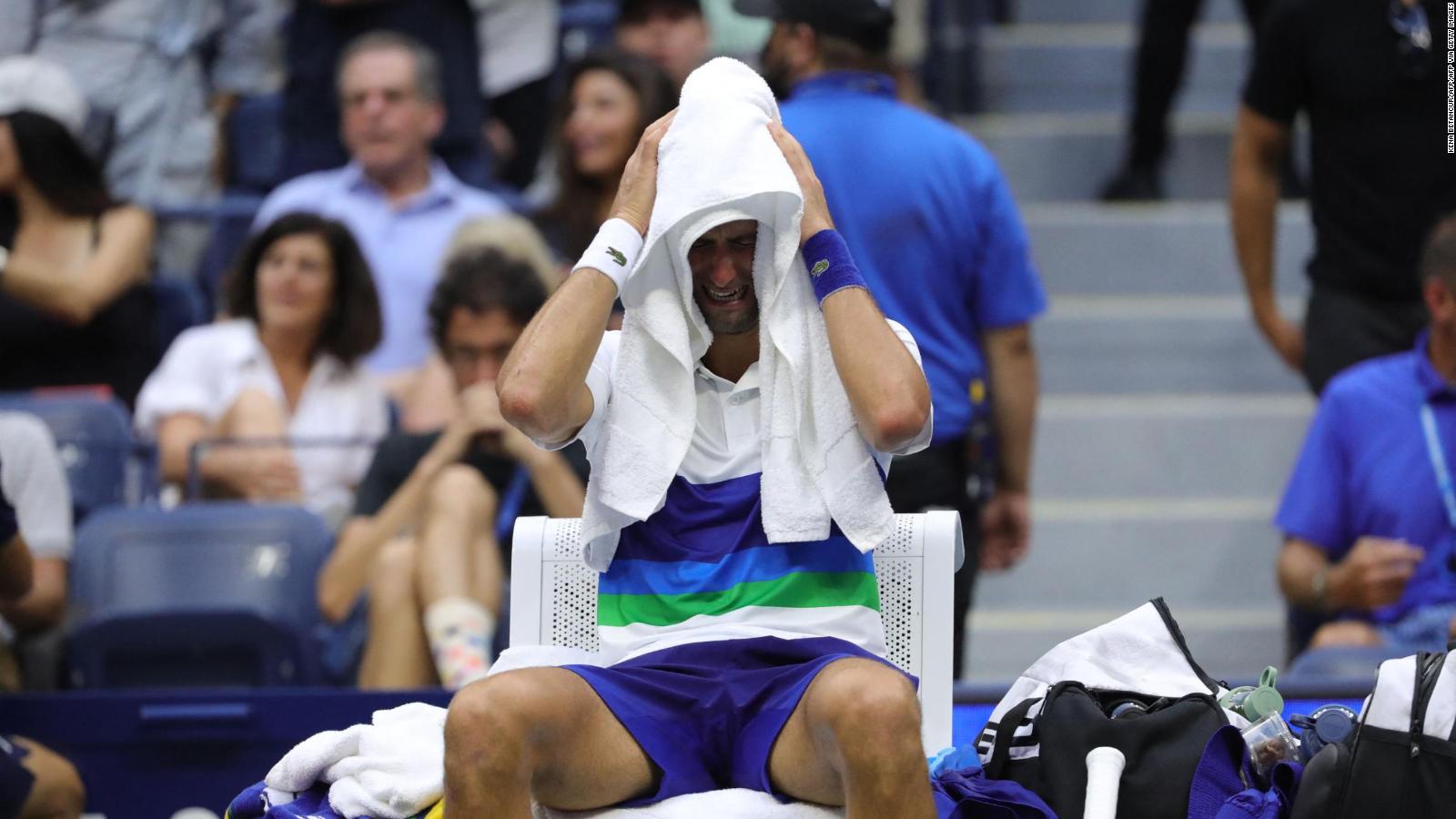 Tennis: who is Daniil Medvedev, the evil chess player who ended Djokovic's dream 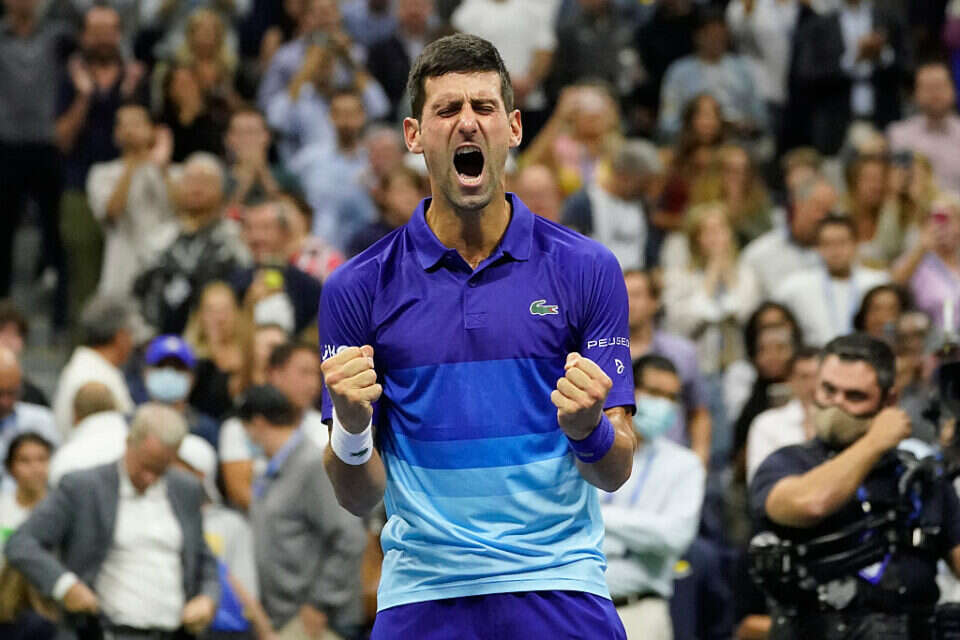