1860 coach Michael Köllner and TSV sports director Günther Gorenzel are happy about the return of the fans to the Grünwalder Stadium at the start of the season. 1860 coach Michael Köllner and TSV sports director Günther Gorenzel are happy about the return of the fans to the Grünwalder Stadium at the start of the season.

Munich - The lions achieved their first success before the season opener.

"The fact that we can play in front of fans again is the most important win," said Sports Director Günther Gorenzel at the beginning of the press conference at the start of the season against the Würzburger Kickers this Saturday (2pm).

"We are as happy as little children."

Not 5250, as promised in the meantime, but at least 3736 fans are allowed when Michael Köllner's team starts against the relegated second division.

The trainer's humorous recommendation: “We are as happy as little children.

All fans who go there should take care of their vocal cords beforehand.

For the first time since February 29, 2020 (4: 3 against Chemnitz), the Lions will again experience the support that not only Köllner missed so painfully.

A home win would offer itself in return.

Köllner is confident: “In contrast to us, Würzburg had a high turnover in the squad.

We want to take advantage of the fact that we can start the season with a well-rehearsed team. "

The goal is clear: In the fourth attempt, the leap out of the DFB's bankruptcy league should succeed.

Köllner's pointed observations: “It feels like there are only two discussions here: When does sixty get the 100 points?

Or: They fill their mouths so full and fall flat out! ”The old black and white that Köllner wants to free himself from:“ We do well to stay in the here and now.

We can attribute the high expectations to ourselves with our performance. "

Greetings from ex-Lion Hendrik Bonmann, who is returning to Giesing as the Kickers keeper: “I made a lot of friends in Munich.

That spurs me on even more. " TSV 1860 Munich - FSV Zwickau in the live ticker: Köllner comeback at the home game against the winless team

TSV 1860 Munich coach Michael Köllner: "We have the winning mentality"&nbsp;

TSV 1860 in the live ticker: Lions want the six-point start in Wiesbaden - worries in defense 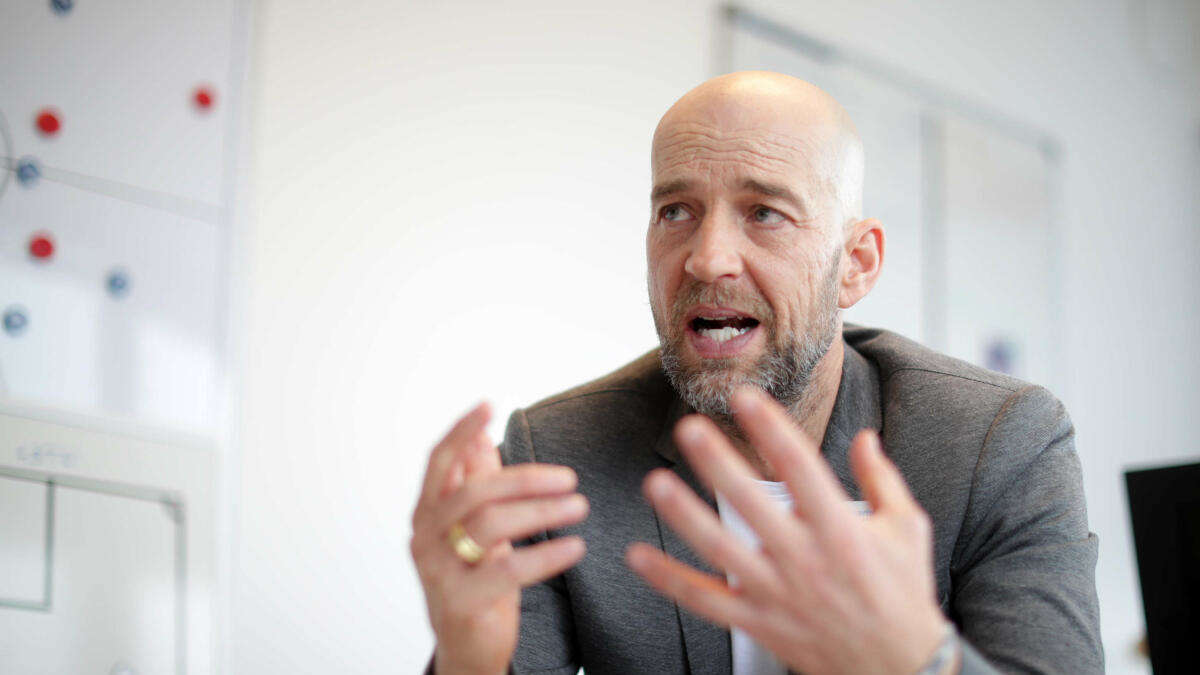 Great excitement at 1860 game: Löwen boss expels folder from bus - "Not even in Russia"