The rowing world champion from Schwaig also prevails in the quarter-finals. On Thursday it's about the finals. “Favorite opponent” Sverri Nielsen is waiting in the semifinals. The rowing world champion from Schwaig also prevails in the quarter-finals.

On Thursday it's about the finals.

“Favorite opponent” Sverri Nielsen is waiting in the semifinals.

The rowing world champion from Schwaig was one and a half seconds ahead of the Brazilian Luca Verthein Ferreira in his quarter-finals on Sunday morning.

Third, the Lithuanian Mindaugas Griskonis qualified for the semi-finals, which are now planned for Thursday at 4.10 a.m. CEST instead of Wednesday.

The uncertain weather situation has already messed up the schedule.

Actually, the quarter-finals should have taken place on Monday morning.

So nothing came of the two-day break after his preliminary victory (we reported).

One day after his birthday, Zeidler had to answer again.

And then he first saw the opposing boats whiz past him.

The man from Schwaiger stayed calm and started at high speed.

After 500 meters he was already in the front - but only four hundredths.

After one kilometer it was already 25 hundredths.

With 500 meters to go, the lead had grown to one and a half seconds.

However, it was not possible to extend it easily and save energy.

Because Griskonis and Verthein Ferreira dueled in second and third place "I still had a lot to do to manage the whole thing," said the 25-year-old after the race.

In addition, the headwind dragged the race out.

"That was pretty tough then," said Zeidler after the race, which was 7:12 minutes, ten seconds slower than in the lead.

In contrast to the competition, the Schwaiger did not stay in the water to extend it.

"It doesn't do me much good in this heat," he said afterwards.

He preferred to sit down on the Ergo in an air-conditioned room and stretch out there.

Heino Zeidler, father and trainer of the rowing world champion, was “very satisfied with the performance of his son. You can't do more than win. At the moment the times don't matter. ”It's all about getting to the next round. "Olli really only did as much as it took to win."

The coach has also recognized: “The competition shows no weakness either.” Two of them, the Dane Sverri Niesen and the Greek Stefanos Ntoukos, are waiting for the 2.03-meter man from Schwaig in the semi-finals on Thursday.

The other boats come from Russia, Hungary and Japan.

Three boats qualify for the final, “but Olli also wants to win this race.

He now has four days to recover ”, said the father, who the day before with his son“ celebrated one of the most unspectacular birthdays of his young life ”,“ We ​​went out to dinner, nothing more was possible.

You can't get out.

It is not possible to buy something to bake a surprise cake. ”That is a bit of a shame.

“But this is about the Olympics.

And I'm sure that Olli will always remember this birthday. " 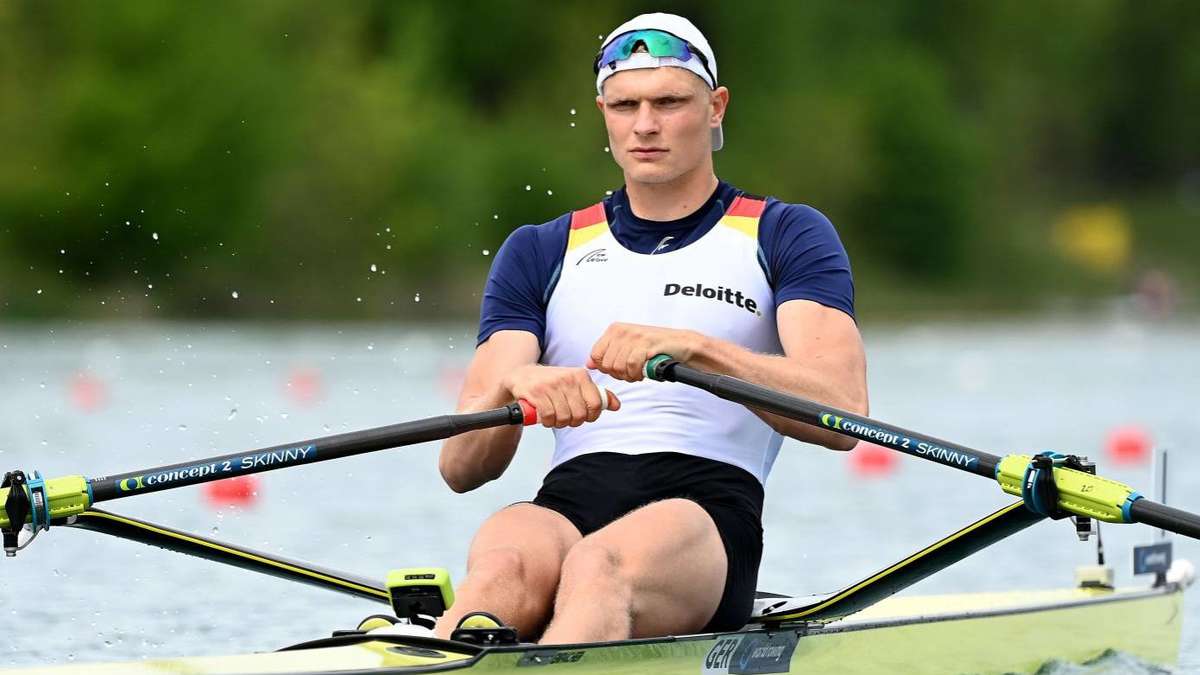 The vice world champion from Schwaig

Rowing: Germany eight is subject to photo finish in Lucerne