The DFB team lost their Olympic opening in Yokohama against Brazil. After the game, the players around coach Stefan Kuntz stood by the microphones. The voices for the game. 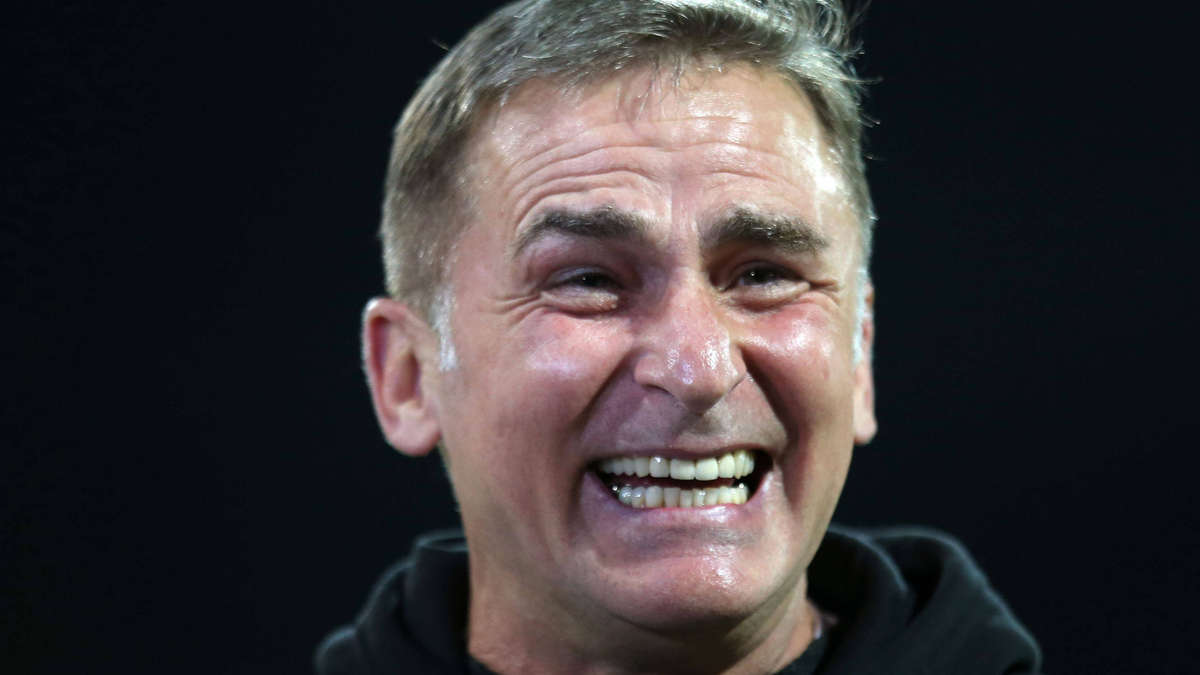 The DFB team lost their Olympic opening in Yokohama against Brazil.

After the game, the players around coach Stefan Kuntz stood by the microphones.

Yokohama - After just half an hour, the first game of the German soccer team at the Olympics * appeared to be over.

Everton striker Richarlison had already scored the 3-0 for his Brazilians, the DFB * selection seemed to fall apart.

In the end, Stefan Kuntz's team fought its way up again and even scored two more goals.

But it should not be enough, with a 2-4 defeat Max Kruse and Co. start the Olympic football tournament *.

After the end of the game, players and coaches declared bankruptcy against the Olympic champion.

We summarize the statements.

Stefan Kuntz (Germany coach) at the press conference about ...

... a possible engagement in Russia.

Kuntz had been asked: “Mr. Kuntz, our press has been writing in the last few days that you will come to Russia after the Olympic Games to work with our national team - so is that really the case?

We are waiting for you. ”After a brief thought and a laugh, the 58-year-old Saarlander did not deny the rumor.

After the Olympics in Japan, he wants to let everything sink in peace for now.

"Then I'll tell you afterwards whether what you say is true," replied Kuntz with a smile.

“We didn't play well in building up the game, we played a lot of bad passes.

And that has little to do with the opponent.

If we have little courage and no precision in the passports - we have made many counter-actions possible for Brazil without them having to do anything in return.

We had no access, Brazil could have scored more goals.

Then as a coach you hope that this is the shot over the bow ... "

... the condition of his team:

"The boys are physically not up to scratch either, it is not a reproach, it is due to the time of the current preparation."

“I'm annoyed that I should have taken Maxi Arnold out earlier.

It started well and we wanted to make the switch.

I thought there would be no more critical situation.

I attach the thing to myself. "

... the replacement of Amos Pieper at the break:

“It has nothing to do with the maximum penalty, he already had a yellow card.

I don't want to protect Amos now, but we could have made more changes today - for reasons of performance. "

Video: Footballer with a false start!

Kuntz team against Brazil without a chance

“Let's start with an apology: My boys didn't get off their shoes properly, weren't lively enough.

Maybe we were missing a bit of preparation.

But that's the only thing that can be attributed to the team.

Otherwise we didn't play a good game, we gave the Brazilians way too much space.

We should have conceded more than three goals in the first half. "

“We made so many mistakes in possession of the ball and then just chalked up.

I didn't think we'd play such a game today.

I thought we were already on. "

“It was a brutally tough game for us. In the first half we had too much respect, we didn't get into the duels and we didn't talk to each other. Something was missing everywhere. And they brutally exploited that. In the second half we wanted to show a different face, and we did that too. Even if we were outnumbered, we believed in it until the end, with a 3-2 we would have been well served. But we still have two games, everything is still possible. "

... the reasons for the bankruptcy:

“We don't want to look for excuses or pity because we're few people or something.

We did a lot wrong in the first half, we have to work through that, we have to be self-critical.

We don't have to be afraid right from the start in the next game and play bravely, as we did today with a minority.

Then everything is possible. "

Max Kruse (Germany) at Eurosport about ...

“We didn't implement what we set out to do.

We haven't made it to the tournament yet.

We didn't run until the pass had already been played and we were always one step too late.

Brazil then let loose after the red card, but the win would not have been deserved for us either.

We didn't come here to attend the ceremony.

You didn't see that in the first half.

You can already see the Olympic flair, but we'd rather get points.

Anyone who can read the table knows that it will be a final on Sunday ”.

Benjamin Henrichs (Germany) after the game about ...

... the defensive behavior with the four goals conceded:

"What we did there was a joke"

Amos Pieper (defender, Germany) after the game over ...

“I wasn't up to par with every goal I conceded. I'm sorry for the team. I have to nibble on it for a moment ”.

After the Olympic bankruptcy: Completely insane job offer for Kuntz - DFB trainer has to laugh first 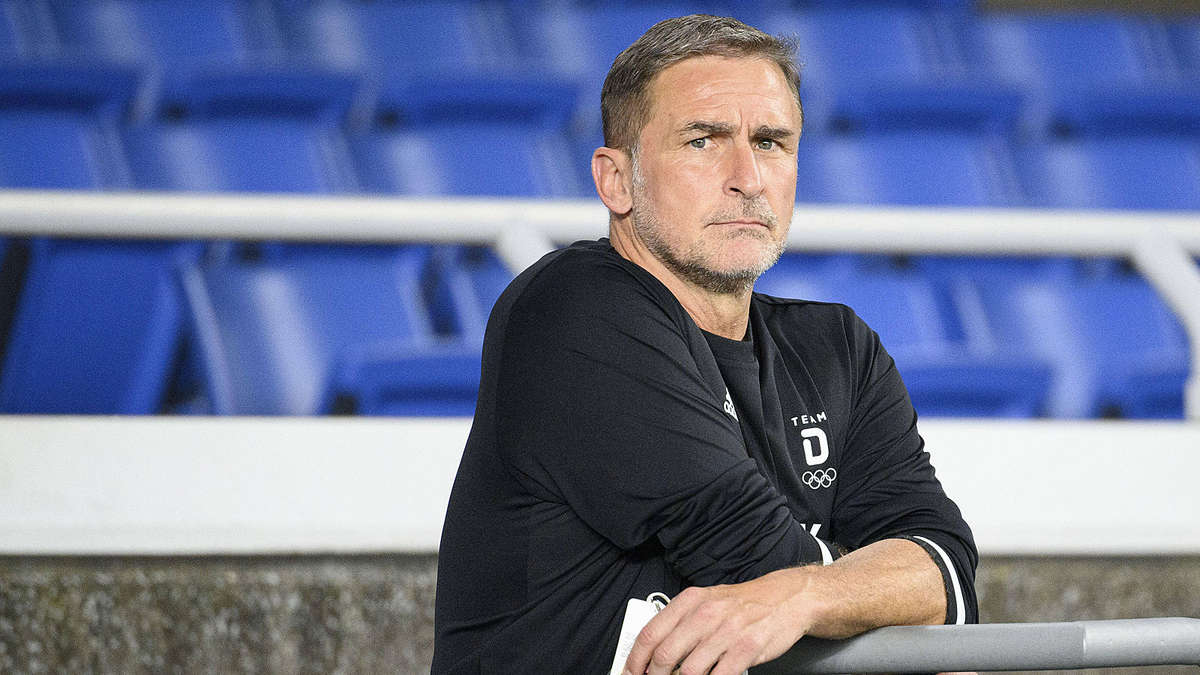 After the Olympic bankruptcy: Kuntz gets a crazy job offer - the DFB coach has to laugh immediately 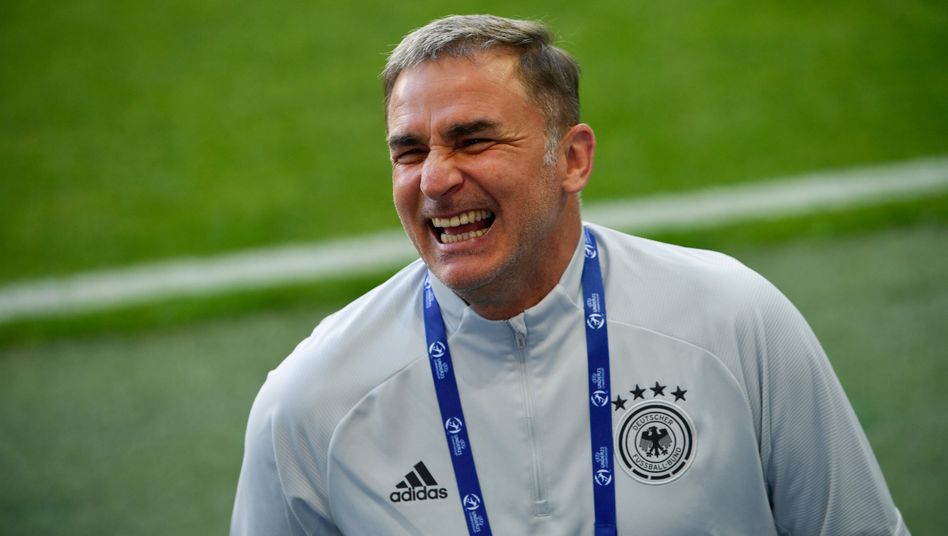 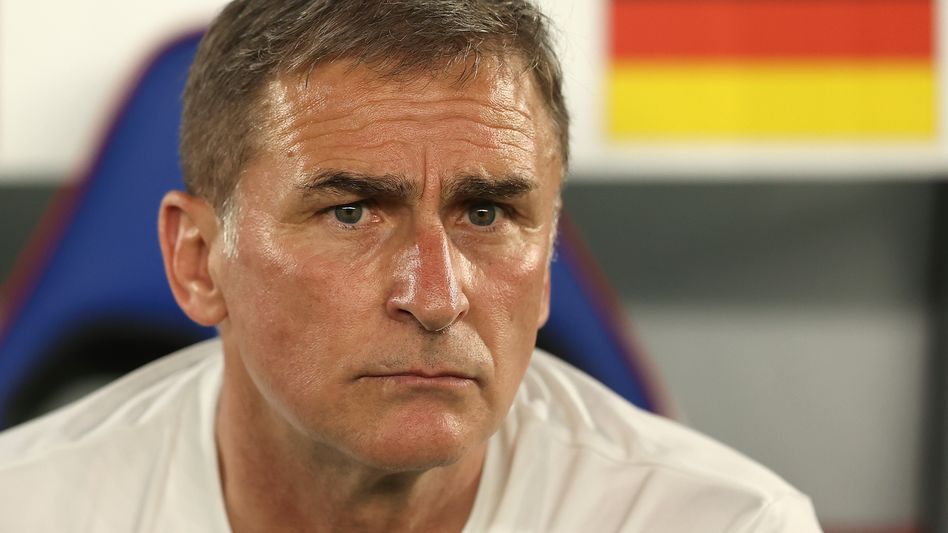 Stefan Kuntz after the DFB team left the Olympics: "My body gives clear signals that it is at the limit"