The leaders of the German clan in Tokyo sent home Patrick Moster, sports director of the cycling delegation, after having pro 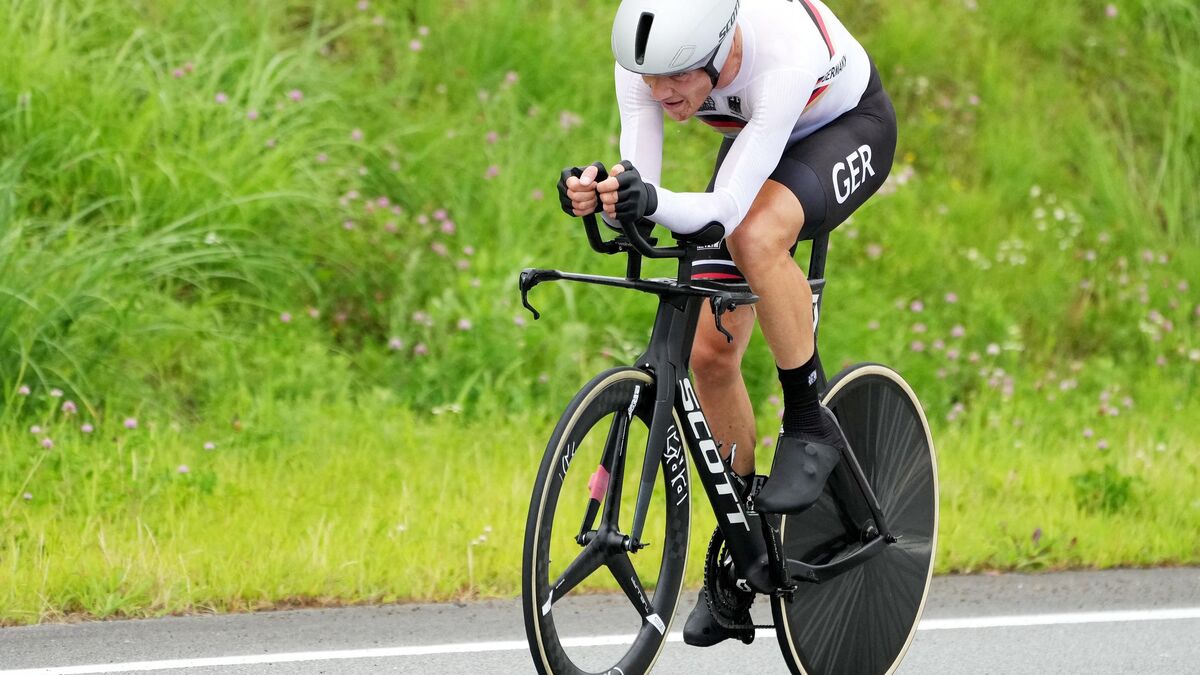 The sports director of the German cycling delegation was fired from Tokyo by his own leaders.

The fault of racist remarks made against the competitors of Nikias Arndt, during the time trial on Wednesday.

“We are convinced that his public apologies for the racist remarks he made yesterday are sincere,” said the president of the German National Olympic Committee Alfons Hörman, “but with this slippage, Mr. Moster has violated the values ​​of the Olympism: for the German team, fair play, respect and tolerance are not negotiable.

"The words used are unacceptable"

Having started just behind his rider, the sports director had encouraged him to "catch up with the camel drivers", a clearly racist allusion to the two athletes who preceded him, the Eritrean Amanuel Ghebreigzabhier and the Algerian Azzedine Lagab.

A scene broadcast live on television for which he fortunately apologized: "I'm really sorry, the least I can do is to apologize (...) It shouldn't have happened"

Racist remarks directly condemned by one of the main concerned Nikias Arndt: "I am shocked and I clearly want to say that I distance myself from his comments, the words used are unacceptable", tweeted the German runner after the race. Arndt finished the time trial in 19th position, 3′45 ′ 'behind gold medalist Primoz Roglic.

Racism scandal has consequences: German bicycle functionary has to leave 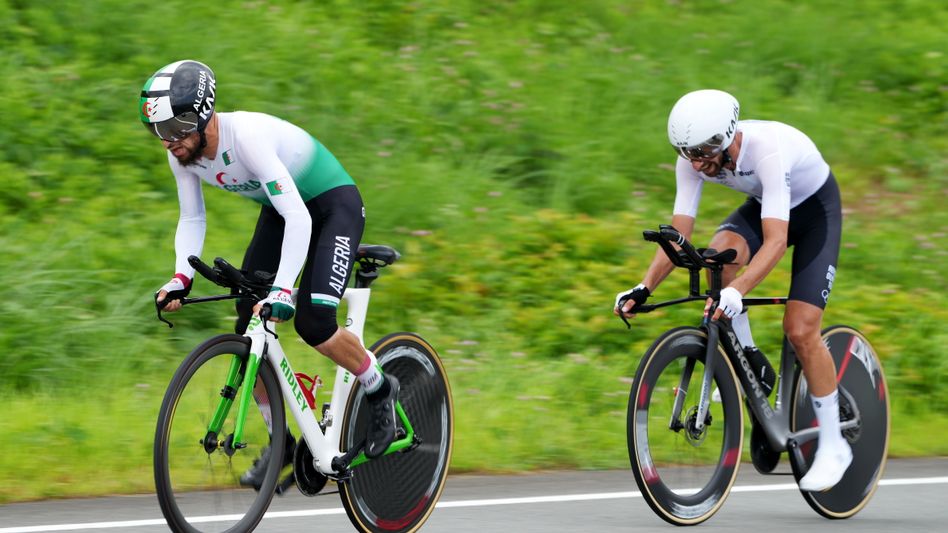 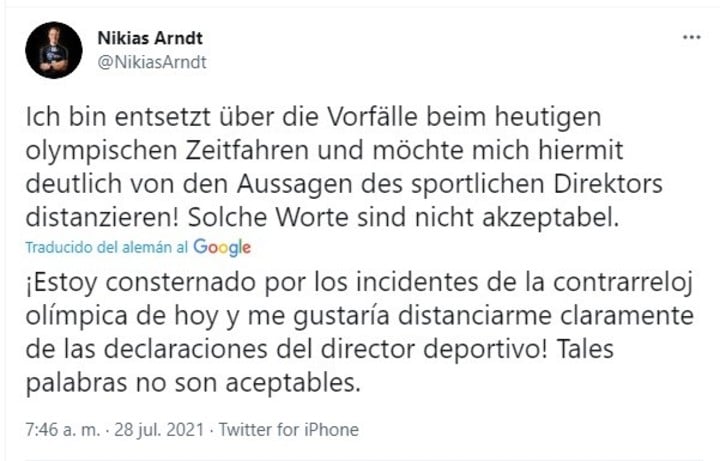