JO: Elaine Thompson-Herah: "I was very nervous before the race"

Victorious in the 100m final for the second time, the Jamaican sprinter confided her feelings after her impressive run in 10''61. 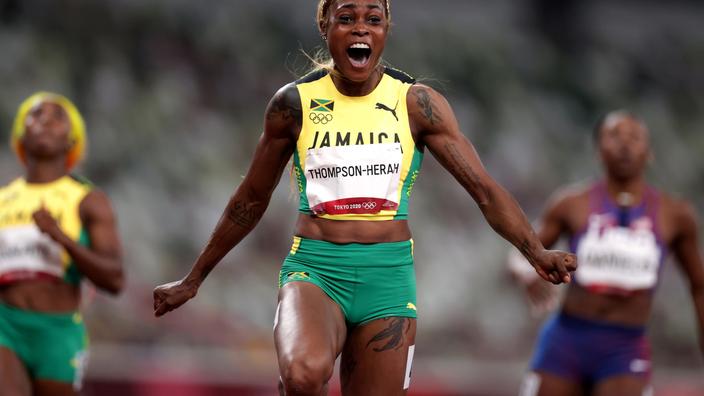 ", she explained at a press conference . “

I had no time in the lead, we did our best, I had my best race, I don't think I could do better. As for the time, I don't look at the statistics,

”she added after having run the second fastest time in the history of the straight line behind the world record of the American Florence Griffith-Joyner (10 49 in 1988).

I'm happy to cross the line in good health.

(due to an Achilles tendon injury).

But I believed in myself, and the team around me was very good.

I qualified by finishing 3rd in the 100 and 200m but I was annoyed by this injury.

I didn't expect to run so fast tonight.

I said to myself: “come on, you've already done it, you can do it again”.

The 34-year-old Jamaican also reconsidered her positioning as a role model for young people. “

Where I come from (an underprivileged part of Kingston) I didn't have anyone to model. Knowing that young athletes are inspired by me is incredible, 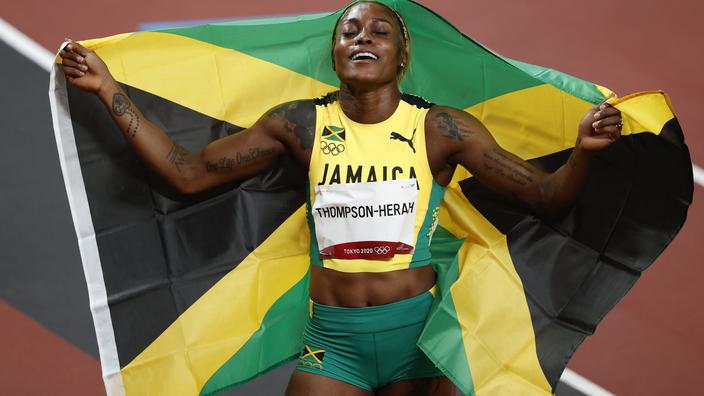 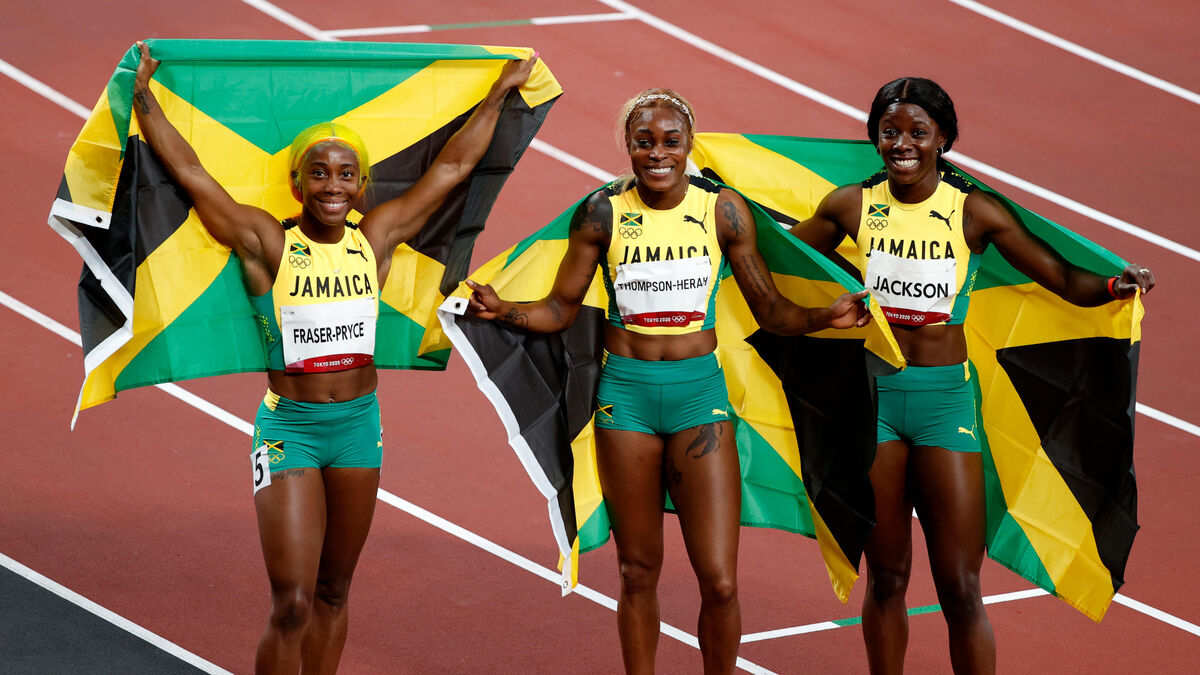 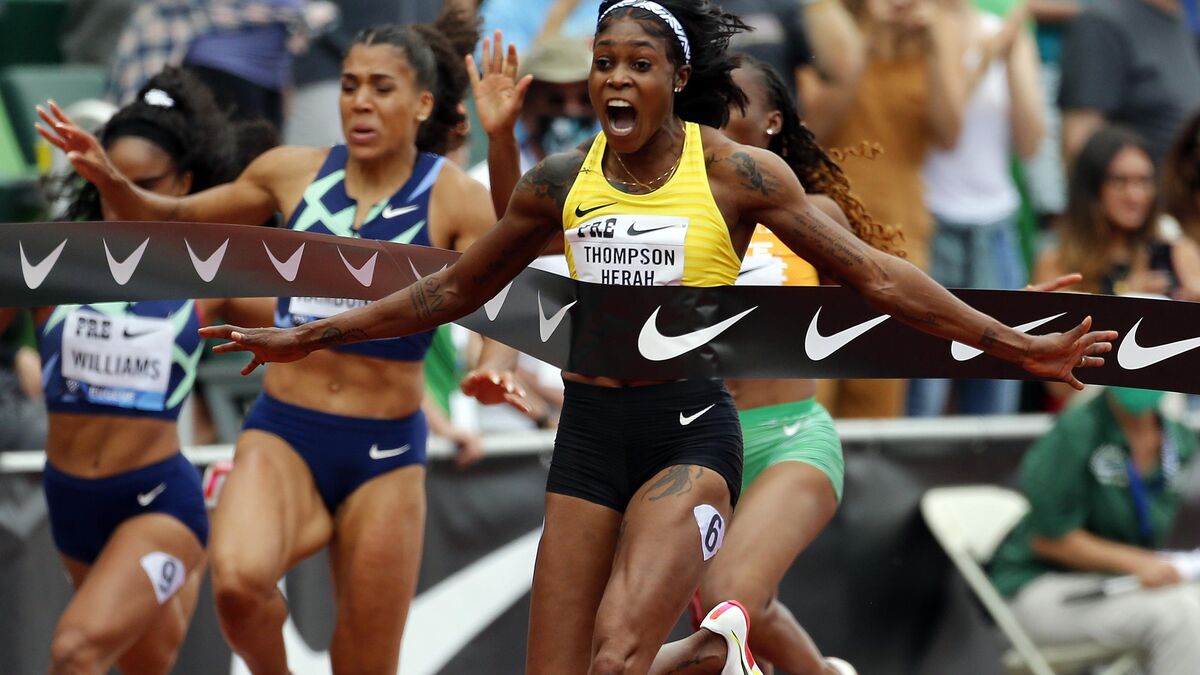 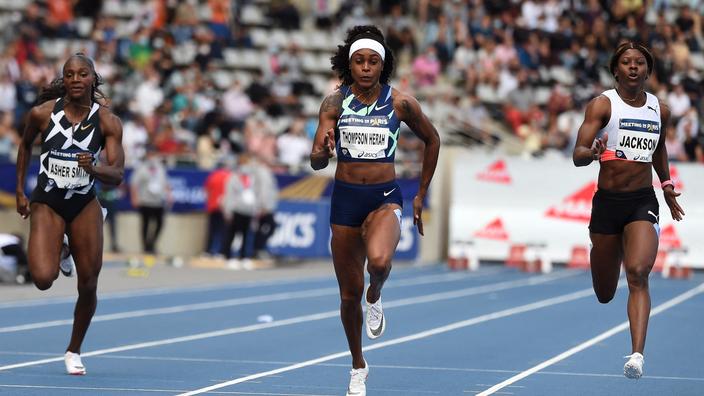 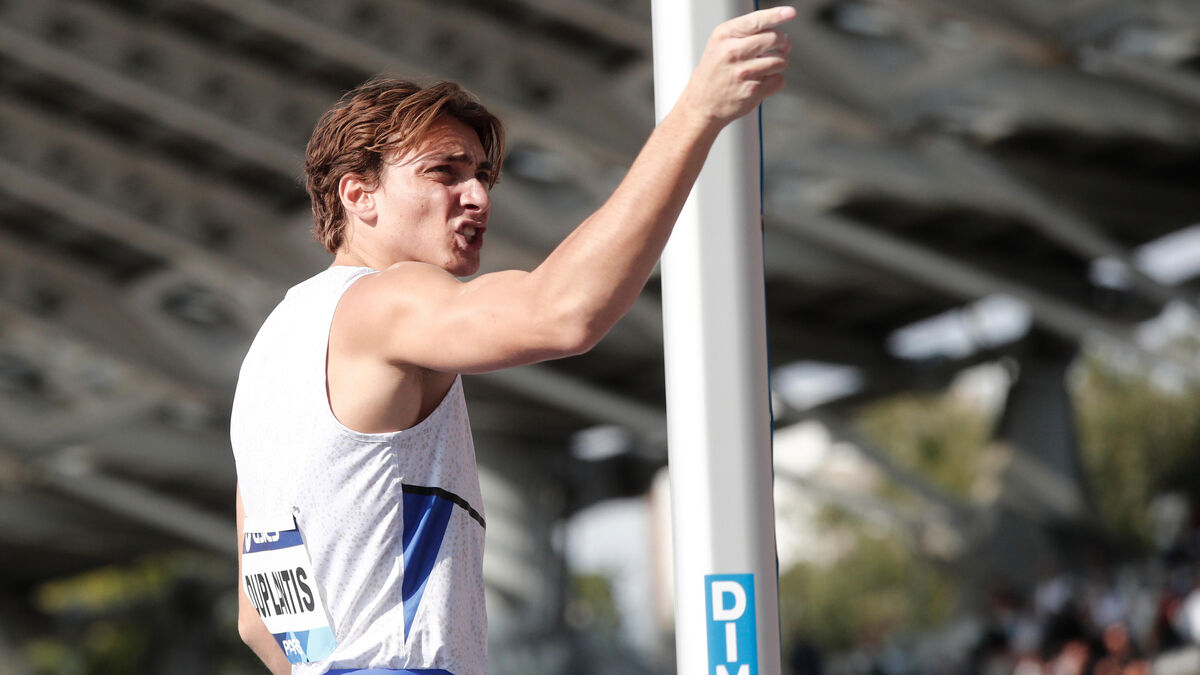 JO: Elaine Thompson-Herah: "I was very nervous before the race" 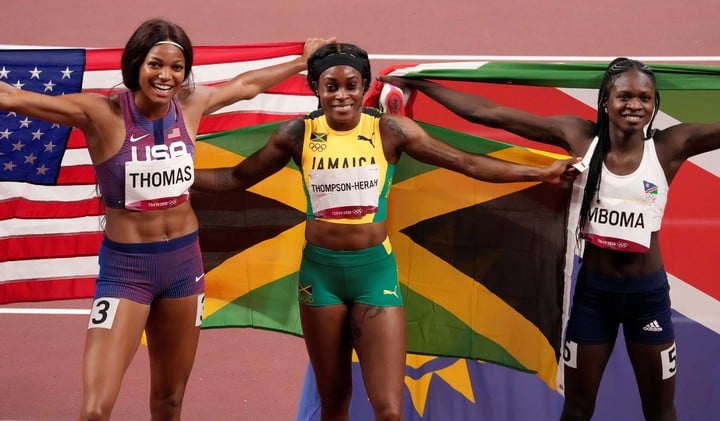 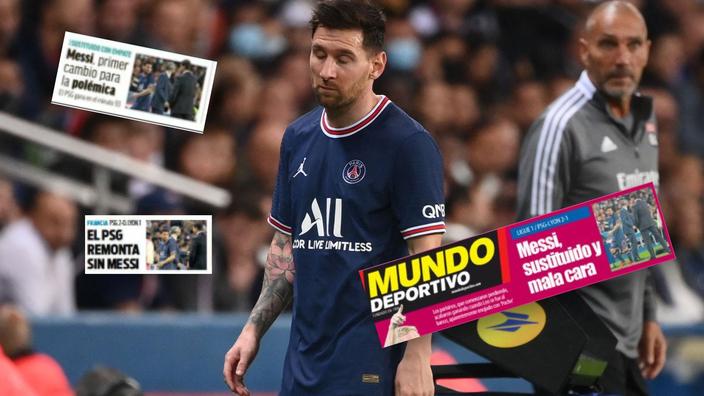