F1: Ocon "thought of all the years of sacrifice" after his victory

Winner in Hungary of his first Grand Prix, the 24-year-old Frenchman Esteban Ocon (Alpine) thought on the finish line of "all the years of hardship, of sacrifice, of work in the shadows" that have led him. in Formula 1. 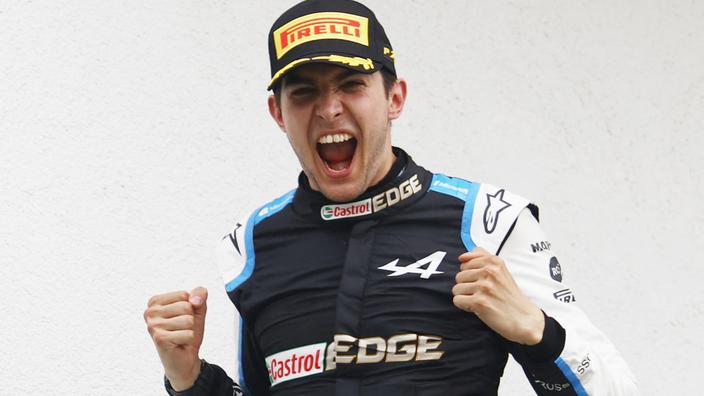 Do you realize what is happening to you?

Incredible to have won this race, which is also one of my favorite Grands Prix.

It's a track that reminds me of a lot of the kart tracks that there are around my home, the tracks where I quite simply started (he was born in Evreux in Normandy, editor's note).

It goes on, the driver can make the difference even if it is difficult to overtake.

In qualifying, on one lap, it's really good ”.

This is the first victory for the Renault team, now called Alpine, since their return to F1 in 2016.

“Yes, and I hope it will be the first in a long line and that we will be able to share podiums with Fernando (Alonso, his teammate).

Today he fought like a lion, it's just a legend.

It is also a little thanks to him this victory because he keeps Lewis behind for a long time ”.

“It's hard, it's hard. We don't necessarily expect it, when he attacks it comes a bit out of nowhere each time. He is very opportunistic, he sees the weak points of the drivers in front and uses them. He saw that we were a little weaker in a straight line and at the first corner, he had a chance, and we had to push afterwards to widen the gap ”.

When did you think victory was possible?

“Ten laps from the end.

When you're first in a race when you didn't necessarily have the speed to be there, I told myself that there was going to be a Carlos (Sainz, Ferrari), a Lewis (Hamilton, Mercedes), a more car fast that would come back and potentially create problems for us.

But when at ten laps I was told that there were no threats behind (besides Vettel, editor's note), I told myself that it was possible ”.

Ocon after his victory at the Hungarian Grand Prix: "Something crazy"

Did you know that Hamilton, who was going faster, had the mathematical possibility of coming back?

“No at this time they didn't tell me.

I didn't know about Lewis but I expected that anyway ”.

What was your first thought?

“The first, I think, was the team's confidence and the happiness of being reborn a little bit after the three difficult races we had - France, both in Austria.

The team always believed in me, and not all teams would have.

I thought of all the years of hardship, of sacrifice, of working in the shadows, in the cellar, from 5 p.m. to 4 a.m., every weekend.

All that pays off, I always told myself that it was going to pay off one day, that people would see my efforts, my motivation.

Today it has come ”.

Have you ever thought about this victory?

And I thought about it just before the race, by the way.

Even though I told myself it wouldn't happen.

With the rain I told myself that things were going to happen.

We talked about it with Laurent (Rossi, director of Alpine), we said to ourselves that there was only one step left to climb, after 2nd place in Bahrain last year.

When the race was interrupted, Laurent told me: + I didn't tell you but it's been two, three days that it smells good +.

I told him not to tell me that (he laughs), I was looking for wood to touch but I did not find any ”.

F1: pileup in the first round, the Hungarian Grand Prix interrupted (video)

How does it feel to be surrounded by two multiple world champions on the podium?

And for Vettel to find out that you are being sidelined from Force India ...

Is it physically one of the toughest races of your life?

It was very hard, I can't wait to be able to land.

It's vacation now so it's a good time ”.

F1: Ocon "thought of all the years of sacrifice" after his victory 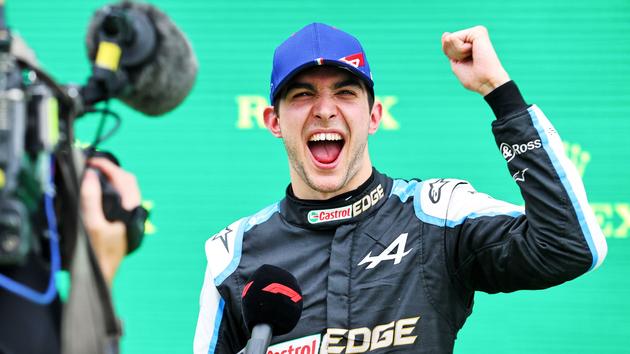 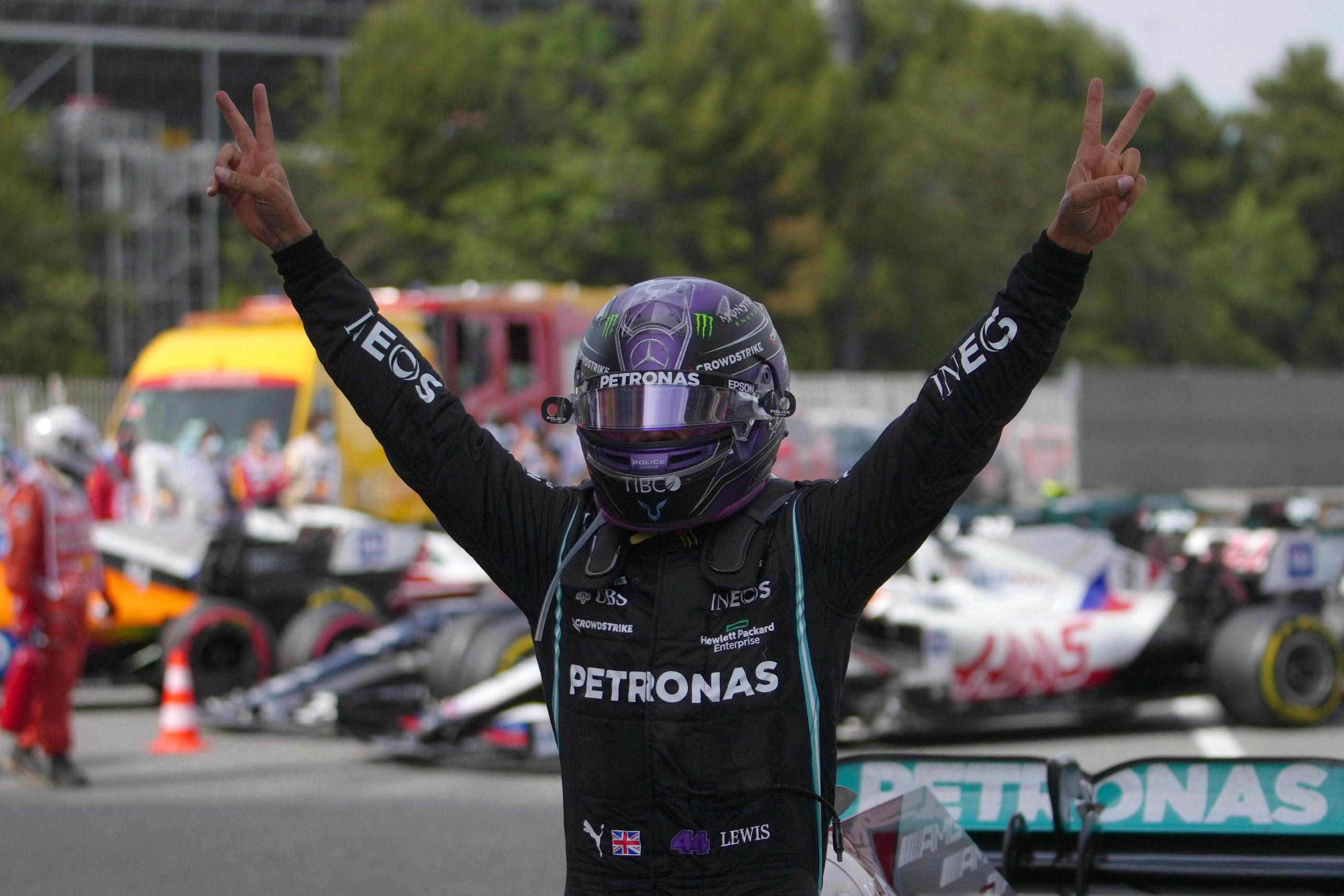 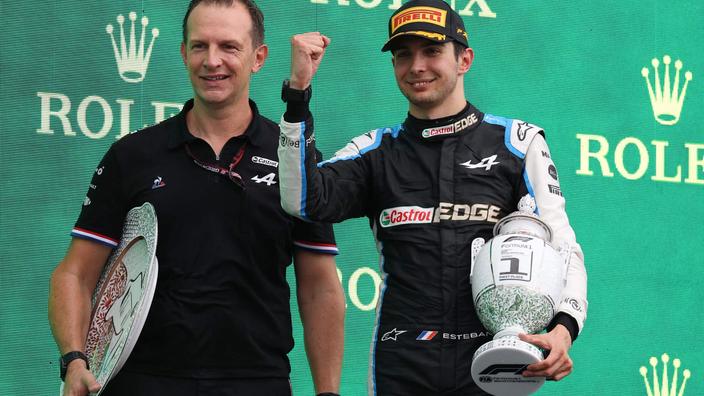 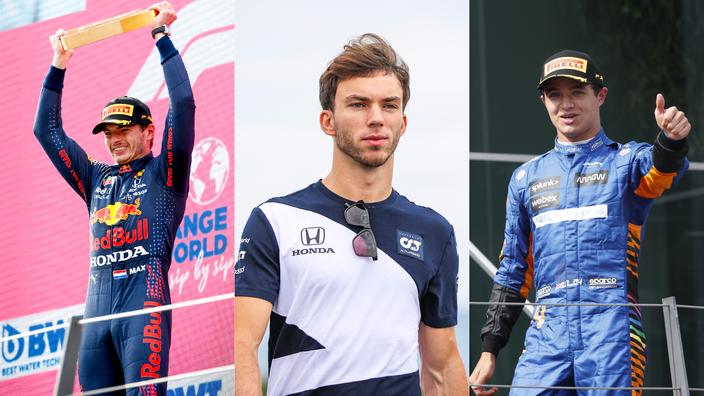 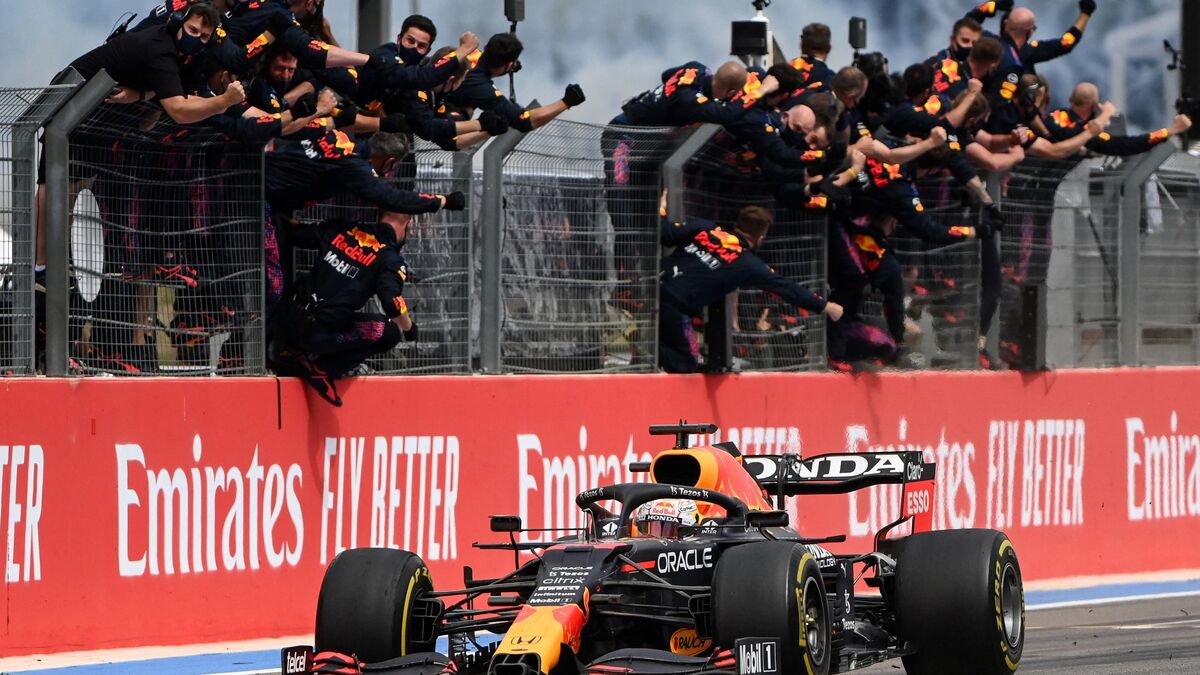